The Tourism Authority of Thailand (TAT) announced today that after “successful” Sandbox pilots of Phuket and Koh Samui, the program would expand on October 1st to include the capital of Bangkok and Chiang Mai, Chon Buri, Phetchaburi, and Prachuap Khiri Khan.

There is a further opening of 31 destinations planned from mid-October, and the tourism minister is looking to reopen the entire country for vaccinated tourists without quarantine in January 2022.

The reopening of the additional destinations is expected to follow the Sandbox model that would require vaccinated tourists to stay within a specified area for 7 to 14 days before traveling elsewhere.

It is unclear if tourists are required to apply for the certificate of entry (COE) which is a quite document-heavy process, and conduct four PCR-RT tests at their expense (before travel, upon arrival, and days 6 & 12).

Under the Sandbox program, visitors must also prepay for hotels and request SHABA documents for the first 14 days (max 2 hotels) or until they leave (if they don’t stay 14 days) the country.

My COE & Sandbox Experience so far: 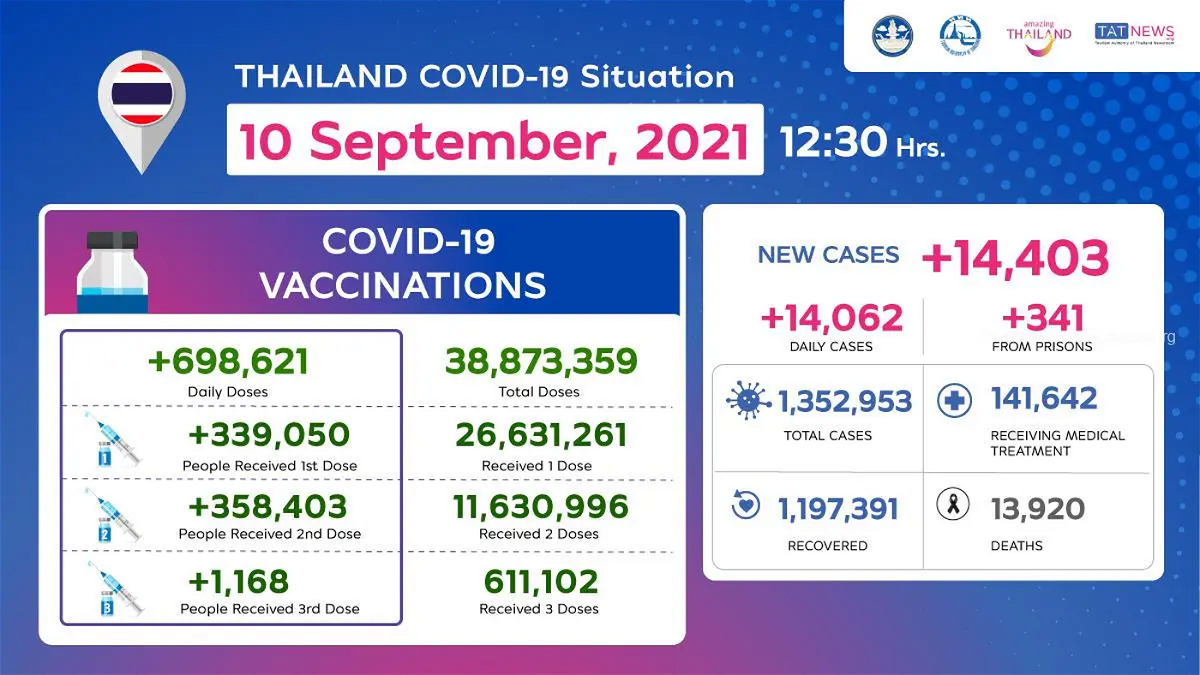 Like many other nations here in Asia, Thailand was able to keep the Covid-19 infections down until this year when the Delta variant hit.

Less than 20% of the population has been fully vaccinated.

Announcement from Tourism Authority of Thailand:

“This October reopening will be launched alongside with the country’s newly adjusted ‘universal prevention’ guidelines against COVID-19, under which Bangkok, Chiang Mai, Chon Buri, Phetchaburi, and Prachuap Khiri Khan are getting ready, including accelerating vaccination for the local population and formalising tourism campaigns; such as, Bangkok Sandbox, Hua Hin Recharge, and Charming Chiang Mai,” Mr. Thanakorn said.

From mid-October, another 21 destinations up and down the country will reopen. These include Chiang Rai, Lamphun, Mae Hong Son, Nan, Phrae, and Sukhothai in the North; Bueng Kan, Nong Khai, Ubon Ratchathani, and Udon Thani in the Northeast; Kanchanaburi and Ratchaburi in the West; Chanthaburi, Rayong, and Trat in the East; Ayutthaya in the Central Region, and Nakhon Si Thammarat, Ranong, Satun, Songkhla, and Trang in the South.

Thailand is set to proceed with the fourth phase of reopening in January 2022, with 13 border provinces to reopen under travel bubbles with neighbouring countries.

All four phases will cover the reopening of 43 provinces across Thailand.

As is often the case with these announcements coming from Thailand, the details are relatively sparse and usually not cleared up until the very last minute when the program is set to go live.

Thailand cannot process any significant number of tourists if the arrival procedures follow the same method I experienced last week in Phuket. The setup can handle few plane loads per day, but not more.

How many are willing to go through the COE application process that you cannot start until you are within 30 days of scheduled arrival? Unfortunately, it is often the case that you don’t get the COE until very close to the departure light.

If Thailand wishes to see the real reopening of its tourism sector, they should only require complete vaccination and pre-departure Covid-19 PCR-RT test and drop all other COE application and arrival/follow-up test requirement nonsense.