Japan is a country where customers still heavily frequent travel agencies and the nations biggest ones are JTB as well as HIS which are both bleeding cash due to the ongoing pandemic and lack of business. 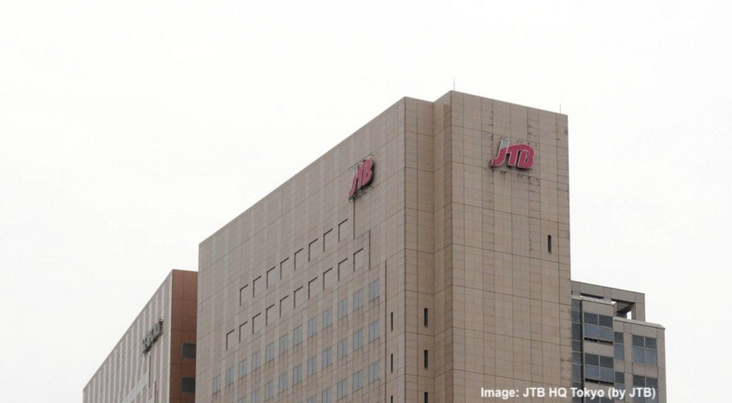 The companies are now taking drastic steps and JTB announced today they have sold their Headquarter in Tokyo, prime real estate in the Shinagawa district.

With running expenses and being located in one of the most expensive cities in the world both agencies have now let go of their real estate in the hopes to restructure the company, raising capital.

As The Japan Times reported this afternoon JTB finalized their deal this week and announced it today.

Travel agency JTB Corp. said Tuesday that it sold its Tokyo headquarters as well as another building in Osaka as it progresses through a restructuring effort aimed at shoring up its finances after the COVID-19 pandemic killed demand for its services.

JTB sold the buildings for several tens of billions of yen to bolster its cash reserves, a company source said. A JTB spokesperson declined to comment on specifics regarding the sale value or name of the buyer.

The company will continue to use the building in Tokyo’s Shinagawa Ward as its headquarters on a lease contract basis, the source said.

The major travel agency is attempting to weather the COVID-19 storm as it posted a record net loss of ¥105.2 billion in the fiscal year ending in March.

Demand slumped due to travel restrictions imposed during the coronavirus pandemic and the company’s capital adequacy ratio dropped to 6.9% as of the end of March from 24.3% a year ago.

To cut costs, JTB plans to reduce its group headcount by 7,200 and close 115 domestic outlets, or about 25% of the total, while raising ¥30 billion ($271 million) to strengthen its capital base through a third-party allotment of preferred shares with financial institutions.

Similarly, its domestic rival H.I.S. Co. sold its head office in the capital’s Minato Ward for ¥32.5 billion to improve its cash position.

So JTB has sold the HQ building in Shinagawa but won’t vacate it. Instead they will lease it back from the new owner who will most likely make a killing.

Renting any office and retail space is extremely expensive in Tokyo and Shinagawa is still in the prime area, let alone buildings of this size that house an entire HQ. Leasing this space back will cost JTB a fortune.

HIS – as mentioned in the article – already sold their own building in Minato for 32.5 Billion Yen which is ~ $290M.

Japanese customers like to use travel agencies as it’s part of their service culture to get the booking done by someone rather than doing their own hunting online (depends on the generation too of course).

Japanese Travel Bureau (JTB) and HIS have both sold their headquarters in order to raise cash. The companies are looking to restructure and downsize amid the pandemic and it’s economic impact on their business.

It’s been horrible for these big travel agencies and tour operators, unable to generate significant revenue so yes they are fighting for survival. They will however pay the price for this transaction in the long haul. Paying monthly leases for a whole building like this will go deep in their pockets.

Airfare of the Day [Business Class] IBERIA Madrid to New York from 1,261€