In the middle of it’s worst economic situation in decades and a decimated tourism industry Thailand once again pulled out all the stops for a successful marketing campaign, charging foreigners 500 Baht per arrival to improve their tourism sector from the beginning of next year. 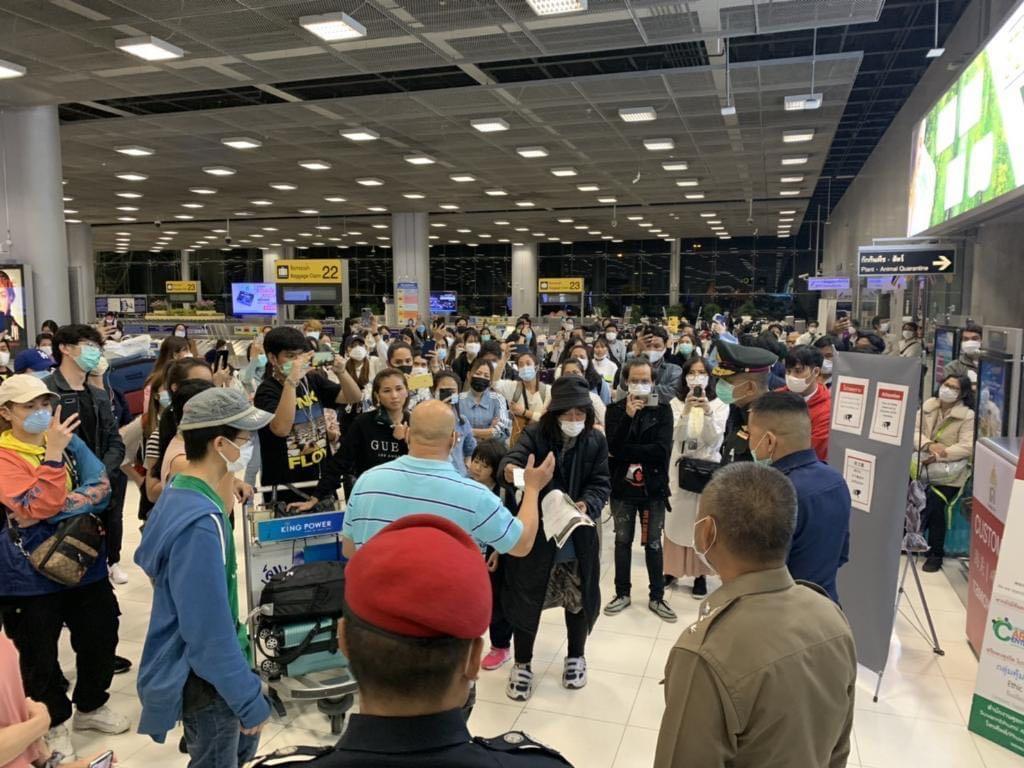 The last time this was talked about was back in January when the Thai government proposed charging Tourists an entry levy of several hundred (300) Thai Baht under the disguise of “managing local tourist destinations” (whatever that means).

It seems like 300 Baht wasn’t really enough for them and since January the price now went up to 500 Baht (US$15) because… why not!?

As the Bangkok Post reported today the decision has now been cemented and Thai tourism authorities are immediately started dreaming of all the money coming in for free.

The Tourism and Sports Ministry is poised to start collecting a 500-baht tourism fee for a “tourism transformation fund” next year, with the budget following a co-payment model.

The Centre for Economic Situation Administration last week approved the creation of the fund, which is expected to subsidise projects that transform the industry, focusing on high-value and sustainable tourism.

Yuthasak Supasorn, Tourism Authority of Thailand (TAT) governor, said the fee collection of 500 baht per person should start next year, with the aim of collecting 5 billion within the first year, assuming 10 million foreign arrivals in 2022.

The National Tourism Policy Committee already gave the nod to start the fund earlier this year, with a proposed fee of 300 baht per person.

Mr Yuthasak said the additional 200 baht will be earmarked for: projects initiated by the private sector, community enterprises, or social enterprises that would like to transform their business to meet the fund’s strategy; helping the country restructure from mass tourism to high-value or a bio-, circular and green economic model; and environmentally concerned tourism. …

The fund is also meant to budget insurance and development projects for foreign visitors that require government initiatives rather than the private sector, including those needing matching grants from local administrations, said Mr Yuthasak.

After the concept is approved, the Tourism and Sports Ministry and TAT are required to have discussions with related authorities about setting up the fund committee and funding mechanisms, such as how to collect the fee from tourists, he said.

The committee must develop a criteria to determine which projects are eligible for financial support.

“The additional cost won’t have an impact on tourists as we want to focus on the quality market,” said Mr Yuthasak.

Here we go with that fantasy again of Thailand becoming a “high quality tourist” destination that spend a boat load of money per visit. When will these people finally realize that this isn’t going to happen?

Furthermore I wonder what all the owners and operators of small B&B and lower class hotel into the 2*/3* and even cheap 4* range think about the TAT’s plan to primarily focus on and drive the “premium tourist” market and therefore abandoning their section of the industry. Top shelf tourism doesn’t represent the bulk of the business and you can’t feed all the mouths relying on the industry with a few “quality market” tourists.

According to Statista (Hansa Manakitsomboon, 2021)  in 2020, the employment in tourism sector accounted for around 11.6 percent of Thailand’s total employment. In that same period, the size of tourism employment in Thailand amounted to approximately 4.37 million.

With the entire country and the tourism industry on it’s knees, the arrogance of these people is really hard to top by any measure.

Then there is the ever more changing purpose for the money essentially taken out of the peoples pockets without any direct service provided.

Can anyone remember the exact same topic of a mandatory health insurance with 100 THB fee per tourist which came up in May of 2019? Or the same again in May of 2020 for fighting Covid-19? Then in January they said the 300 Baht fee will also include a laughable 35 Baht insurance premium (US$1) to provide health coverage for the visitor.

Let’s be crystal clear about something: Thailand won’t see even a fraction of 10 Million foreign tourists next year (2022) and this charade of a US$1 health insurance, tourism development plans and other “initiatives” is nothing else but a fraud. The statement alone shows how out of touch these people are with the reality.

Thailand is still in the middle of Covid-19 and still has measures in place that in part limit travel between the provinces, meaning even Thai’s can’t travel to let’s say Phuket or Samui without a vaccine and Covid test. Foreign arrivals are highly restricted and require a Certificate of Entry as well as a costly 7-10 days quarantine/sandbox process upon arrival that includes several expensive PCR tests to the tune of 8000 Baht.

Back in January I wrote that volume Tourism in Thailand is dead until the local population is immunized en masse and that won’t be in 2021 given the current schedule. It developed exactly the way I estimated back then and the high season 2021/2022 is already lost as foreign travel partners have lost hope and trust in Thailand providing a reliable schedule and environment to do business with.

Paying 500 THB upon arrival sounds easy but it will actually prove to be a logistical nightmare to which anyone who knows Bangkok Airport can attest. Nobody will have Thai Baht in cash upon arrival, there aren’t even ATM’s – only cash exchange counters – and they can’t just tag it onto the ticket as that would impact all travelers, even transits with departures on a separate ticket and most importantly Thai citizens as well as Thai residents who have their own health insurance and aren’t tourists to begin with.

Collecting cash will take forever. There are barely enough resources and spaces to process regular arrivals by simply stamping their passports. The only way to manage this in a semi-fair way would be to add it automatically to tickets and exempt those that originate from Thailand. But then what about Those who arrive on a one way ticket from abroad and aren’t tourists? The entire approach doesn’t make any sense. 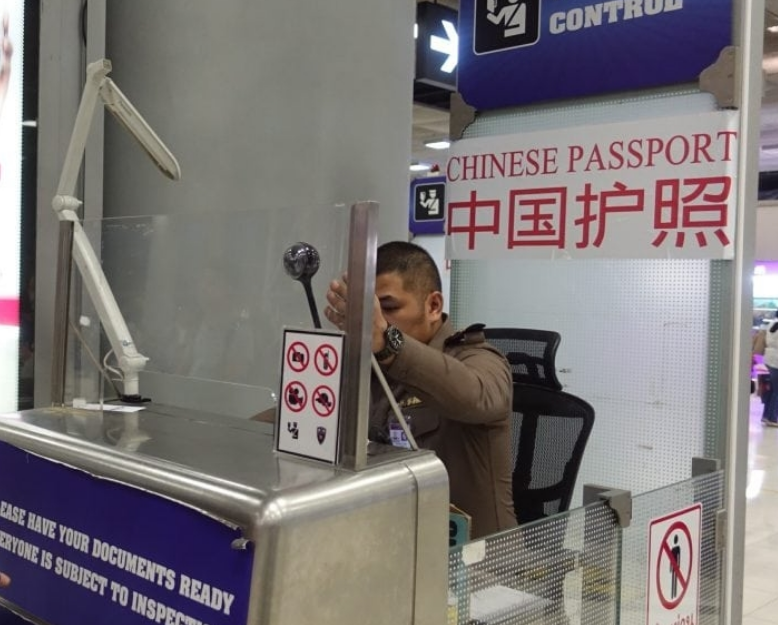 Let’s face it: It’s simply a cash grab! Through last years first proposal a sum of 3.8 Billion Baht was expected to be taken in annually with a 100 THB levy. Then they were talking about 300 THB and now 500 Baht so you can quintuple that estimate in the future once tourists are in fact coming back in volume. No chance for this year (or next for that matter).

How about actually providing some goods or services to people and earn the money in an honest way rather than just adding another tax without anything in return? Strange concept, I know!

Don’t forget that upon departure from Thailand you’re already paying a 700 Baht departure fee that is now packed in the airline ticket and therefore invisible to unsuspecting travelers. Many years ago this fee had to be paid in cash at the airport. Are we now going back to that?

Thailand has tried many times over the years to get this foreigner entry levy on the way as the number of tourists presents an opportunity to simply get a lot of money for nothing in return. Tourists already spend money by the virtue of being tourists, to develop the sector you have to use the proceeds from that commercial activity. It’s simply the cost of doing business. Why should foreigners pay outright to develop the infrastructure of Thailand?

The whole approach of targeting “high quality tourists” which in their mind probably means wealthy individuals who spend a fortune on their vacation is another trip to fantasy land. Someone who plans to really spend a lot of money goes to the Maldives or similar luxury destinations, not to Thailand. Thailand always represented “value for money” and that was the allure of traveling there.

The prevailing mindset of Thai officials (and sometimes common folk) that wealthy people from abroad don’t mind being ripped off is mind boggling and I’m not talking about the $15 fee but the general concept of all this playing together. Instead of eating a humble pie given the current situation, arrogance still reigns supreme.

Airfare of the Day [Business Class] FINNAIR Paris to Bangkok from 1,199€