Breaking news tonight as Thailand has just made a surprise, confirmed announcement that they will open up to a total of forty six countries from November 1, 2021 under the countries reopening plan. 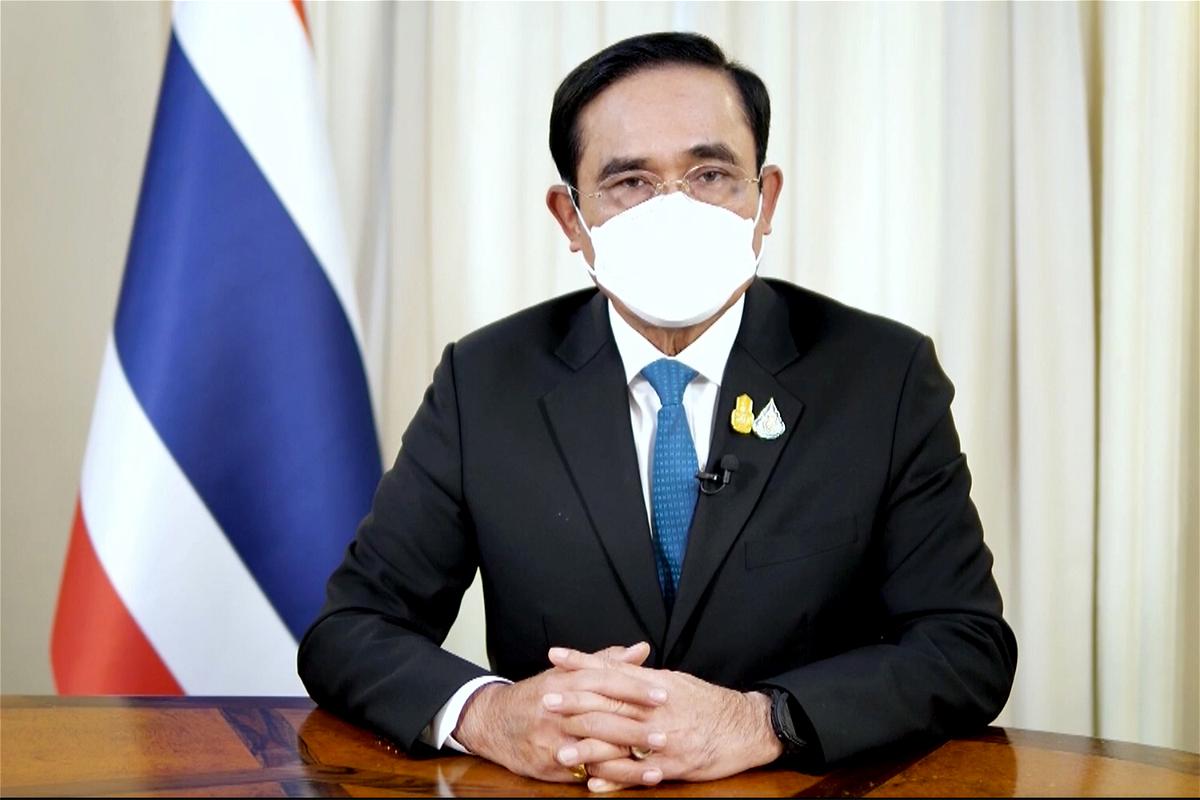 The full, expanded list is now available together with the framework for the conditions attached which need to be observed by travelers.

It’s needless to say this was long in the making and they took their sweet time going at in but in the end it came through and we’re able to positively report on these confirmed news.

This was just posted on social media including the Facebook page of the Thai Ministry of Foreign Affairs (MFA).

We originally expected only twenty countries to be on the list but now it’s a total of forty six: 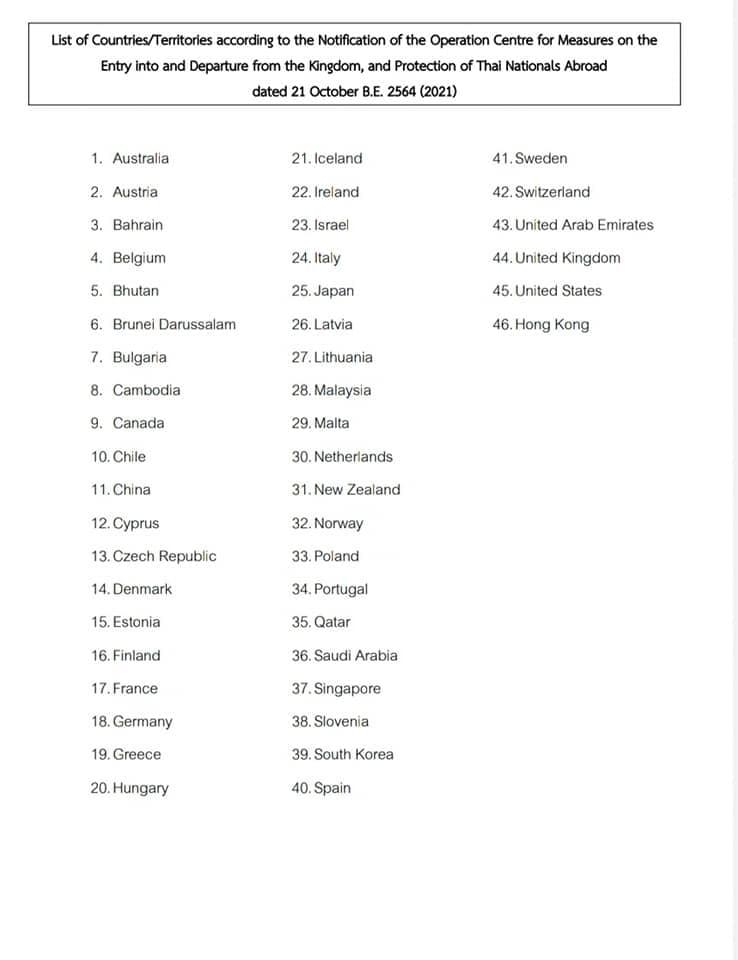 The list a lot more expansive than the last, inofficial one but as I mentioned in that article it really didn’t make much sense as there were countries such as Canada excluded while the U.S. was included. I think they had the revelation that it wouldn’t be very efficient to open up in tranches and arbitrarily exclude countries for now good reason initially.

The graphic below clarifies that the country list is defined as the following “Travelers must reside in the eligible countries for at least 21 consecutive days” which means it’s not about the nationality of the individual entering but rather that they have spent time in an eligible country for three weeks prior.

Since many countries don’t stamp passports anymore and some people have more than one passport you can interpret from that what you want in terms of options.

All of Europe is included, from North America only the USA and Canada made the list while Mexico did not. From South America only Chile find itself on the list. Japan and South Korea will be eligible, as is Hong Kong and China however all of these countries have rather punitive measures for returnees in terms of quarantine (Korea being the most lenient of them all). Malaysia is listed as well.

A surprise: India and Russia are not eligible and neither is Taiwan. That’s going to be a bummer for many.

Here is a translation of the official order: 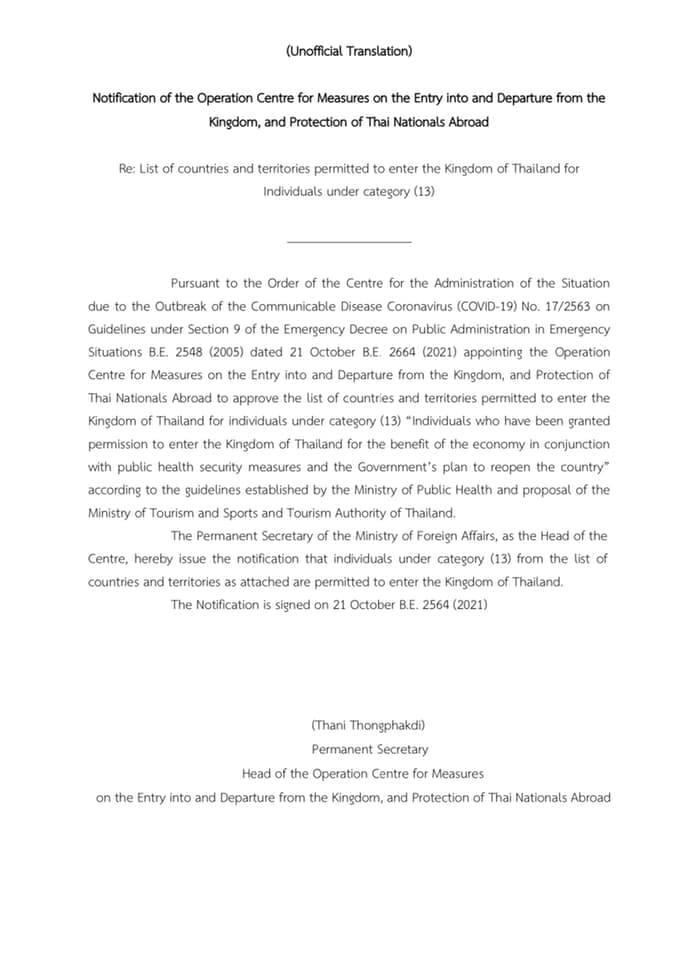 Here is a graphic to clarify the exact requirements: 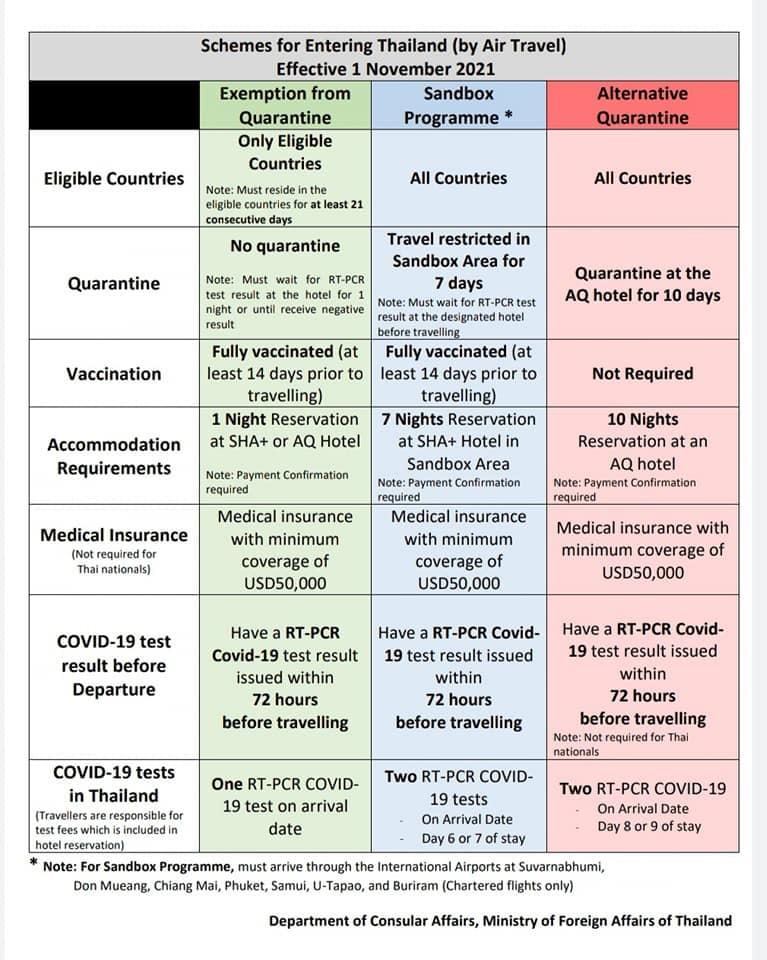 Travelers under the Quarantine Exempt model are required to:

Noteworthy are that the insurance policy minimum went down from $100,000 to $50,000 although this won’t have much if any impact on the cost of insurance. Not sure what the point of that is unless it’s just for cosmetics as $50,000 sounds less punitive.

Hotels will still have to issue prepaid certificates and also charge for the arrival RT PCR test. Who knows where this will be administered, if on site at the hotel then fine. Otherwise I found the way Phuket handled it with the traveler prepaying and taking the test at the airport much more efficient.

It’s unclear (at least to me) what they refer to as the Sandbox Program and the list of eligible airports for arrival or transits. I’ll revisit this point later when I was able to clarify what that actually means.

Here is once again the process concerning the Thailand Pass App: 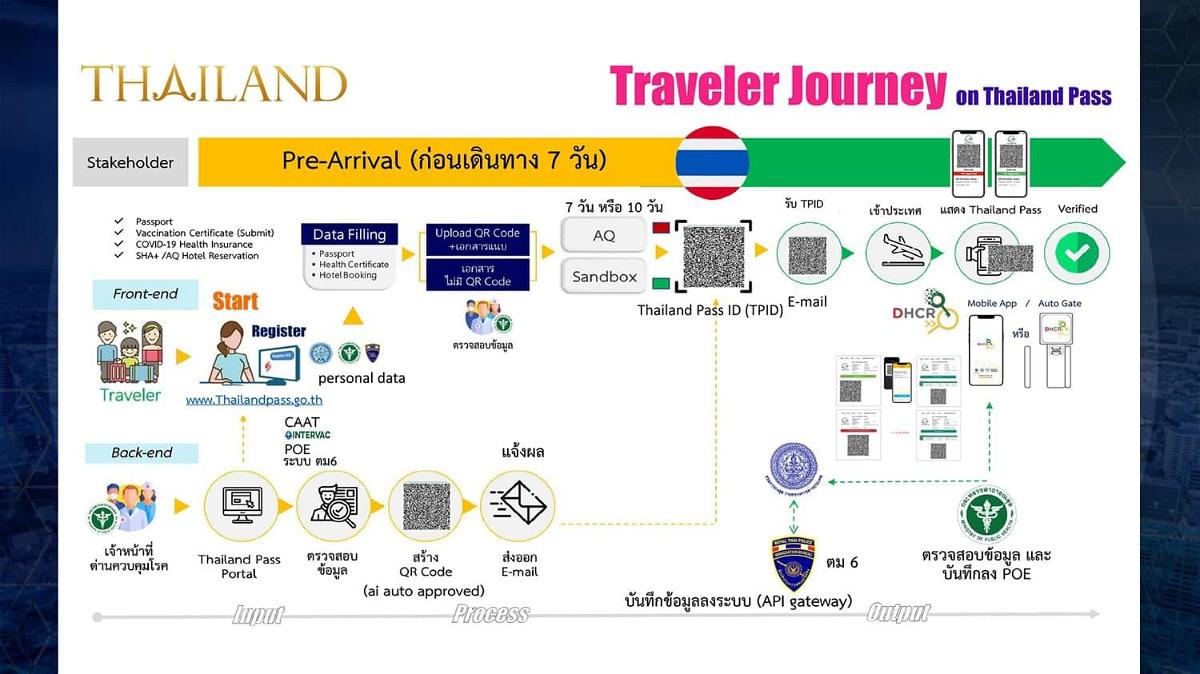 The Thailand Pass application is still not published on any of the app stores. I’d wait a few days until these news conditions are implemented and hotels are ready to provide said documents.

Thailand has finally come out with a full list of eligible countries and entry conditions, much to the surprise of many including myself.

The list is expansive and the conditions for traveling are easy to comprehend. The clarification and fact that the list of countries represents the actually location where travelers have stayed prior to arriving in Thailand also makes much more sense than simply attaching it all to the nationality of the traveler.