IHG Rewards Club sent me an email last night reminding me that my Intercontinental Ambassador is running out next week, November 1st and that I have several renewal options. 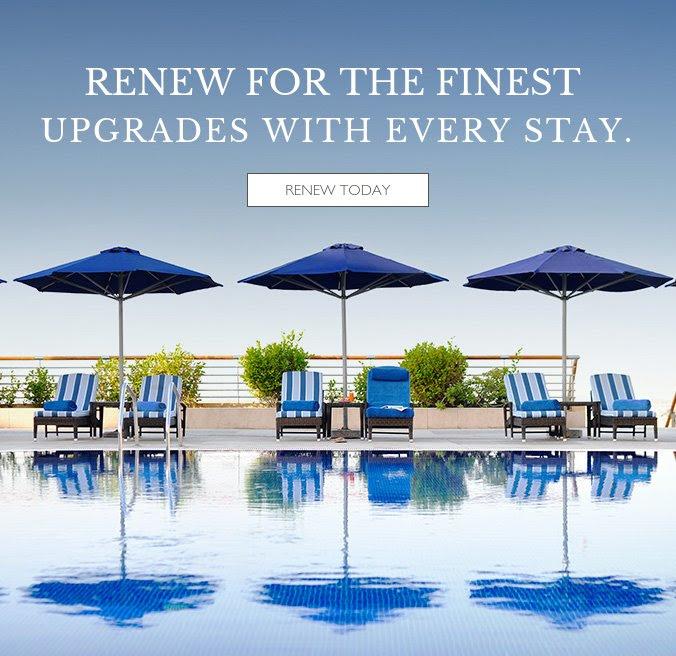 Over the past year IHG had two different promotions (which were timely limited but got extended on each occasion) but these have run out a few months ago and haven’t come back so far.

The question I’m asking myself (and some readers apparently do as well) is not, what to do with the Ambassador membership – renew it again or let it go dormant and drop to IHG Spire?

IHG Rewards Club has first launched a promotion last year to get members to sign up or renew their Ambassador membership. This campaign was extended once but ended on January 31, 2021, then in April IHG has decided to bring this offer back through July 31, 2021.

The email I received from IHG Ambassador reads:

Only a few days remain to renew your InterContinental® Ambassador membership. Give in to your sense of exploration and continue your membership by 1 November 2021 for USD200 to enjoy 15,000 IHG® Rewards bonus points on us.

We’re committed to providing the unique luxuries that make every destination remarkable. The dedicated service you’ve come to appreciate will continue with bespoke and personalised accommodations throughout the year.

Here’s to the extraordinary stays that are still to come.

So basically the standard email reminder, fair enough. I have said on multiple occasions that the Ambassador is a no-brainer as far as the value is concerned but the whole questions hangs on the thread of your upcoming travel plans.

The renewal offer of US$200 for one year with 15,000 points should be the same as what you get when you sign up a new account altogether.

Keep in mind that IHG has recently changed the renewal window for Ambassador members and you can now renew your membership up to 92 days before it’s expiry.

Now that this last campaign with the free night expired two days before I was eligible to renew my own membership it’s really just guesswork on what IHG will do next.

Considering the rather weak international business I say we will see another identical or similar campaign for Ambassador renewals or sign ups in the future but who knows when that might be. Could be next months or next year.

In my case I have burned down my IHG points balance to ~ 50k after a few award stays in the US and Europe during the summer. The Ambassador status has certainly helped me secure a few nice rooms there. For now I don’t have anything in sight where Ambassador would make a difference.

My IC stays were previously in countries that aren’t really accessible at the moment. Mostly Singapore, Seoul and Tokyo. It doesn’t make sense to renew my Ambassador right now, either for cash or the 40k points option. I’ll wait until I have a more robust plan on staying at an IC property again or for a promotion like the previous one pops up.

I’m surprised IHG really hasn’t done much to keep their members tier level intact compared to other chains who offered quite generous extensions. Even more reason to stick to Hilton, Hyatt and Marriott rather than fumbling around with IHG.

Unfortunately I missed out this last promotional campaign for IHG Ambassador sign-up/renewal offer due to the time window for my renewal not opening before the promotion ended.

Travel is still weak and the hospitality companies need to find a way to entice people to stick with them. Especially the Ambassador program which costs $200 in hard cash (or 40,000 points) to join. While I think it’s worth it, right now is a difficult time to convince people to shell out 200 bucks just for a membership before even staying at a hotel.

I won’t renew my membership until I can visit my favorite hotels again which might be in the distant future. Renewing new would just result in my membership months wasting away.