Authorities in China have temporarily locked up 30,000 people inside Disneyland Shanghai on Sunday after one visitor from the nearby city of Hangzhou tested positive for Covid. 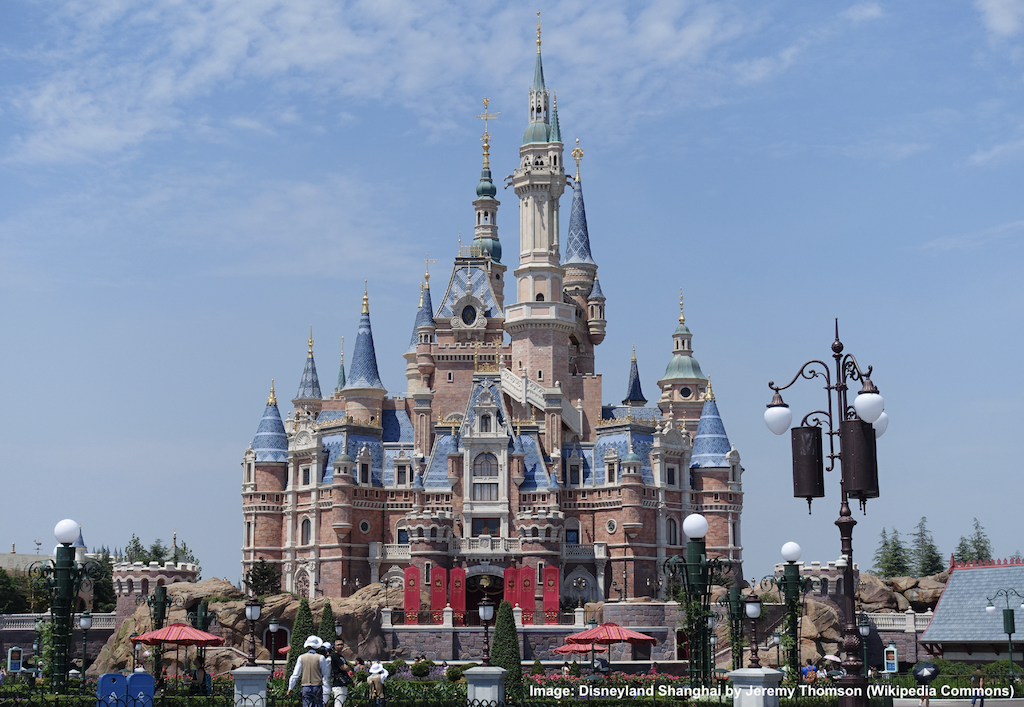 The individual in question got tested arriving from his hometown after he ventured to Disneyland and a positive test result returned once he got back home.

China is following a zero Covid protocol and had quarantined whole cities with several million inhabitants while conducting mandatory tests for each person living there.

According to NBC the incident occurred on Sunday and Disneyland Shanghai was closed the last two days to conduct hygiene measures.

Shanghai Disneyland announced suddenly Sunday evening that it was no longer accepting any new visitors and was cooperating with an epidemiological investigation from another province. They then locked down the park as Shanghai city healthcare workers and police rushed to conduct a mass testing of the visitors inside.

After testing everyone, the park will remain shut Monday and Tuesday as it continues to cooperate with pandemic prevention efforts, Shanghai Disneyland said in a statement Monday. …

The case that may have prompted Disneyland’s actions involved one person whose illness was discovered in the nearby city of Hangzhou and had visited the theme park on Saturday, local media reported.

For hours on Sunday night, tens of thousands of families and visitors were stuck in the park as they waited for a negative test result that would allow them to leave.

The city announced Monday morning that all 33,863 people who had been at the park over the weekend had tested negative for COVID-19. They will be asked to get tested again and their health will be monitored.

One Disney fan, who gave her family name as Chen, said she was inside the park when she heard an announcement at 5 p.m. that everyone must get tested.

“No one complained, and everyone behaved really well,” Chen said. She said she holds an annual membership and visits the park at least once a month. She is waiting at a hotel for her second COVID-19 test before she can go back to Beijing. …

China has rather aggressive measures to help in their attempts to curb the pandemic which originated in the country sometime between late 2019 / early 2020 and was then spread throughout the globe.

At least the official numbers concerning infections and deaths are low which would paint a positive picture concerning such measures but of course figures from China can hardly be taken at face value.

One case of Covid-positive is sufficient to lock down entire cities and send a whole amusement park full of visitors to testing before they’re allowed to leave.

Visitors to Disneyland Shanghai got a rude awakening last Sunday as they were kept in the park until late into the night while mandatory Covid tests were conducted on each visitor. The visitor who caused the scare (not his fault really, nobody is immune to this) had already returned to his hometown of Hangzhou.

It’s unclear if further drastic measures were implemented there but given the news that come from China on a regular basis you can count on it that his entire residential block was sent to mandatory testing under the watchful eye of the CCP.