There is going to be a bit of a shakeup on the Las Vegas Strip as both MGM Hotels & Resorts and Caesars Entertainment have announced they would sell properties in order to rearrange their portfolio. 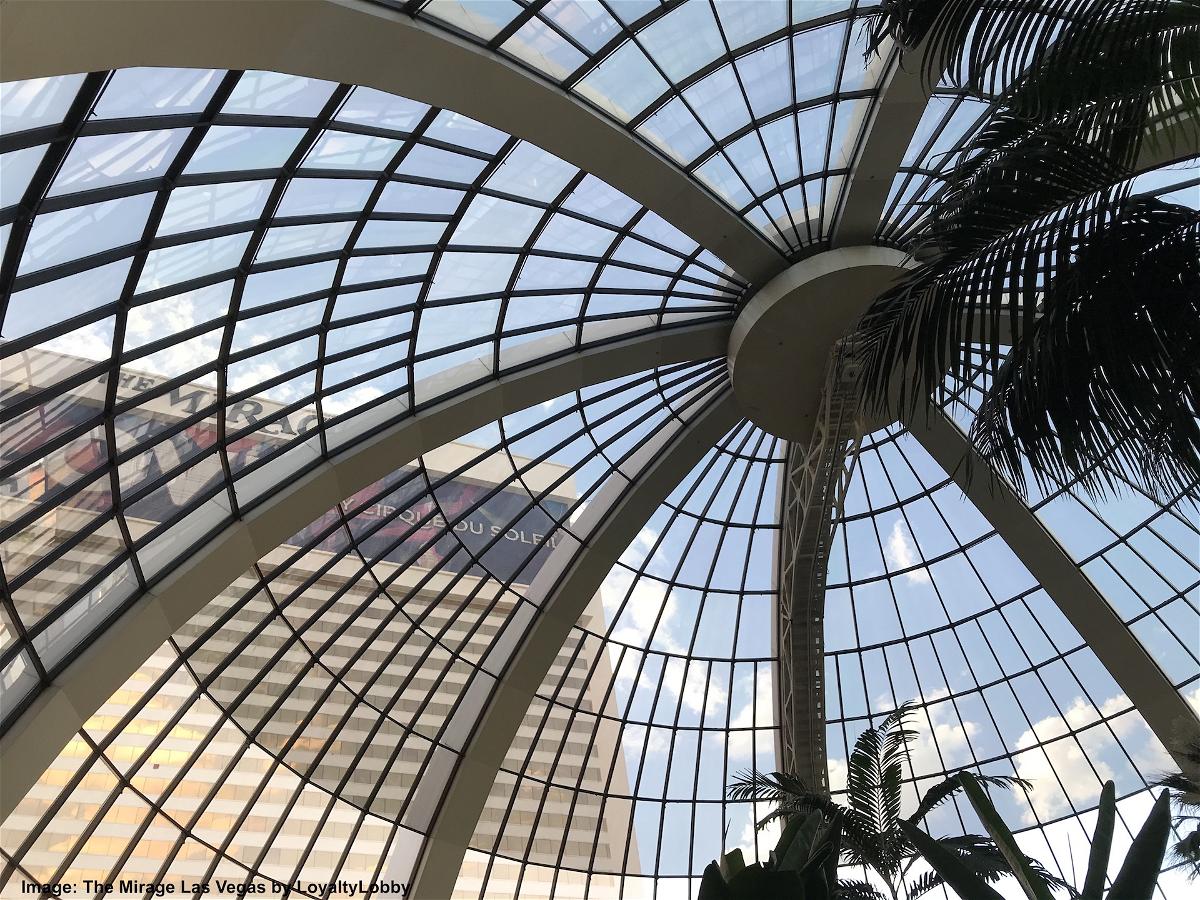 One of the most remarkable and surprising transactions will be that MGM is selling their operations at The Mirage, a hallmark of the company and a Las Vegas staple.

So far no buyer for the resort has been identified and MGM is tight lipped about the transaction other than saying they’re in the early stages of selling the property.

As Press Las Vegas reports both of the big players – MGM & CET – are in the market to get rid of at least one property each.

“I mentioned in the past that we are happy with the amount of exposure we currently have in Las Vegas. As such, we are currently in the early stages of a process to sell the operations of the Mirage,” Hornbuckle said, during a quarterly earnings call Wednesday afternoon.

Hornbuckle did not mention any potential buyers. …

The selling of The Mirage would be the latest in a flurry of transactions for Las Vegas Strip properties, several of which MGM has been involved in.

The gaming giant recently announced that it was purchasing the operations of The Cosmopolitan of Las Vegas for $1.6 billion. It also recently moved to buy out its partner in CityCenter for $2.1 billion and take full control of The Aria and Vdara resorts, and then turned around and sold the property to The Blackstone Group for nearly $3.9 billion in a leaseback deal.

One of the other major strip operators, Caesars Entertainment, is also looking to sell one of its Las Vegas Strip properties. Caesars CEO Tom Reeg said Tuesday the company is looking to start that process in early 2022, although the company has yet to say which property it is looking to offload.

This is huge and of course ripe for speculation. Who could be interested in buying the Mirage? And what property could Caesars try to sell?

From all the CET properties I feel that the Planet Hollywood was never a great fit for them. Maybe they’re trying to get rid of this resort especially as it’s a fairly recent addition to the Caesars portfolio.

It could very well be that Caesars is interested in a swap and acquiring the Mirage in exchange for dropping one of their other resorts.

Here is what MGM CEO Bill Hornbuckle wrote to employees: 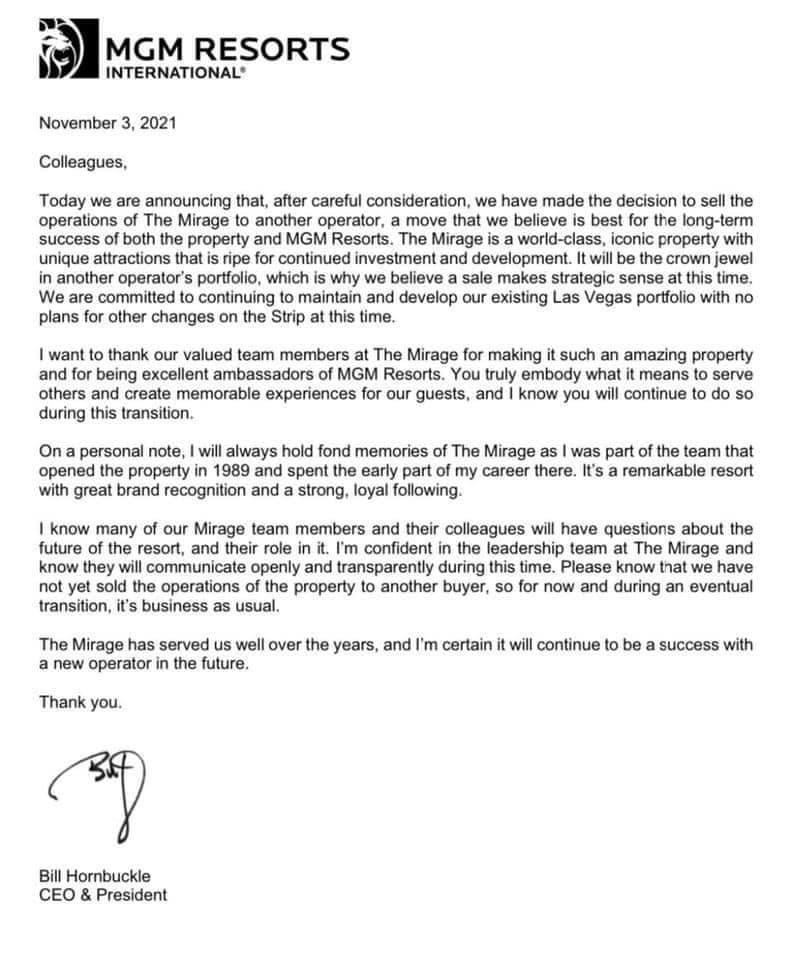 This is a sad development for me as I always enjoyed the Mirage and I came to like my MLife Noir benefits there. It could be a good sign however if Caesars would take it over as this means no more resort fees under CET’s current rules for Diamond members. MLife doesn’t waive resort fees which often add as much as 100% of the daily rate to the bill unless you can get an associate to waive it for you.

Las Vegas casino giants MGM & Caesars are both seeking to sell one of their properties on the LV Strip and we should know more about these transactions in the coming months.

It’s always interesting to see the Las Vegas casino market shift and big players moving their properties around. With the Cosmopolitan going to MGM they probably felt emboldened to let Mirage go. Although I feel like it’s sad that they have to go this far as despite it’s age it’s still a very nice resort that compliments the MGM portfolio well. 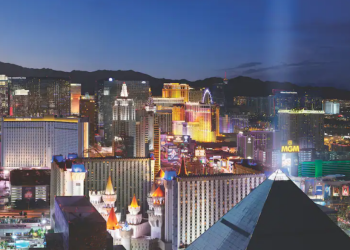 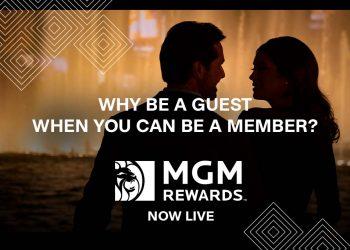