According to the Wall Street Journal, Trump Washington D.C. Hotel is set to change owner for $375M and become reflagged with Hilton’s Waldorf Astoria brand. 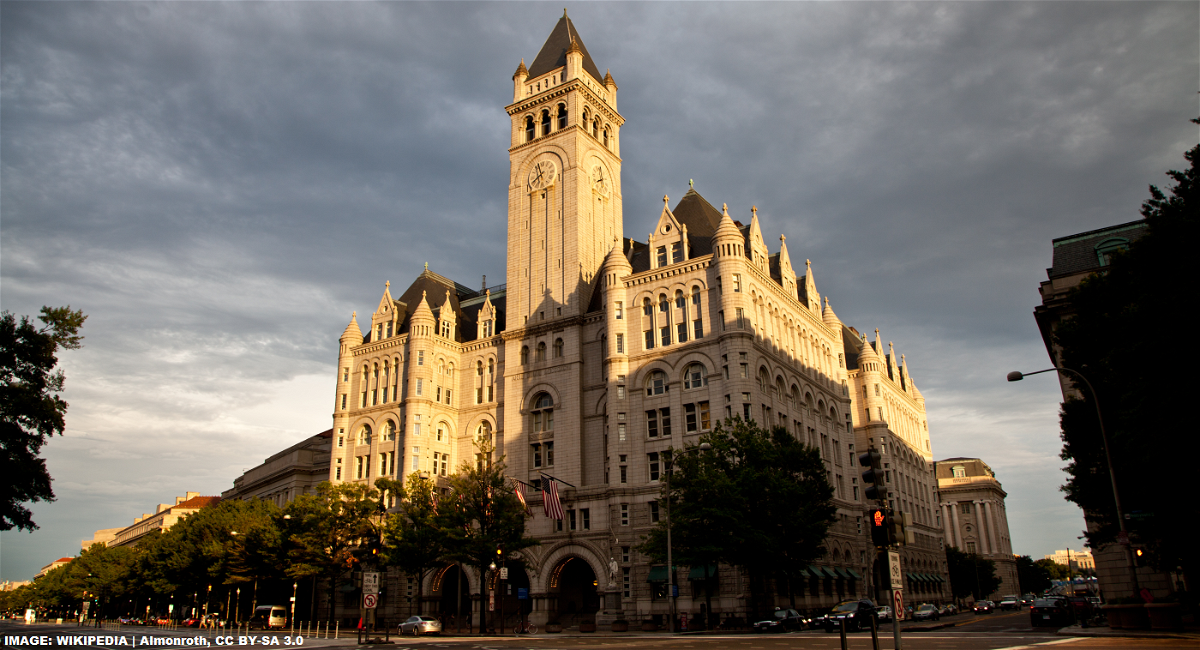 The Miami-based CGI has reached an agreement to take over the lease that runs close to 100 years. The deal is expected to close in the first quarter of 2022, and Trump’s name removed from the building and replaced with the Waldorf Astoria.

Donald Trump’s family hotel company has reached an agreement to sell the rights to its glittering Washington, D.C., hotel for $375 million, according to people familiar with the matter.

The hotel is owned by the federal government, but with extensions the lease runs close to 100 years. It is housed in the former Old Post Office and it features some of the largest guest rooms in the capital.

The House committee said the hotel lost more than $70 million between its opening in 2016 and last year, leading the Trumps’ company to inject at least $24 million in aid. The Trumps have disputed those findings.

Vancouver, Toronto, Panama, and now Washington D.C. Trump-branded properties have been either reflagged or closed.

Many will find the Waldorf Astoria brand more palatable than checking into a Trump property. It will likely become one of the more popular Hilton and Honors affiliated hotels once the flag change occurs.

Many hotel loyalty programs offer late checkouts, some even early ones for elite members. The guaranteed late checkout tends to...