Atlanta-Hartsfield Airport saw panic among passengers today after one traveler apparently had a live firearm discovered at the TSA checkpoint which during some unfortunate circumstances then discharged. 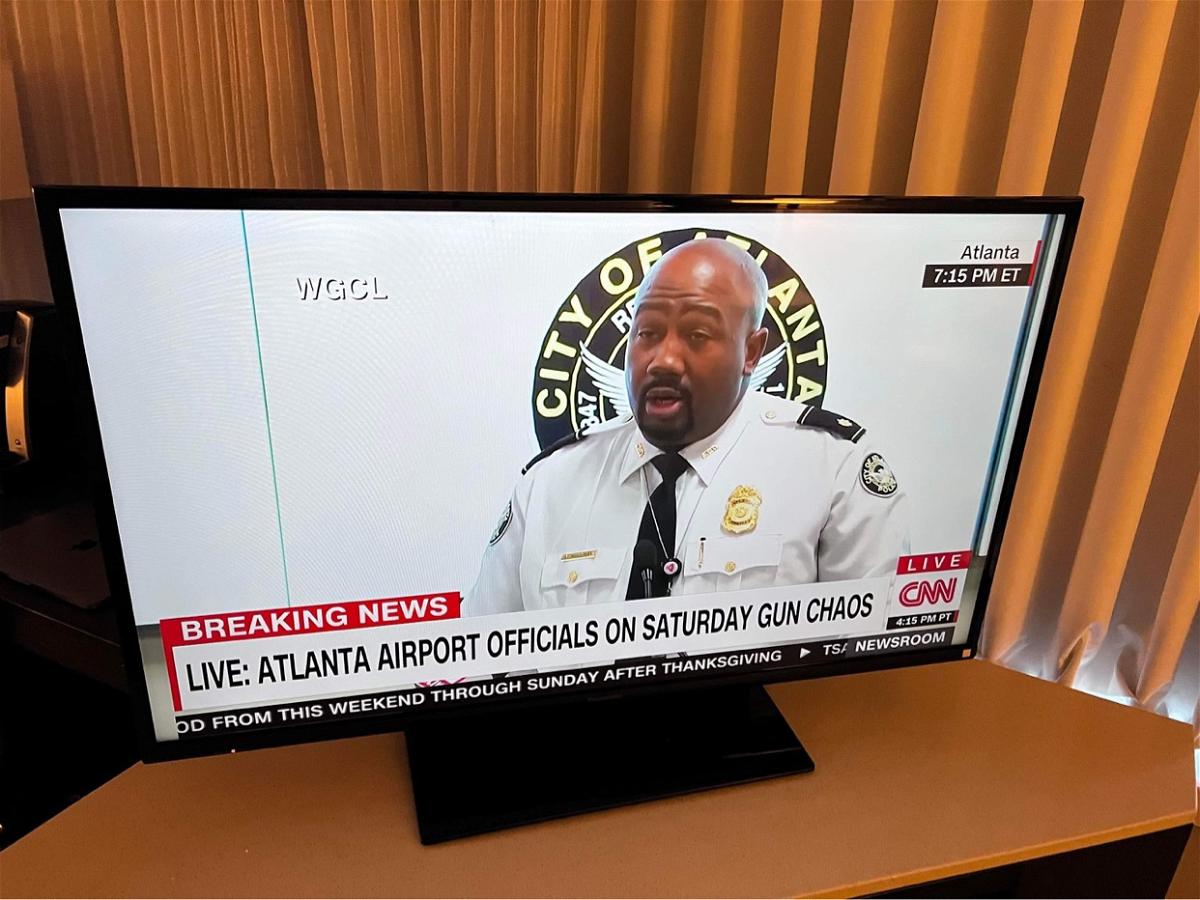 The sound of the gunshot caused panic, many passengers fled the terminal and sought shelter behind barriers with flight operations coming to a temporary halt.

The passenger – a convicted felon – managed to flee the scene but has since been identified and is being pursued by Atlanta Police following this incident.

Passengers accidentally – or knowingly – taking guns to U.S. airports has become an unfortunate routine and this situation only differs from others in that there has been an accidental discharge (which luckily didn’t injure or kill anyone).

The accidental discharge of a passenger’s weapon in a security area of Hartsfield-Jackson Atlanta International Airport caused widespread panic Saturday afternoon, prompting a brief halt of departing flights over the busy travel weekend.

The incident occurred around 1:30 p.m. ET when a “prohibited item” was detected in a passenger’s property while going through the X-ray screening at the security checkpoint, Robert Spinden, the Transportation Security Administration’s federal security director for Georgia, said in a news conference. The property was flagged for a “secondary search,” he said.

“During that secondary search, the passenger lunged into his property, grabbing a firearm that was located inside, which ultimately discharged,” Spinden said. “The passenger then fled the security checkpoint through an adjacent exit lane with his firearm.”

“We’re fortunate that when the firearm went off, nobody was seriously injured,” Spinden said.

Three people suffered non-life-threatening injuries, the TSA said in a statement. Atlanta police had previously said no injuries were reported.

According to a source familiar with the situation, the injured were not shot but instead hurt during the evacuation. …

The individual whose weapon was discharged was identified as 42-year-old Kenny Wells, according to Atlanta Police Department Airport Precinct Commander Reginald L. Moorman.

“We have taken out warrants for carrying concealed a weapon at a commercial airport, possession of a firearm by a convicted felon, discharging a firearm and reckless conduct,” Moorman said. “We are actively pursuing this individual.”

Airports spokesperson Andrew Gobeil characterized the discharge as accidental and said the loud noise created a “sense of chaos.” …

Last month, the agency reported catching 4,650 firearms — a majority of them loaded — at security checkpoints in the first 10 months of 2021. That number surpassed the full-year record of 4,432, set in 2019.

According to the TSA’s statement Saturday, 450 firearms have been detected at the Atlanta airport’s checkpoints alone in 2021. …

It’s not illegal to bring a gun to the airport provided that you’re checkin it in inside a secure container specifically designed for firearms. Obviously a firearm is not allowed through the checkpoint.

The issue in this case is two fold, for one this guy was a convicted felon not allowed to keep a firearm to begin with. If the gun discharged this easily he just had it in the bag, likely without the safety on. He obviously knew that he’d be deep in the dumpster once the weapon went off so that’s why he fled the scene. No doubt he’ll eventually be apprehended.

As the article shows finding guns at TSA checkpoints is far from irregular. Atlanta alone had 450 firearms so far this year alone, nationwide that’s 4,560 plus all the guns that aren’t detected like the lady who flew from LAX to Tokyo with a loaded gun in her posession (which she accidentally forgot was in her bag and TSA let it slide). What’s also strange is that Atlanta alone accounts for 10% of the national gun discoveries at TSA checkpoints. Yikes!

A passenger carried a loaded firearm through the security checkpoint at Atlanta Airport where the bag was taken aside for secondary inspection. Through the ensuing tussle around with the bag, the passenger got his hands on the gun which then discharged once.

Nobody was injured by the bullet but the ensuing panic that cause some passengers to duck and others to frantically flee the terminal resulted in at least three injuries.

It’s hard to say what causes this many firearms to suddenly show up at TSA checkpoints. Is it really that foreign of a concept to many that guns can’t be taken on an aircraft? Even with a concealed carry license and when legal to carry firearms in the local jurisdiction, aircraft are off limits.

Check-in the gun with your airline per the correct procedure. Obviously people who are barred from the posession of a firearm to begin with shouldn’t think about carrying one cross country, no matter what.