There was a scam attempt by an Uber driver who took me from Madrid T2 to a Canopy hotel and tried to inflate the rate by roughly 70%. 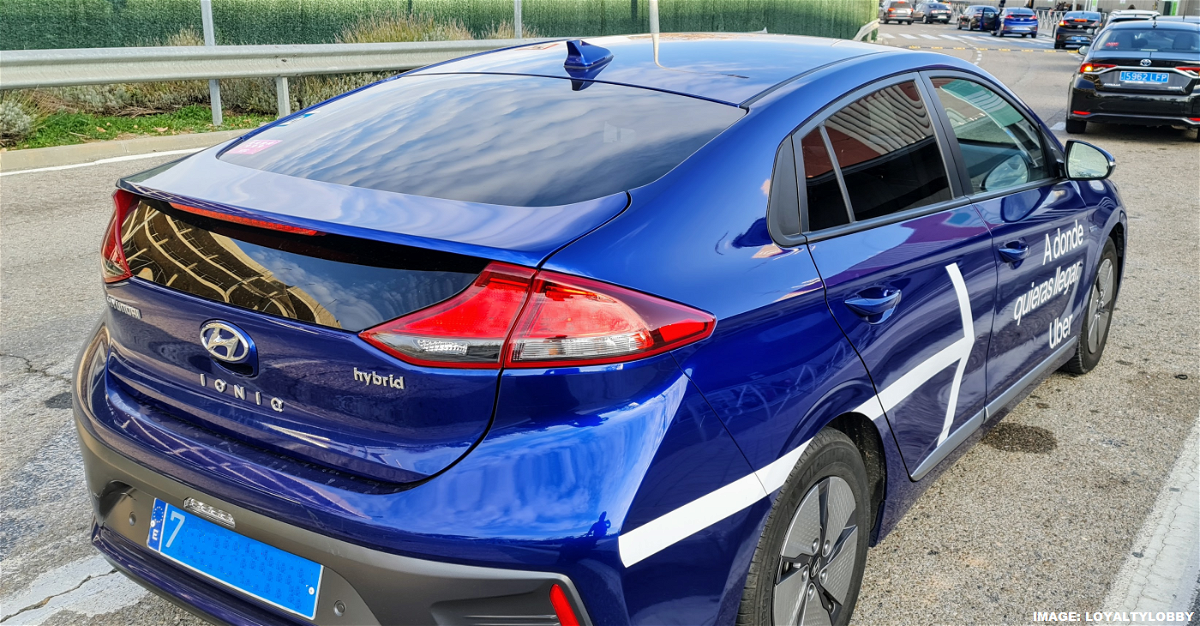 I had just arrived from Brazil, where I have previously had a few issues, but none this time. I had a look at the 59 rides that I took over four weeks, and there were no issues beyond some drivers asking for a destination before pick up (a big no-no and a red flag) and canceling when I didn’t reply.

Note that the Uber car image above is from my return trip to the airport and not the car in question on Friday night. It did, however, have similar Uber decals.

But problems started in Madrid:

I decided to check out a Hilton brand where I had not stayed previously (Canopy) and checked Google Maps to see what ride-hailing services were available. Google had deals with Cabify and Free Now and didn’t display Uber prices. Free Now was €30, and Cabify was €22. So I decided to check Uber that quoted €18, and order it.

There is a specific area at Madrid Airport from where Uber picks up, and the driver was pulling up when I arrived. The car was better than I expected for the price and had Uber decals. 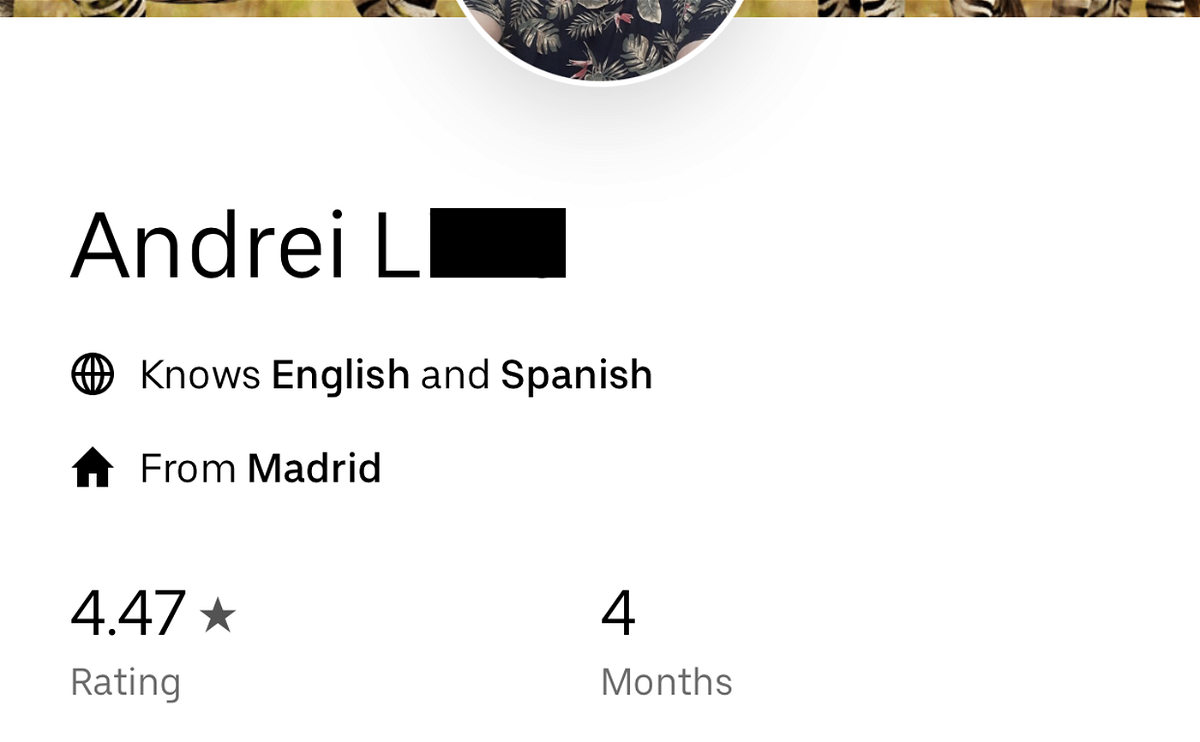 The driver took a bit longer route to the hotel than the app suggested.

The ticket asked what my origin and destination were. I noted that the pick-up was at Terminal 2 and drop-off at the Canopy Hotel.

A few minutes later, I received a reply from Uber with a refund. 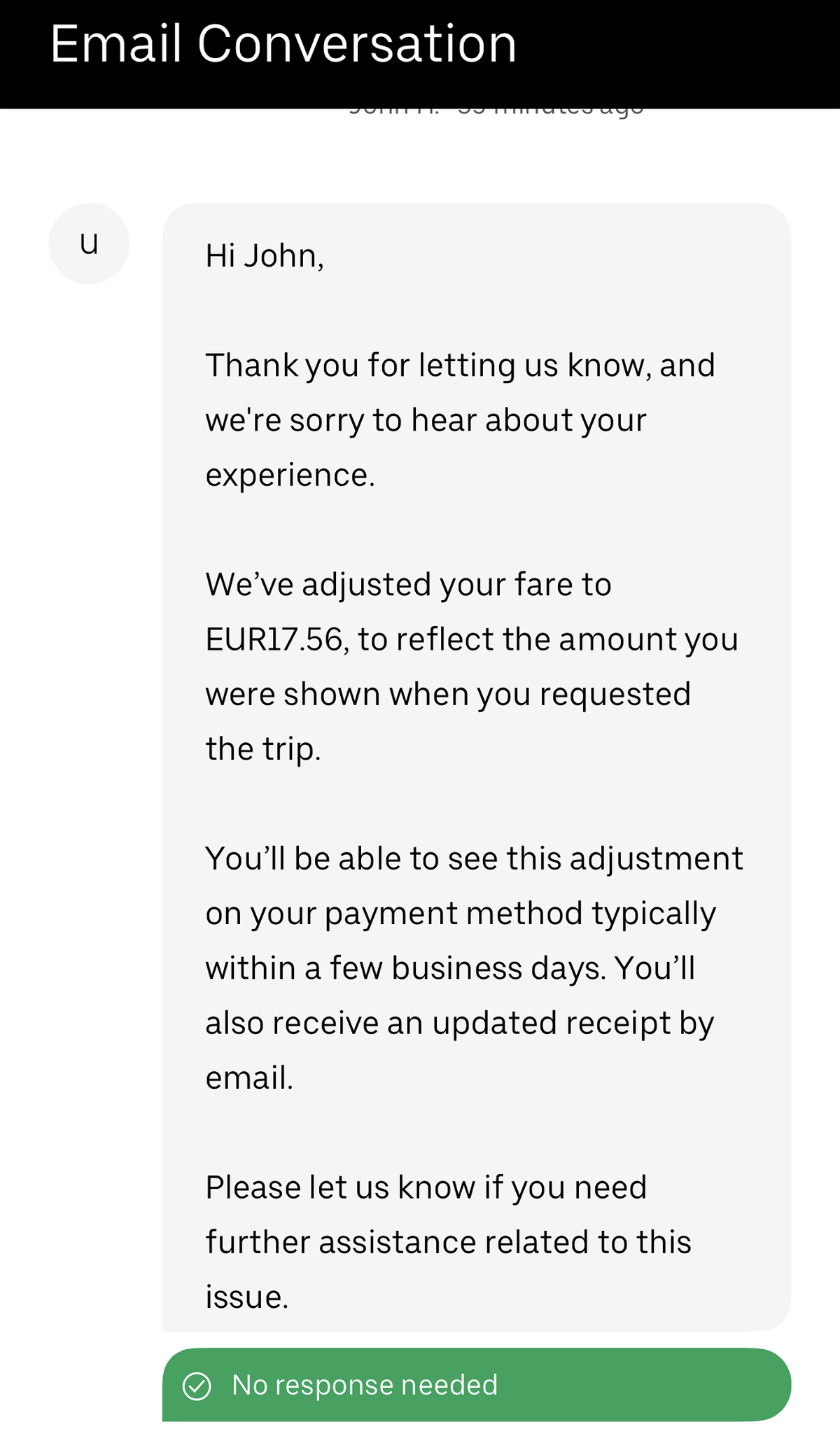 Later, I had a closer look at the original receipt from Uber and realized what the driver had done: 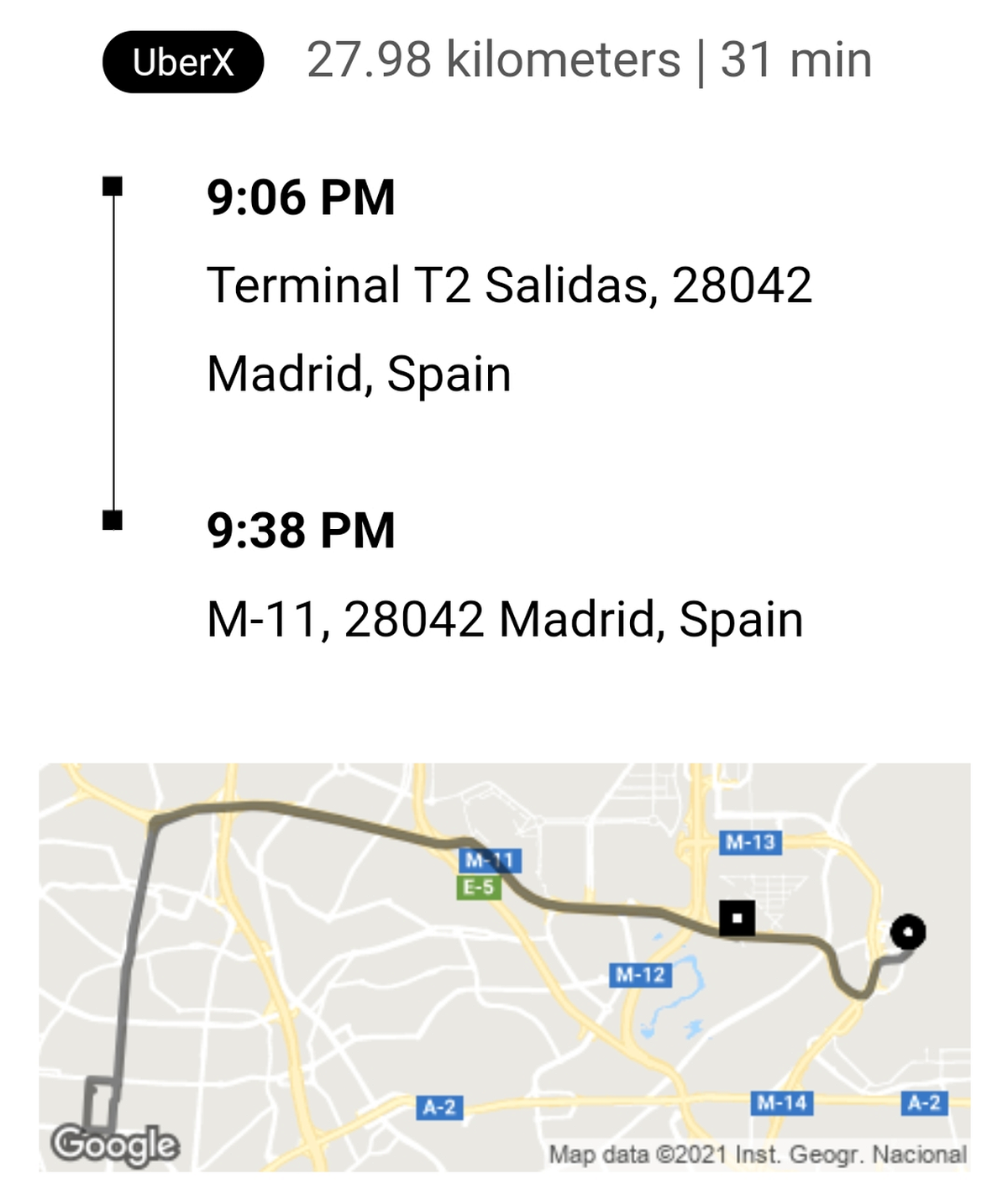 1. Driver had not ended the drip when dropping me off

2. Driver drove more than half away back to the airport before ending the trip

Here are some previous Uber “experiences” I have had 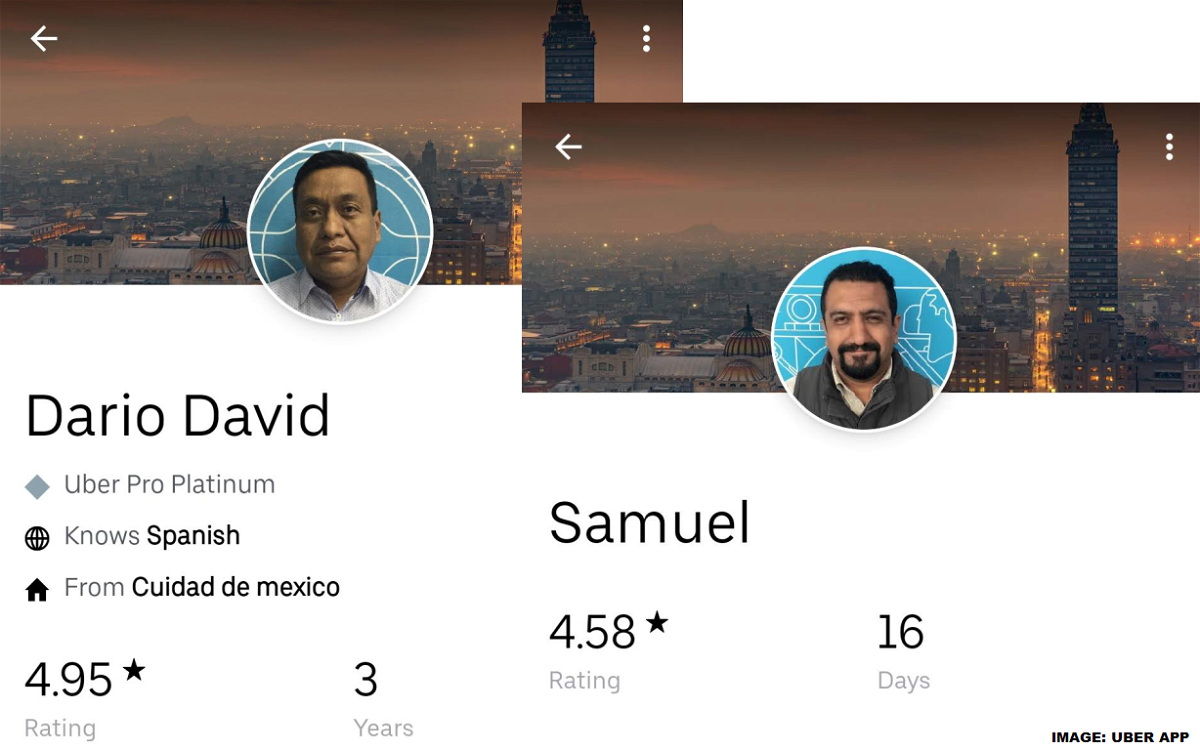 I have used Uber a lot over the years and had had more than 5,000 rides when they allowed an outside app to pull up the ride history years ago. Overall, I am very satisfied with the service, but it doesn’t mean it couldn’t be better.

Uber should let the rider know if the ride estimate shown differs from the final charge. If I have changed the destination along the way or requested the driver stop, understandably, I pay for these. Right now, the driver scam illustrated above is relatively easy to conduct, and surely the driver targets non-locals for it (airport pick-ups).

Uber should have deactivated this driver already, but I am sure it will happen in due course. Had I realized the low rating when requesting the ride, I would have canceled it and ordered another one. There is always a reason why the rating is this low.

I am glad that the Uber support expediently cleared up the issue. 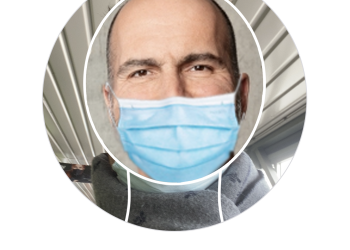