With the new year, some legislation that was signed mid-last year in the Maldives came into effect per January 1, 2022 – namely a steep increase in international departure tax from the island country.

Especially premium class travelers are being hit hard with this new fee as it goes up to US$180 for international First Class tickets and varies by booked class of service.

These new fees that are being levied on most foreign nationals departing the Maldives are some of the highest charged anywhere worldwide and one has to wonder about the timing of their introduction.

The President of the Maldives signed the legislation in July of 2021 and in the relevant statement the President’s Office declared that the new regulations would take effect on January 1, 2022:

President Ibrahim Mohamed Solih has, on Sunday, ratified the first amendment to the Airport Taxes and Fees Act (No. 29/2016). The Amendment was passed by the Parliament on 05 July 2021, at the 18th sitting of the second session of the People’s Majlis.

The amendment ratified today introduced a Departure Tax to be levied from all passengers departing from any airport in the Maldives, as per the set fee schedule. This tax will be implemented starting 01 January 2022, and the previously enacted Airport Service Charge will remain in effect until 31 December 2021. The Departure Tax would be waived for passengers with diplomatic immunity and children under the age of two years.

In addition to the Departure Tax and the Airport Service Charge, the new amendments further stipulate an Airport Development Fee imposed upon all passengers flying internationally via Velana International Airport.

The new fees collected for Maldives departures now consist of Airport Development Fee (ADF), and the Departure Tax while the Airport Service Charge under the old system has been repealed.

You can access the complete, revised fee schedule here.

The fee schedule differs between Maldivian residents and foreigners:

These two fees will be combined and they form a rather expensive Exit Ticket:

Keep in mind that this was $50 flat (2x $25) until December 31st. An absolutely outrageous money grab!

And if you’re now considering taking your private jet then you won’t be spared either (*gasp*) as the charge will be US$240 per passenger. You really can’t win these days. 🙂

So what now? Well, it’s not like there are a lot of choices as it’s either take it or leave it. For my part, I have no interest in visiting the Maldives again anytime soon.

I’m sure a lot of folks will disagree but I consider the island nation one of the most overrated (certainly most overpriced) tourism destinations in the world and really don’t get the obsession of some people with the Maldives. Sure the panorama is nice – for a short while. In the meanwhile, your wallet is being milked at every given opportunity, especially for the hotel transfers as well as food & beverage on property.

Often points enthusiasts promote and flock to the Maldives to get the maximum value for their loyalty currency. However, even when using miles and points this is going to be a very expensive vacation and people should consider that well in advance rather than being caught by surprise.

As of this weekend passengers flying premium cabins from the Maldives have to pay a higly increased combination of airport departure fees. The jump from the original $50 to now $180 for First Class (there aren’t too many airlines that service the Maldives in First, maybe Emirates) is outrageous.

Remember this legislation was signed at the height of the pademic and the Maldives felt emboldened enough to tighten the money-screw even further. I doubt that the increase by itself will deter visitors (especially first timers) from going to the Maldives but the rip off is endemic in the country and I have decided for myself that considering everything it’s not worth returning. 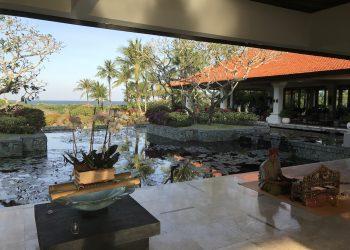 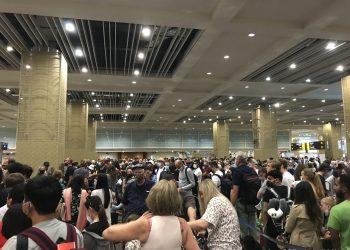