Marriott is taking over the former Four Seasons Sao Paulo hotel that closed its doors on December 22, 2020, after the previous operator decided to exit the project and reflag it as JW Marriott. The hotel is scheduled to open in the second quarter of this year. 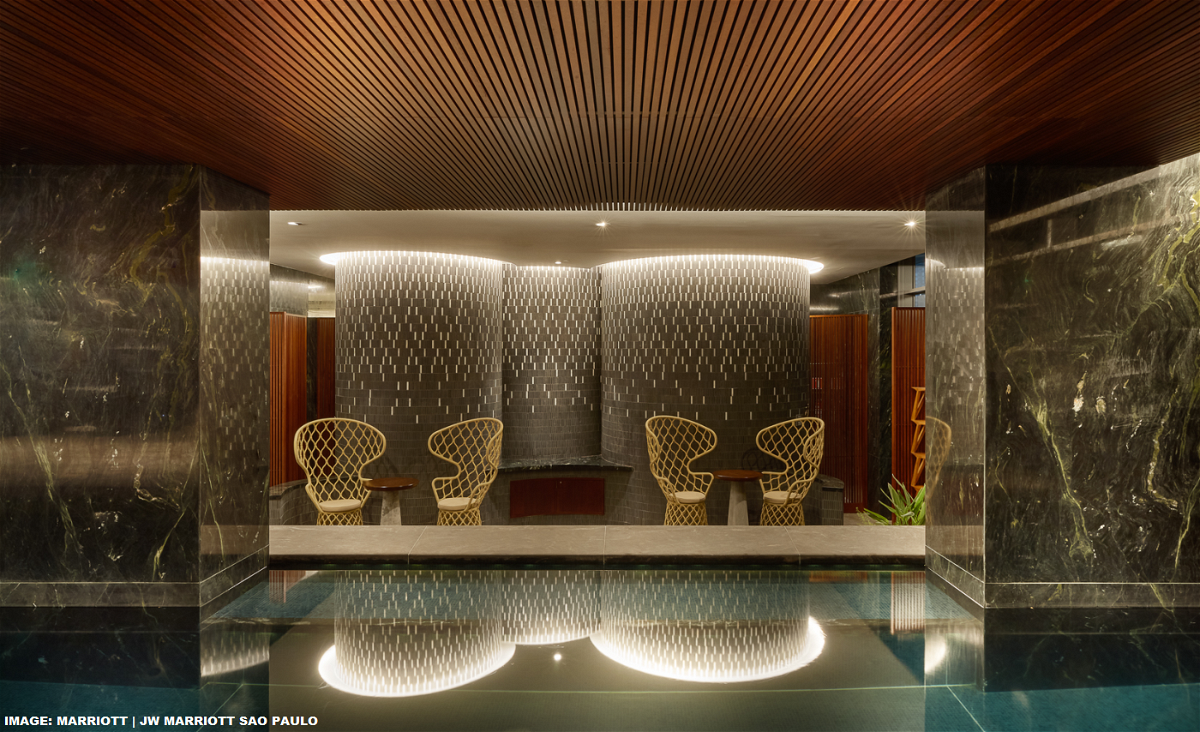 The Four Seasons Sao Poulo opened its doors in 2018 after being six years in construction. The hotel is located in Morumbi, close to Hilton, Grand Hyatt, and Sheraton. 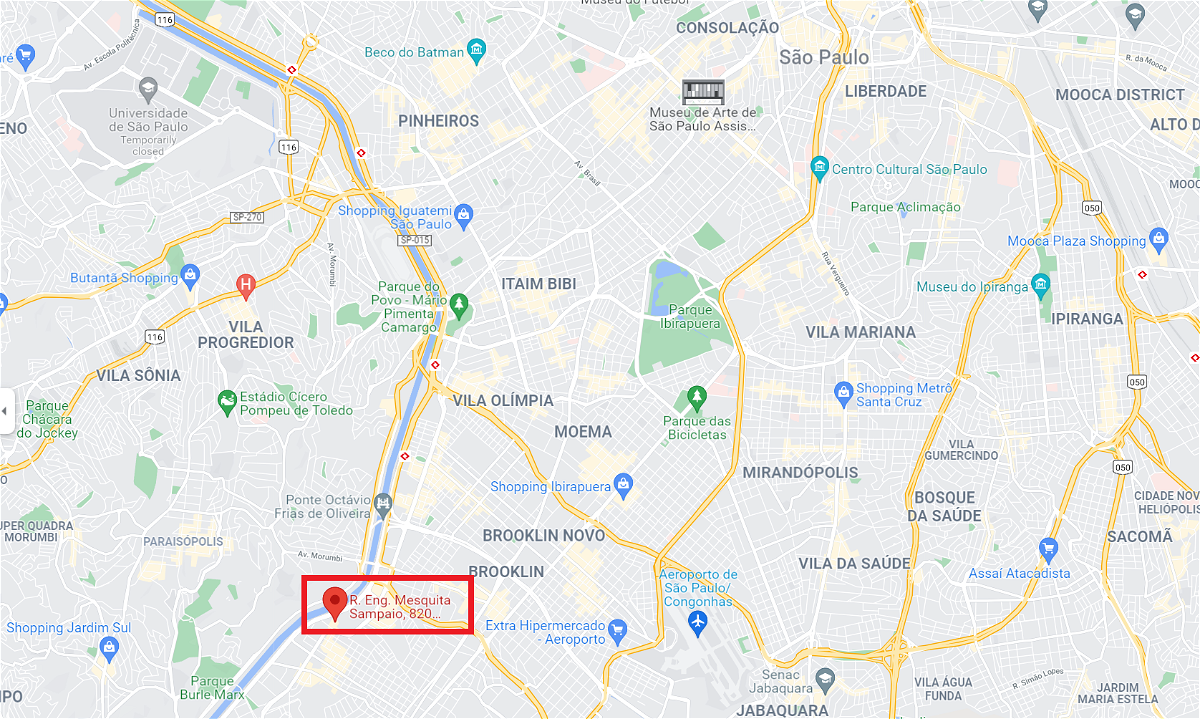 JW Marriott is in the Morumbi area of Sao Paulo with quite a few other upscale and luxury hotels.

It is time consuming to get there from the international airport in Guarulhos – at minimum an hour and two hours+ if traffic, but you can always arrange a helicopter ride to/from the airport. 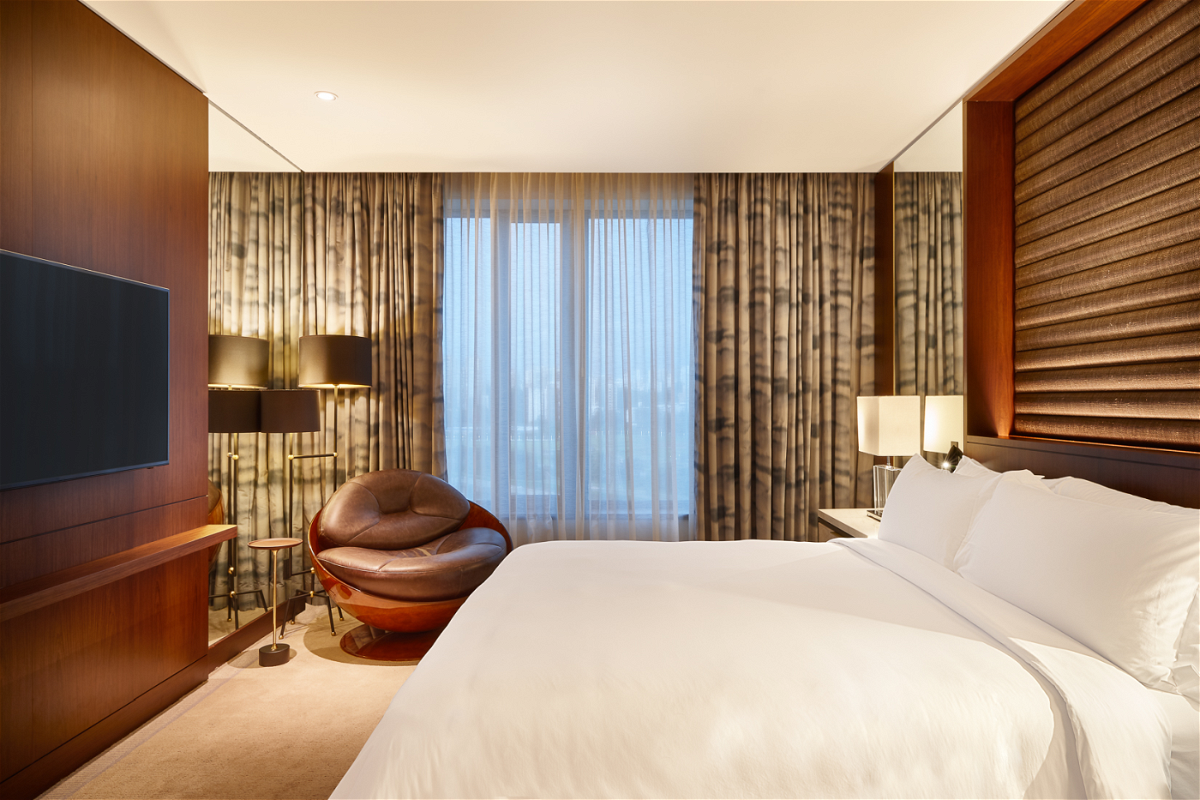 Marriott International, Inc. today announced that it has signed an agreement to debut JW Marriott Hotel São Paulo in Parque da Cidade, a Class A, LEED-certified mixed-use complex located in one of the city’s main and burgeoning business districts. JW Marriott Hotel São Paulo will be converted from an existing luxury property and is anticipated to serve as Marriott International’s first luxury hotel in São Paulo. The hotel is expected to open in Q2 2022.

Strategically located along Avenida Nações Unidas within proximity to major business and exclusive entertainment areas in the city, JW Marriott Hotel São Paulo is expected to feature 258 spacious, well-appointed guestrooms, a full-service restaurant, a lounge/bar, a luxurious spa with five treatment rooms, an indoor/outdoor swimming pool, a state-of-the-art fitness center, and other high-end amenities. In addition, the hotel will offer six meeting spaces totaling more than 1,000m², making it a prime destination for business meetings and conferences.

The growing presence of global companies in the area has fueled corporate demand for hotels and continues to position Parque da Cidade and São Paulo as a major global and tourism hub, which will be further bolstered by iconic brands such as JW Marriott.

“We are thrilled to continue expanding our long-standing presence in Brazil in the luxury segment and with one of our flagship brands,” said Bojan Kumer, Regional Vice President, Marriott International. “Brazil is a key and strategic market in our portfolio and today’s signing further underscores our growth commitment to the country. We look forward to positioning JW Marriott Hotel São Paulo as the leading luxury hotel in the city and country.”

JW Marriott is part of Marriott International’s luxury portfolio of brands and consists of beautiful properties and distinctive resort locations around the world. Rooted in holistic well-being, JW Marriott Hotel São Paulo aims to be an oasis in this bustling city, designed to allow guests to focus on feeling whole – present in mind, nourished in body, and revitalized in spirit – through programs and offerings that encourage them to come together and experience every moment to the fullest. The property is set to redefine the concept of luxury in the powerful commercial and cultural center of South America, where world-class service meets local culture and lush green spaces.

Sao Paulo is a huge city, and you should book your stay in the area where you’ll spend most of the time, or you end up stuck in traffic for hours. The JW Marriott hotel is close to many international businesses, with their Brazilian headquarters in the area.

The JW Marriott Sao Paulo will likely be one of the more upscale JW’s, considering that this was Four Seasons hotel previously. However, the JW Marriott in Rio de Janeiro is of Courtyard quality and should not operate under its current flag.

I am in Brazil this week and in Sao Paulo on Monday. I have stayed in the Morumbi numerous times (Hilton, Grand Hyatt & Sheraton), but prefer the Jardins for more vibrant environment that is explorable by foot.