The Lufthansa Group has developed a new generation of their Premium Class seat which will (in a slightly different color scheme) be installed on board Lufthansa and SWISS aircraft. 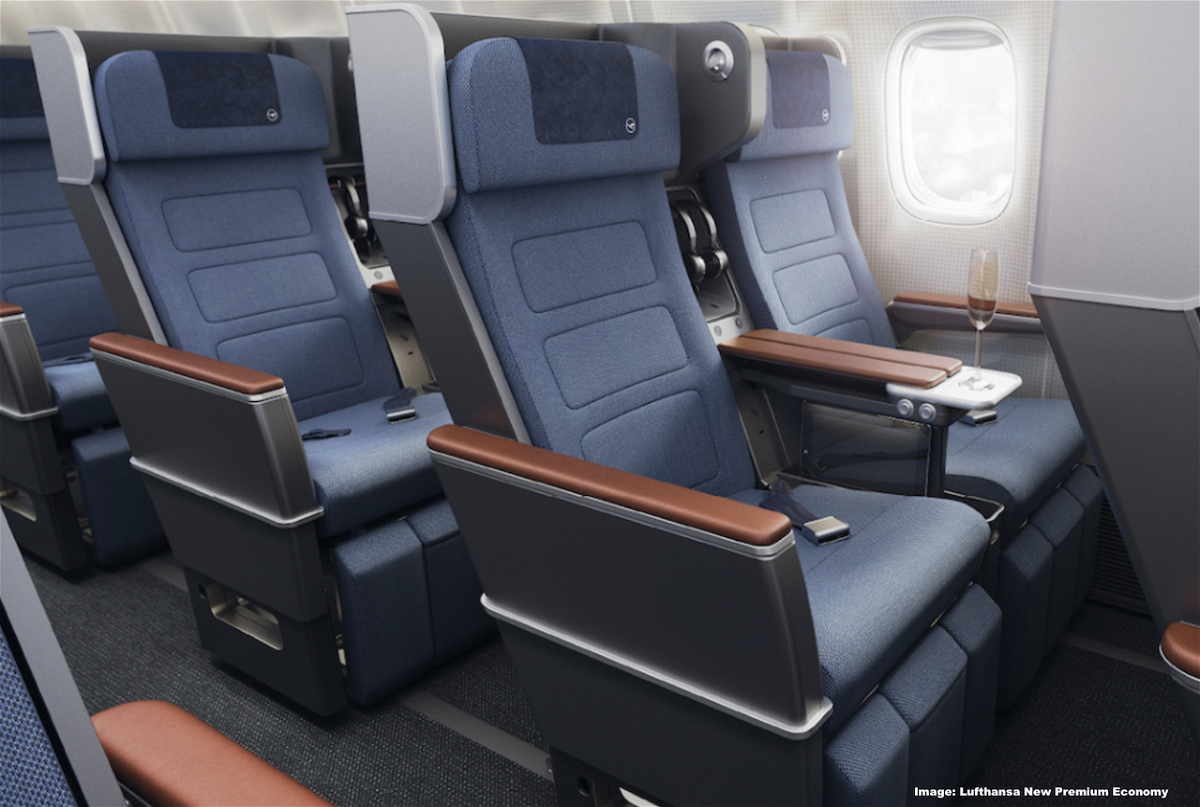 Contrary to the current design the new seat will be inside a shell and slide forward rather than lean back into some other passengers space which has both advantages and disadvantages.

I’ve always been a fan of Lufthansa’s Premium economy as for my dimensions (1.84 tall and 98kg) it has been more than adequate even on some long haul trips where Business Class was either unavailable or too expensive. 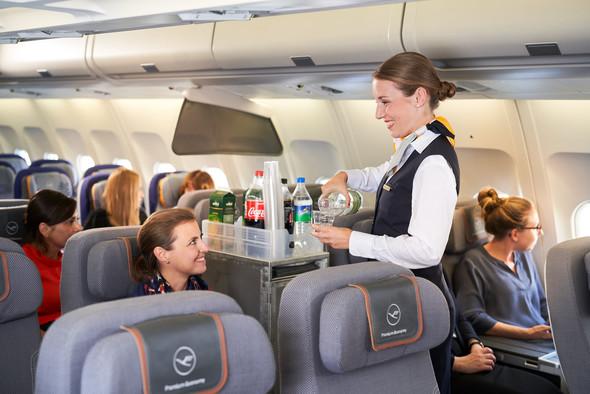 I’ve used it roughly a dozen times since introduction and aside from the rather poor food & beverage offering the seat itself is great.

Lufthansa planned to roll out the new seat with the delivery of their new Boeing 777 but since that’s up in limbo right now it appears the Boeing 747-800 will be the first aircraft equipped with the new PE cabin, followed by both the Boeing 787 Dreamliner and Airbus A350.

No definitive schedule has been published and it would probably be highly unreliable either way.

I do like the blue-ish color scheme a lot more than the creme-brown colored seat for SWISS: 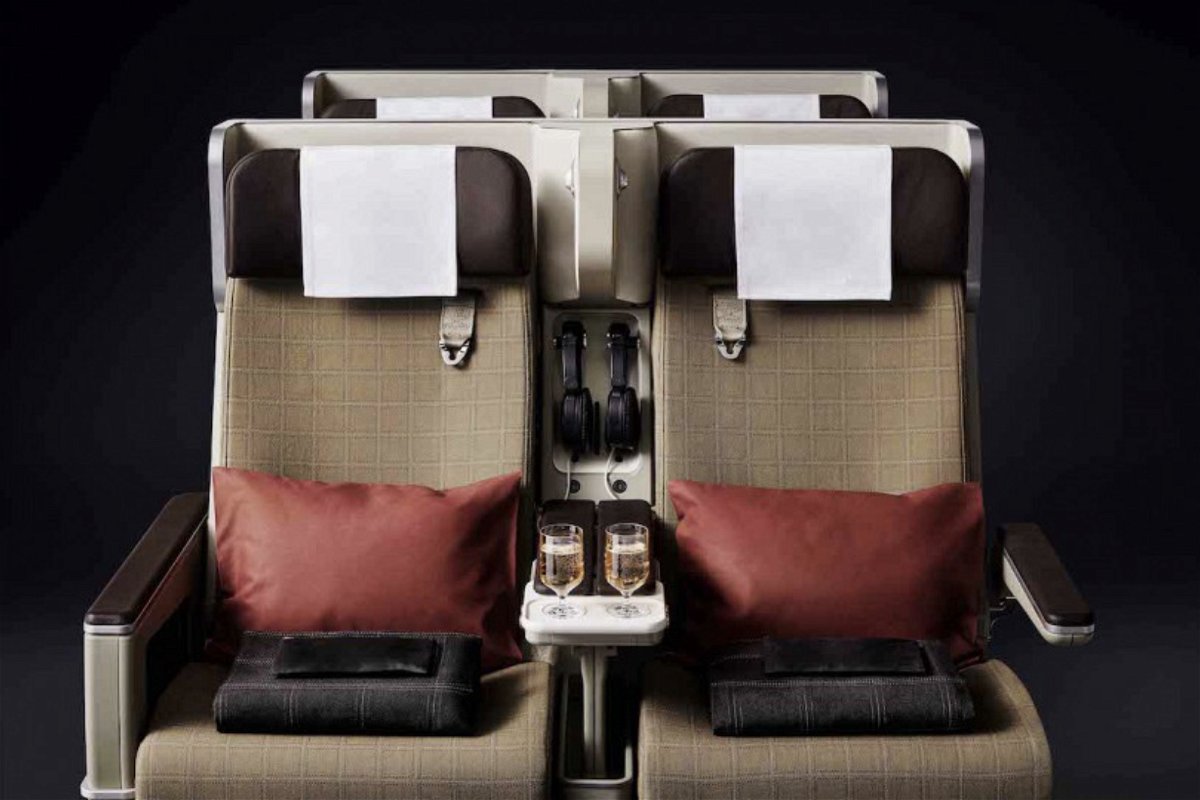 The seatbelts appear to be different for SWISS (shoulder belt) compared to Lufthansa where the renderings feature a traditional waist belt. I don’t like these shoulder belts at all but then again I’m not a huge fan of SWISS anymore to begin with so most likely I’ll never be in the situation of having to fly this product.

New Premium Economy Class products will come to the Lufthansa Group in due time as both Lufthansa and SWISS are getting ready for the new seat.

The concept of these seat designs isn’t new and I hope it will take Lufthansa quite some time to refit their cabins with the new seat as I like the old (current) seat much better simply based on my experience with these shell-slider seats on other carriers.

It’s really not ideal for folks taller than 1,70m and the position of sliding down in an awkward angle rather than leaning back was never comfortable to me.