Over the past few months, Bangkok Airport (BKK) has been busy installing a new Fast Track Lane for international departures and the facility is now ready to be used since last week, February 1st. 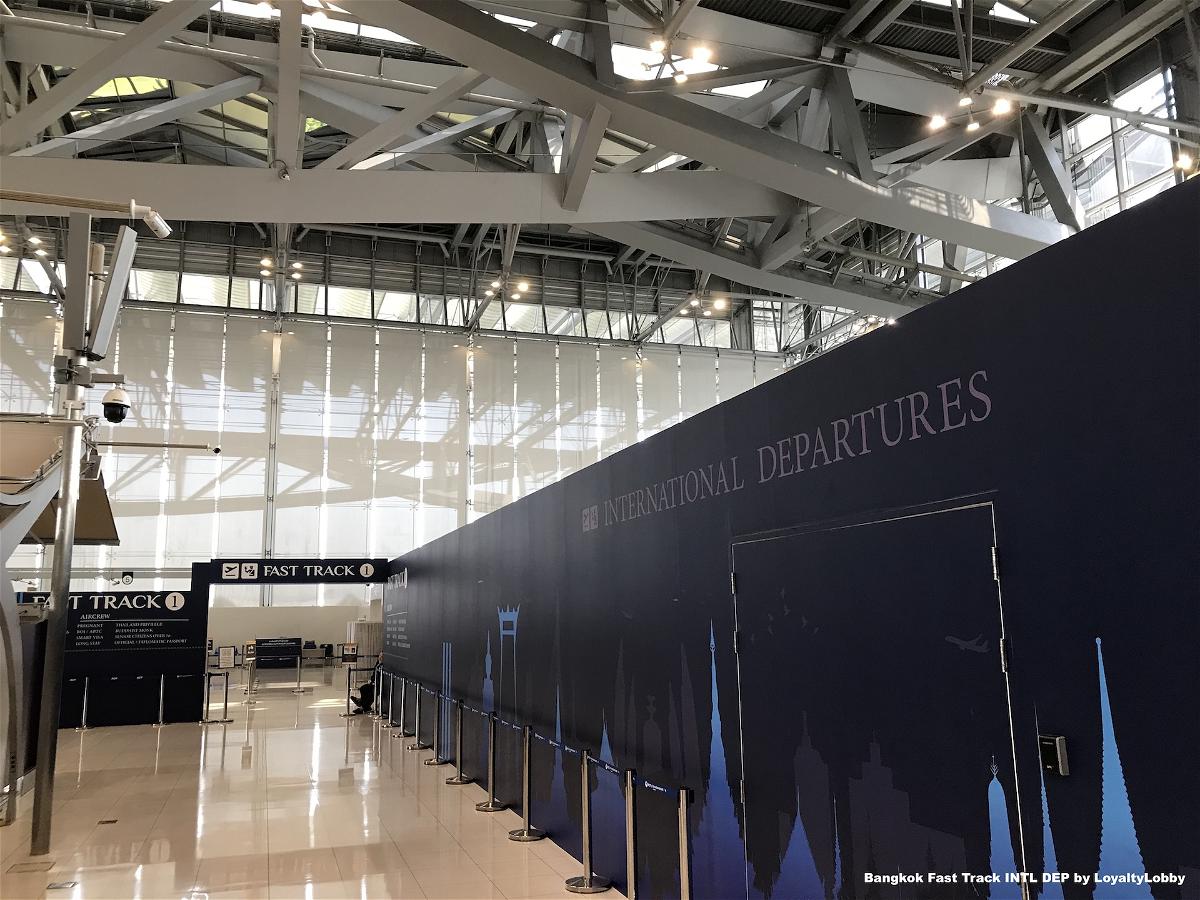 The new facility is located at the very beginning of the terminal right at the Thai Airways check-in counters and previously this area was a TG exclusive fast track but now it’s been made available to all.

Suvarnabhumi Airport has been playing around with their counter space for a long time but the impact of the pandemic and a shrinking Thai Airways has likely influenced their planning as well.

There are now two locations for the fast track, a small one remains in the middle of the terminal and this larger one to the far left.

Locations are indicated on this graphic provided by Airports of Thailand (AOT): 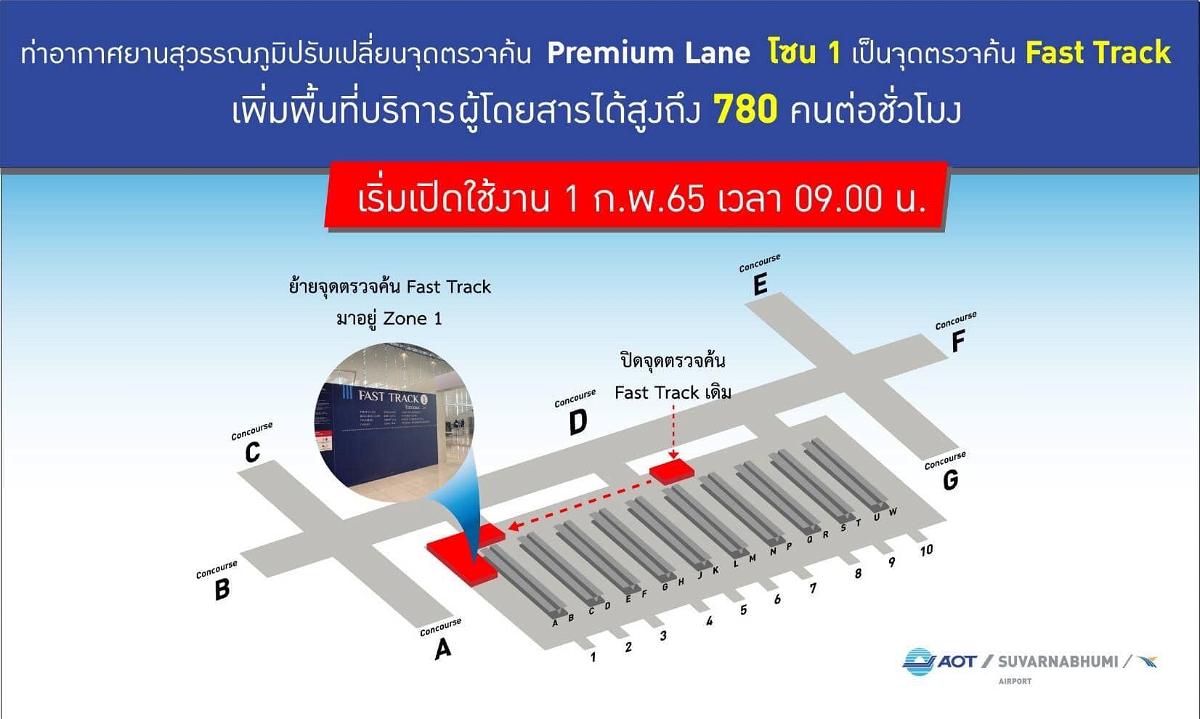 I had a look at this facility today as it opened last week on February 1st and it was very quiet this morning, although I was at the airport after the main departure bank left and for BKK the busiest times for international departures are the morning hours between 6 am-11 am & evening hours 8pm-midnight.

Here is another AOT picture of the passport control lanes: 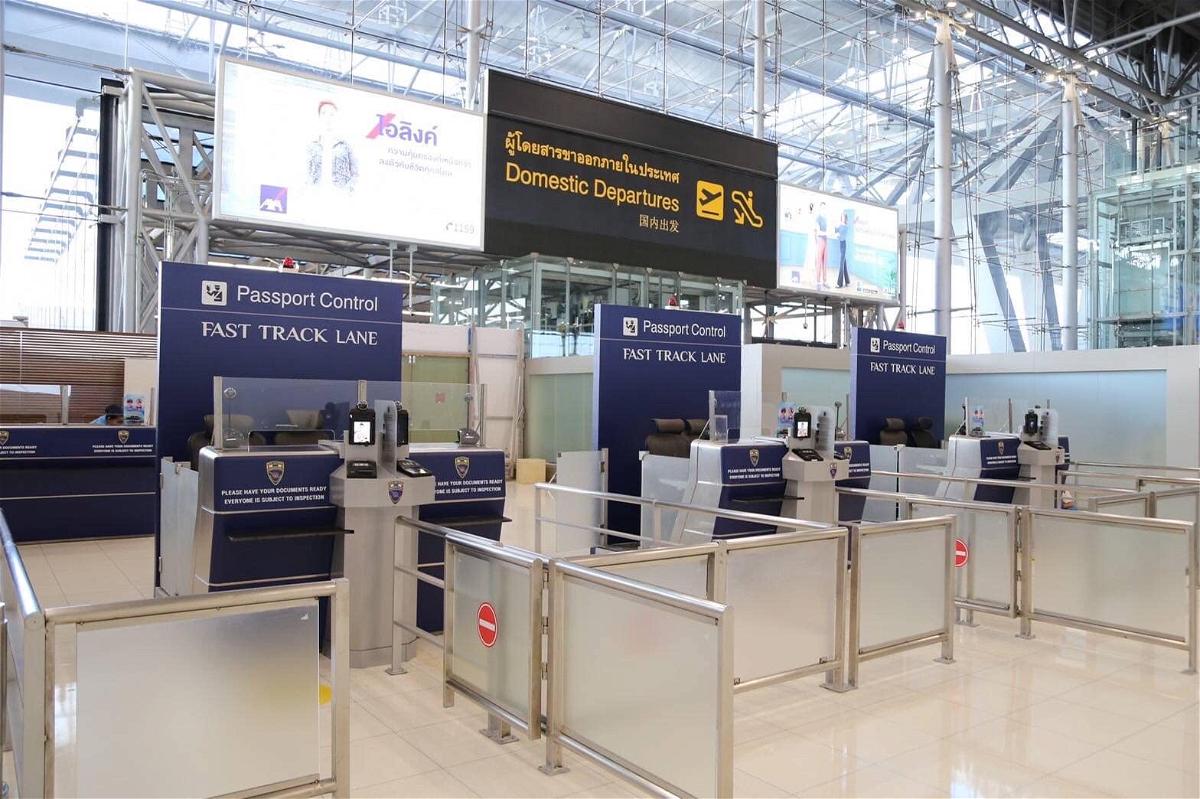 Three lanes aren’t really a lot especially as way too many people are eligible to use the Fast Track in Bangkok. 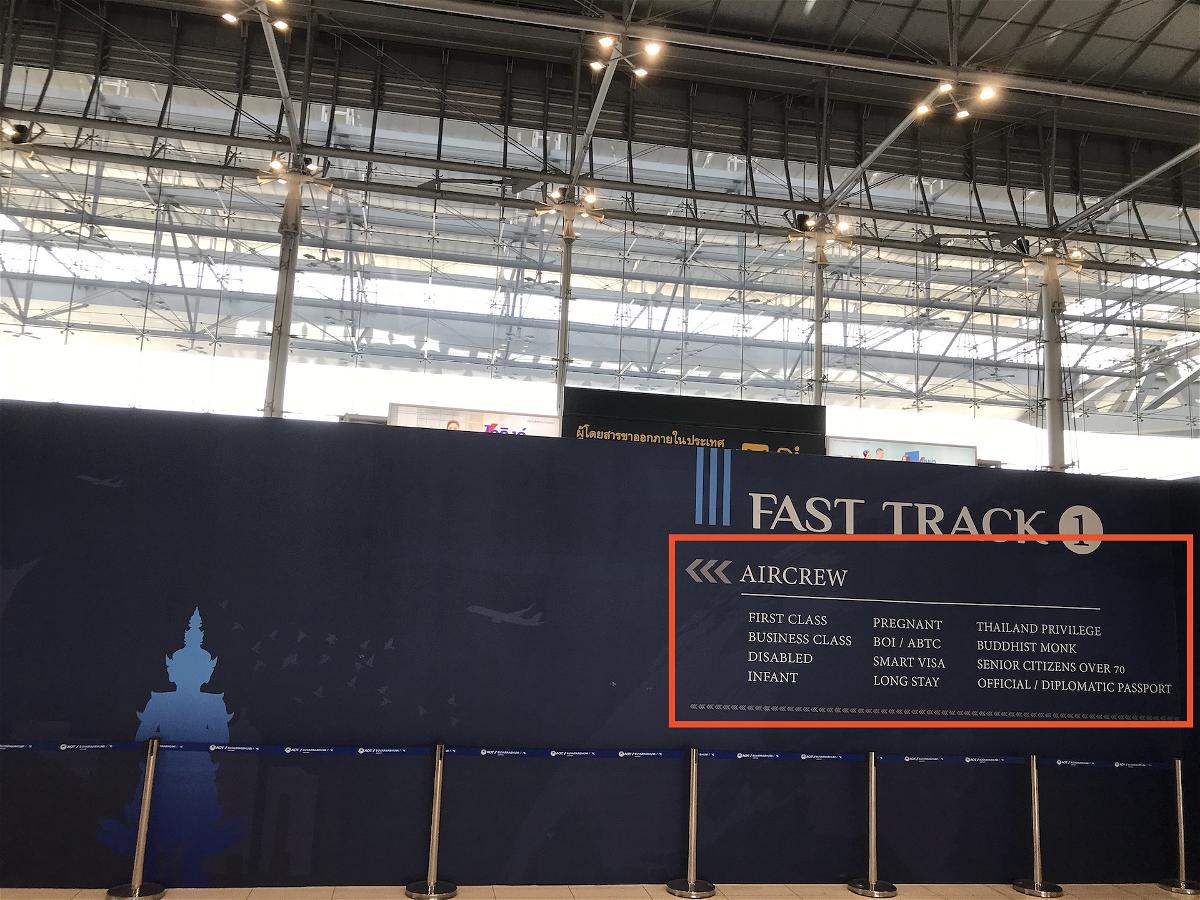 It’s absolutely ridiculous and has nothing to do with a “Premium Lane” anymore. The only ones who are NOT eligible to use the fast track (slow track) are able-bodied adults who travel in Economy Class unless they accompany one they passengers such as disabled/seniors/children.

Oh yeah, certain visa types are eligible for the fast track as well. And Air Crew which is constantly choking up the checkpoints. Why not make a separate security lane available for crew rather than funnel them together with the passengers and make everything grind to a halt for them?

I really hoped that AOT officials would finally come to their senses that the system where they let everyone through the fast lane but who was I kidding? That would make way too much sense.

What would have been nice as well is a second VAT Refund processing counter nearby the new Fast Track. The only one is far in the back behind the last check-in lane if you check in with THAI in Row A then you’re in for a nice little marathon just to get your receipts stamped.

Bangkok’s Suvarnabhumi Airport has opened its new fast track facility this week but from the first look at it nothing much if anything has improved. The policy of allowing every shepherd and his dog through the Fast Track which was called Premium Lane a while ago is still the same and makes the entire process cumbersome at best and a complete joke at worst.

There is plenty of space at BKK’s terminal and it’d have been easy to pull things apart a little. At least a separate channel for wheelchairs and air crew but no, they continue to mix everyone no matter how impractical it is.