A few weeks ago Thai Airways started to accept Priority Pass to access their domestic lounges and I decided to give it a try this week, first stopping by in Bangkok and later in Phuket. 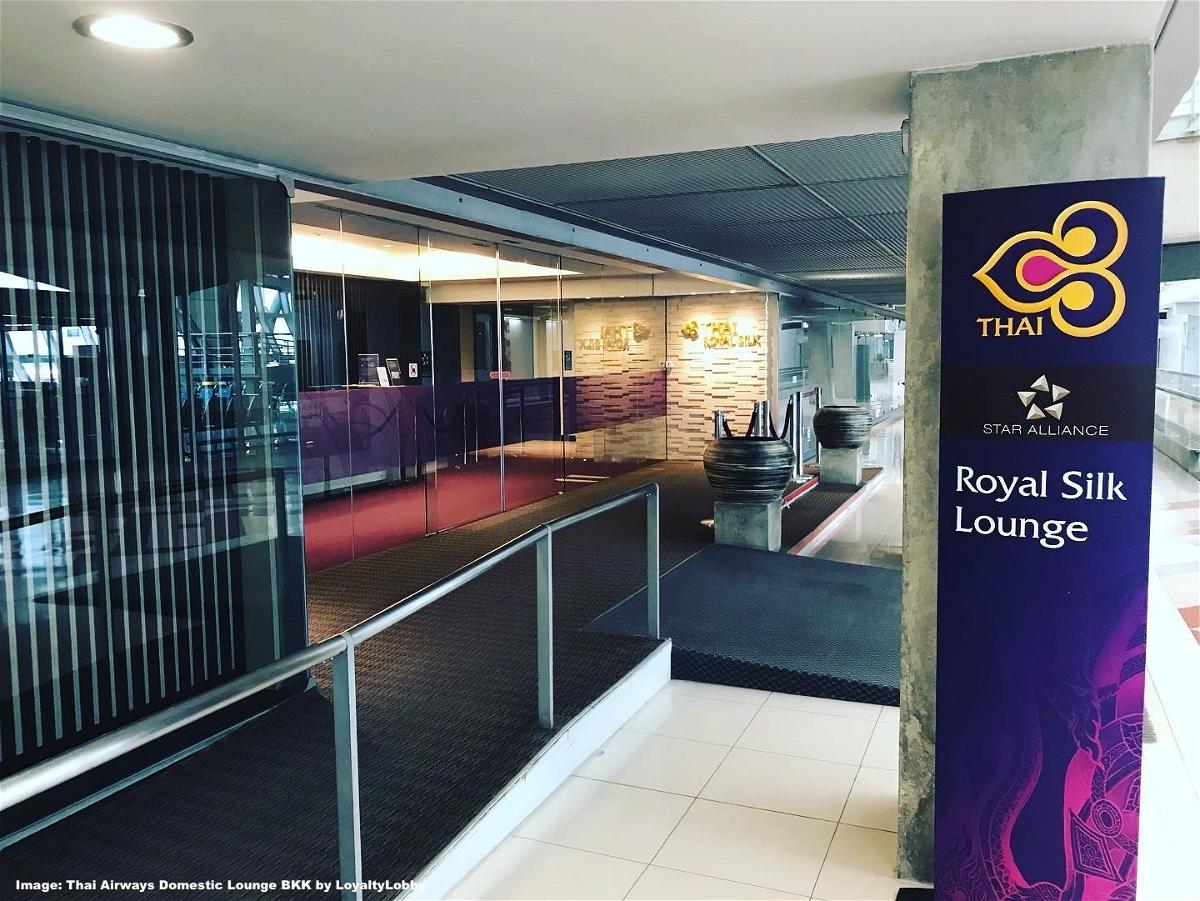 As the Priority Pass directory and actual admission at the lounge location are sometimes not up to date we tested it at the two THAI Royal Silk domestic locations and there wasn’t any problem, all went smooth (as silk).

For a long time now THAI is operating the bulk of its domestic network with Thai Smile, their low-cost subsidiary which isn’t part of Star Alliance. As such, Star Alliance Gold members of other carriers except Thai Royal Orchid Plus do not have lounge access when booking Thai Smile flights.

For a while, there was an exception policy for Lufthansa MIles&More Senator/HON Circle members but this has now also been withdrawn as I learned not too long ago. These members still do receive benefits for Priority Check-in and Priority Baggage though.

I first wrote about the new partnership between THAI and Priority Pass a month ago:

I have two Priority Pass cards at the moment, one through Chase Sapphire Reserve and another one through Amex Platinum. Customers based in Thailand are also able to get a PP through a range of premier financial products issued by local banks.

Entry in both Bangkok & Phuket was no problem at all: 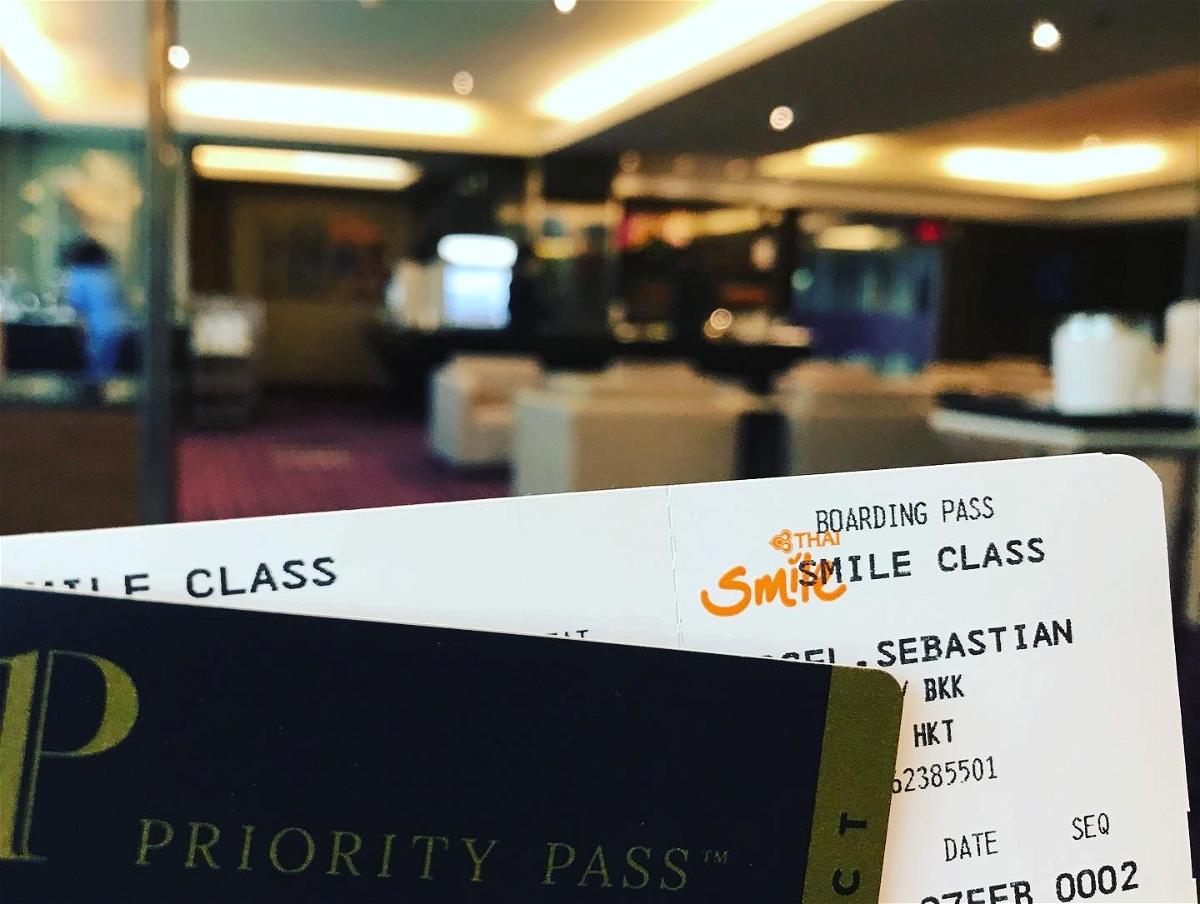 As always they also offer you a receipt: 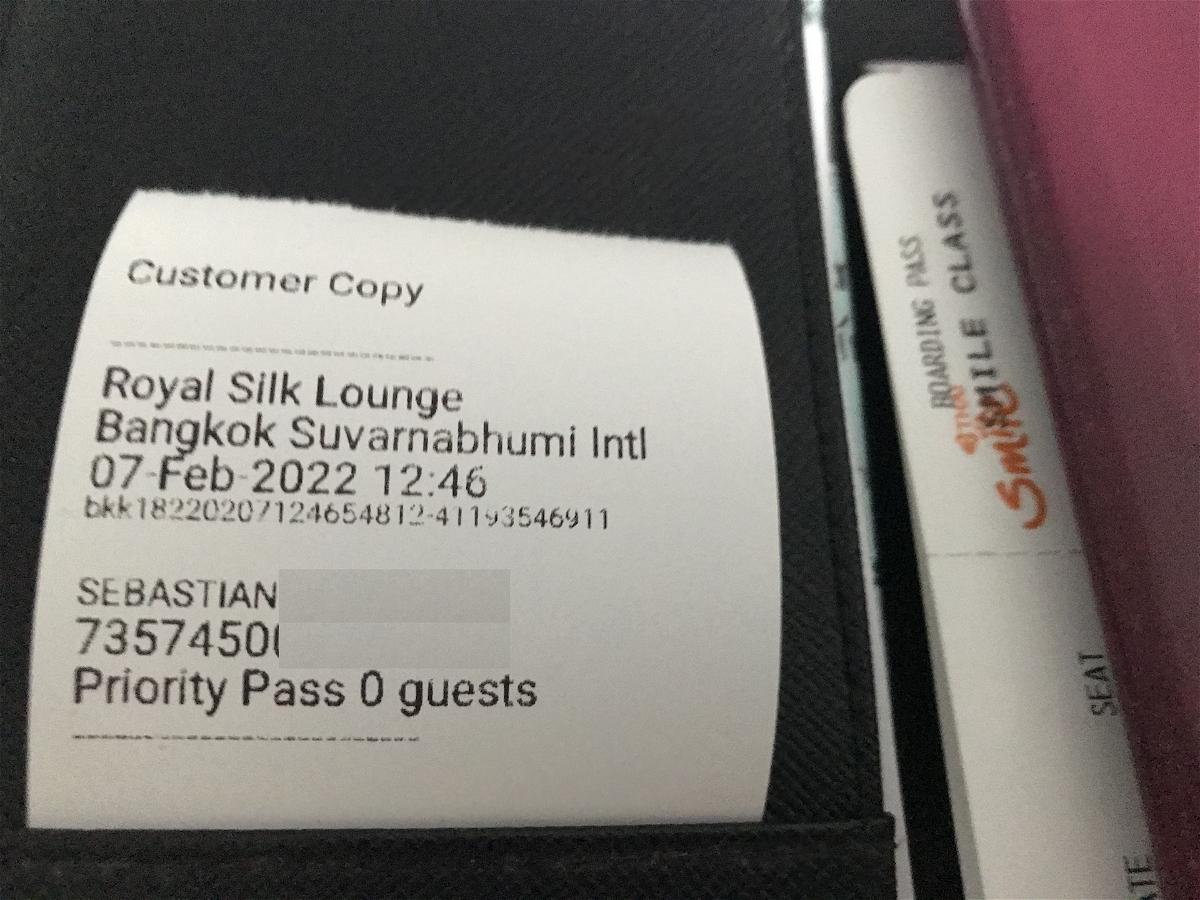 It’s definitely a huge improvement for Priority Pass members in Thailand who can now make use of TG’s lounges in BKK, CNX and HKT.

However, the THAI lounges are really not the best choices for either Bangkok or Phuket.

There is now a brand new Miracle Domestic Lounge in Bangkok with a great food & beverage selection that accepts Priority Pass (not in the directory yet).

Phuket also has a great Coral Executive contract lounge also available with Priority Pass that serves plenty of hot food as well as fresh young coconuts and it also has a bar.

I’d rather go to one of these lounges than visiting the Thai Airways Royal Silk Lounge. I did so this time to check them out and see if the PP system is integrated already but I left right after and went to Miracle/Coral.

The THAI locations have already been loaded to the Priority Pass application and directory.

Officially, the time allowance to visit is for 2.5 hours although I doubt anyone will keep track. And if so, just swipe the card again.

There are a few “real” Thai Airways flights between Bangkok and Phuket right now and sometimes to Chiang Mai as well but these are far and in between, often with inconvenient flight times. While these TG flights would give me lounge access as a Star Gold member, I really like using Thai Smile as the airline provides great service and has always been on time both in terms of boarding and arrival. With the addition of lounge access through PP this is an excellent choice now.

I’m sure THAI likes to collect the extra revenue from Priority Pass as they need every Baht they can get. I don’t mind just swiping it and stopping by a few minutes. I do so often at various lounges around the world just to see if something noteworthy has changed.

Thai Airways has now opened three of its domestic lounge locations in Bangkok, Chiang Mai and Phuket to members of Priority Pass which is a very positive development. Entry into the lounges was easy and without problems. Both facilities were almost empty when I visited.

Just like in many other countries Priority Pass has grown a lot in presence here in Thailand and many premium credit cards now include a membership.

This also helps to circumvent the lounge access issue when flying THAI Smile as they’re not a Star Alliance member and in order to gain lounge access on economy tickets, one would need to be Thai ROP Gold/Platinum.