The Omicron variant that spread like wildfire affected my plans around the New Year. I was supposed to spend time with friends from North America in Paris, Lisbon, and Amsterdam but ended up in Latin America instead. 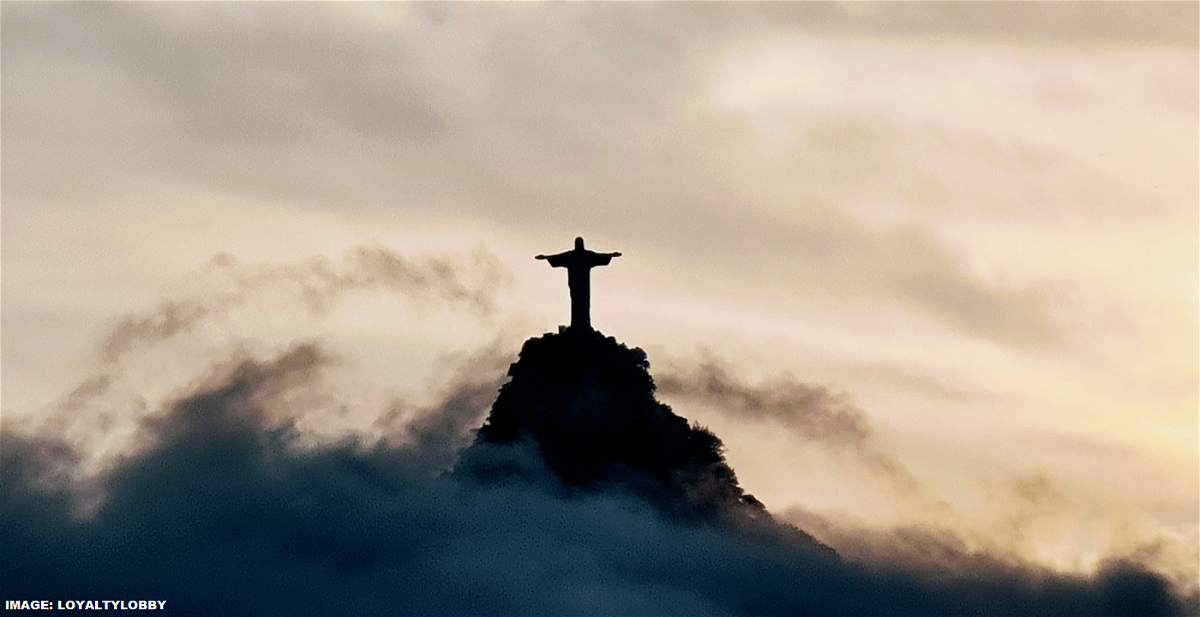 Due to the unknown of whether more restrictions were going to be put in place around Europe, we decided to go to Mexico City instead.

As we all know, airfares often don’t make much sense. I needed to purchase a business class ticket to Mexico, or redeem miles, roughly a week before departure.

Fares to Mexico from Europe were a bit higher than usual. AeroMexico has some great fares from Spain to Brazil that allow stopovers in Mexico City both ways, without a HIP. I purchased one and ended up in Rio de Janeiro and Sao Paulo in early January. 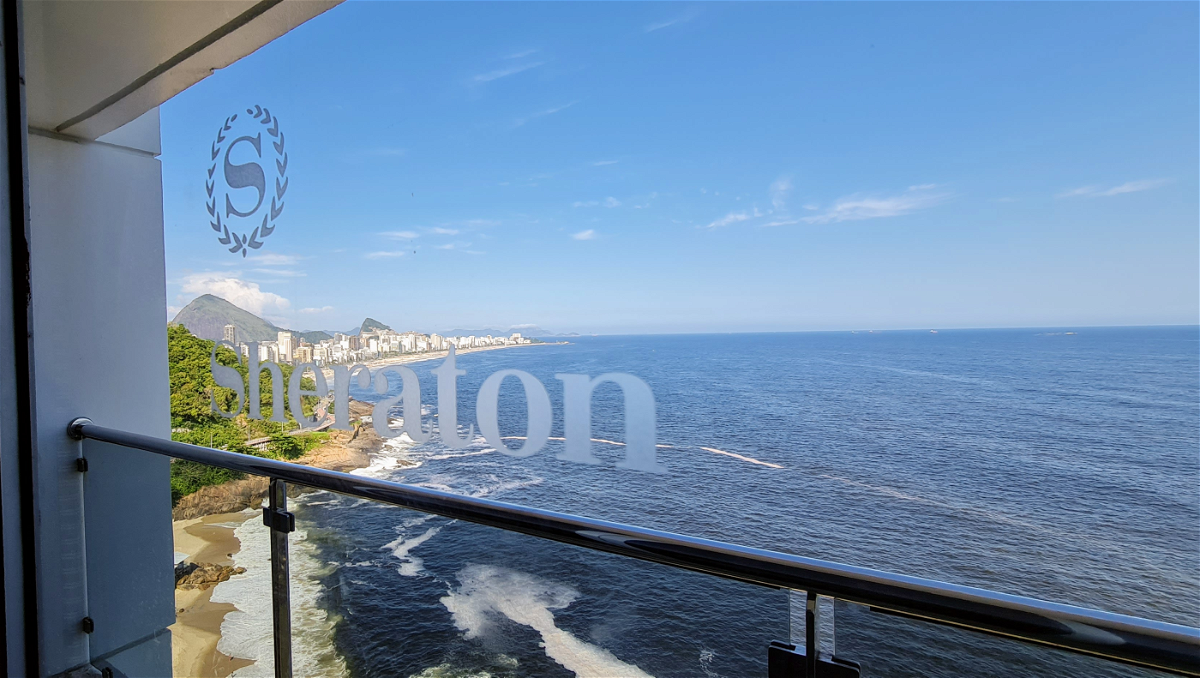 I have stayed at this hotel at least a dozen times, but it is not quite what it used to be. The service has been “Marriottized”.

The upgrade that I saw on the app vanished by the time I got the room key. I was placed in a room directly looking at the nasty Faro Beach club that blasts music until 10 AM on weekends (yes – I experienced this on my most recent previous visit), and the AC wasn’t working.

The hotel claimed to be full and could not resolve these issues. So I asked them to get me a bellman and cancel the stay.

I hadn’t been back to the JW Marriott Copacabana for a couple of years because the hard product is essentially Courtyard quality. I was once there with a friend from Asia (in 2018), and he was shaking his head considering the quality of JW’s in Asia and this lacklustre one in Rio.

The hotel upgraded me into an oceanfront room with a nice view of Copacabana. The room, however, was too small, and the decor and furnishings had an “ibis” quality. 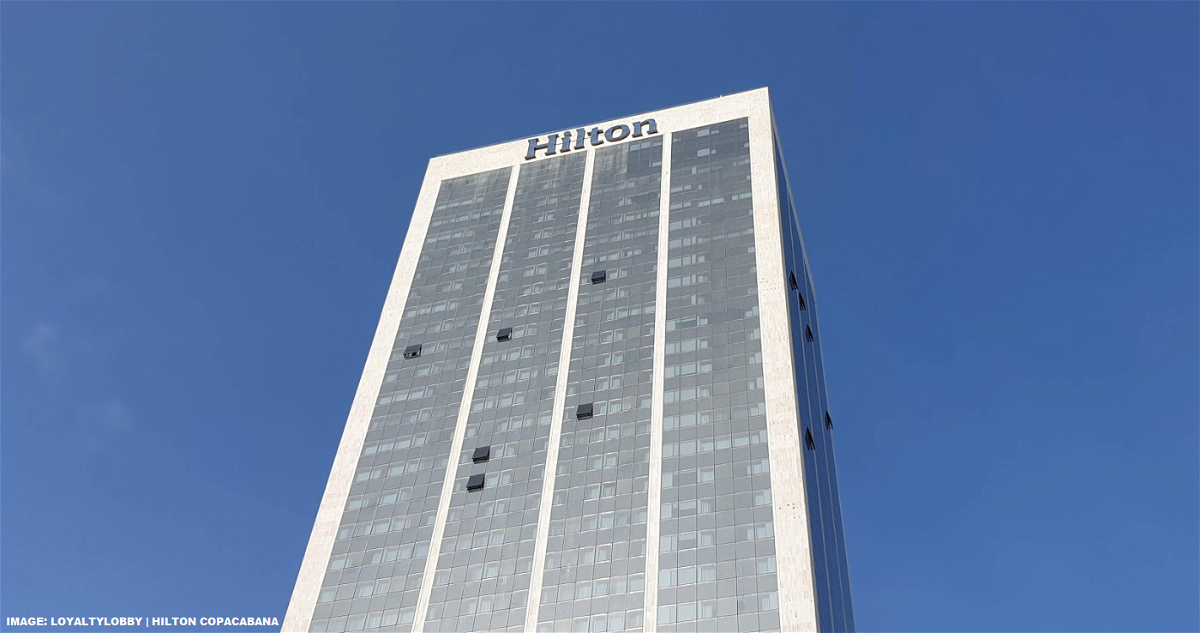 This, like JW, is misbranded but is even more dated than the Marriott. The décor must be from the 1990s when this hotel was still Le Meridien and later Windsor before Hilton took over in 2018, promising renovations that haven’t yet taken place. I could even take the dated décor if the excellent service was still there, like in 2018/2019, but it is not. 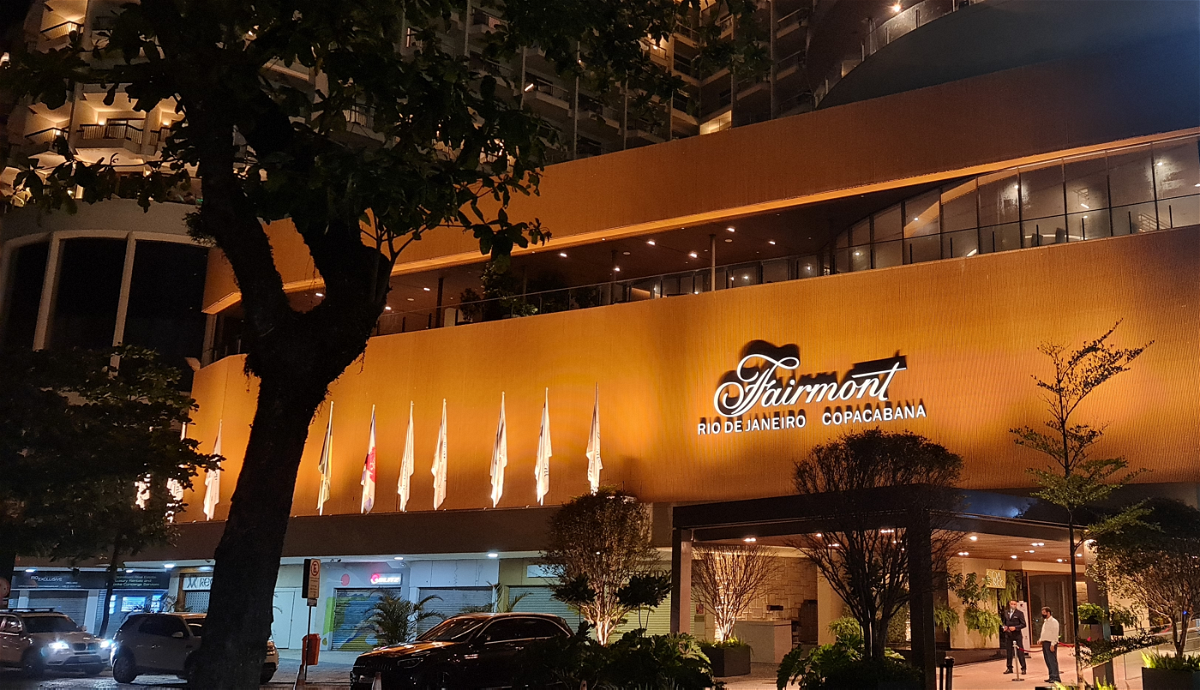 Fairmont Copacabana, former a Sofitel, is really struggling with the service. I have stayed at this Sofitel/Fairmont at least a dozen times as well. When I was there in November, housekeeping walked in twice on the same day when the DND was hanging outside, and on my last day, I woke up at 7 AM when some employee was in the suite’s living room.

The hotel promised to “investigate” what happened, which was the last I heard from them. The hotel management is simply incompetent (same GM as when this was a Sofitel).

Fasano (Leading Hotels of the World) and Emiliano (Small Luxury Hotels) are two hotels that I have not stayed in. I was not able to get a decent quote from them for the stay, and I wasn’t willing to try a new hotel after the Sheraton & JW debacle.

Barra hotels (Grand Hyatt and Hilton). There are several good-quality hotels in Barra, but the location is a huge drawback. Unless you intend to stay all or most of your time in Rio there, the area just doesn’t make any sense. However, I have spent several weeks at the Grand Hyatt and know the hotel well.

Copacabana Palace is probably the most well-known of all Rio hotels and has been in business for a long-time. I had previously stayed there by booking a Bellini Club rate for a suite and later extending it using a ridiculously low OTA rate.

After unsatisfactory Marriott properties, I knew I needed something that wouldn’t cause too many issues. So I shot an email to a travel agent that I use to book Consortia and other premium rates, to make a reservation for a night using the Bellini Club Suite-plan that comes with breakfast for two, early check-in/late check out (based on availability), upgrade (based on availability), and $200 F&B credit.

The check-in was chaotic, like previously, because they had a large group leaving, but I just headed to the restaurant to type away with my laptop, and soon a manager was assisting with the check-in.

I told her that I was not sure where I would spend the two subsequent nights, and I may end up extending the stay. She then decided to block the same suite until Sunday if I decided to extend it.

The upgraded suite with a Copacabana view was lovely, and the air conditioning was working great. I had the manager on my WhatsApp in case something came up.

We had a lovely time at the hotel so, on the following day, I decided that I could book another two nights if they would extend the F&B credit for the second booking (not usually applicable for back-to-back stays but always negotiable).

I ended up paying roughly the same what a suite would have gone for at JW or Sheraton but staying at a far superior hotel with generous F&B credit and obviously with a different and more pleasant guest mix.

My friend was surprised to learn that I had decided to stay in a non-points earning property, and suggested that I cover it here.

We have reached or are about to reach a point with some of these airline and hotel “loyalty” programs that them not worth the time, effort, and cash required when better options exist without the hassle.

Usually, I am the most satisfied with well-run city business hotels or some select service brands with a clearly defined product (you know exactly what you get). Often, chain-run luxury properties are those that fail miserably. Perhaps mixing budget and luxury properties is not the way to go because they require completely different mindsets, i.e., Fairfield Inn to a Ritz-Carlton?

I am more than happy to return to Hilton Rio de Janeiro or JW Marriott Copacabana once their product is aligned with the brand standards. Fairmont Rio de Janeiro, previously Sofitel, has always struggled with the staff. I am not sure if they can ever fix it, for instance see a previous post where I detailed how one of their team members helped themselves to some fresh $100 bills from my wallet.

Sheraton Grand cannot do much with the beach club outside that prevents sleeping (the usual reason to stay at a hotel), where they held parties on weekends until 10 AM other than buying them out.

Why should we put up with substandard service? I have always said that hospitality is not difficult, but overpromising and underdelivering is not a recipe for success in any line of business.

So, why did I decide to spend $1,400 at a non-points earning hotel and will gladly do it in the future, if needed?  Quality of the product and service. We need to vote with our wallets when it comes to lacklustre businesses.

Copacabana Palace was more than I usually pay for a hotel in Rio de Janeiro but the quality and experience made it well worth the price. 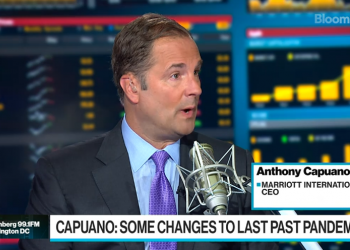 A LoyaltyLobby reader and a friend of mine, Neal R, sent us an opinion piece due to a recent interview... 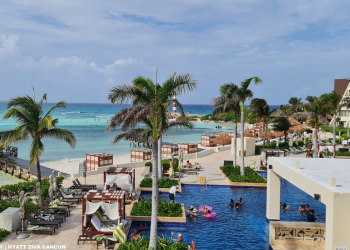 Are All Inclusive Hotels Of Any Value?

As Marriott and Hyatt have in the past few years expanded in the All-Inclusive segment, I have been curious about... 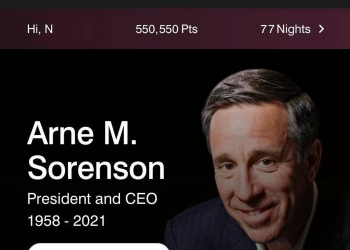 While Marriott mourns the loss of its highly successful CEO Arne Sorenson, LoyaltyLobby would like to take a few minutes to reflect...