Mexico’s president inaugurated a new airport for Mexico City on Monday that is 60 kilometers North East of the city center.

Felipe Angeles International Airport (AIFA but IATA code is NLU) was built on a former military base and has limited public transportation links to the city center. 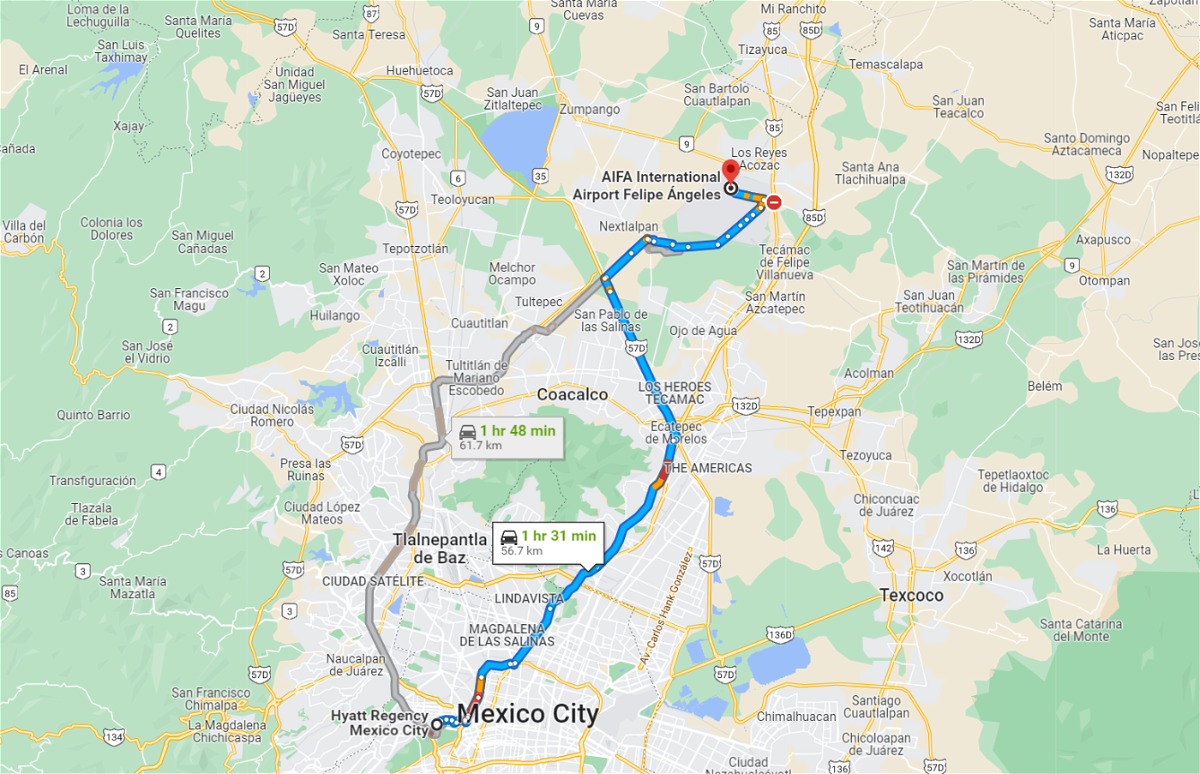 It takes an hour and a half with light traffic from Polanco to the new airport (probably two to three hours in moderate traffic). 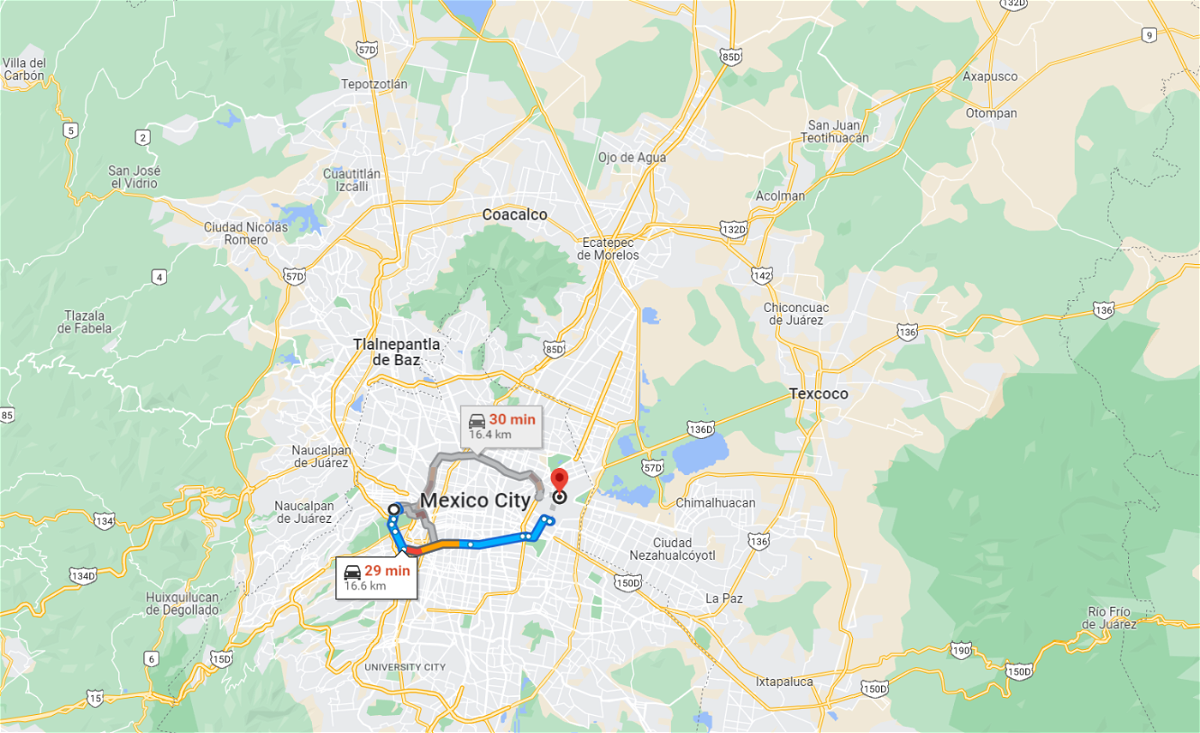 The current airport (MEX) is only a 30-minute drive or more than an hour if traffic.

The airport currently services a limited number of domestic flights and one international airline from Venezuela.

Airlines opening new routes to Mexico City are required to use the new airport, likely deterring them from flying to the city.

Here’s an excerpt from the Mexico News Daily:

Given its distance from Central Mexico City, travel times to the new airport have been a hot button issue. Pastor said last week that fast check-ins would compensate for longer travel times.

The AIFA posted a video to its TikTok account Sunday that claimed that travel times to the new airport are shorter from various points of the capital when compared with travel times to the site of the canceled airport in Texcoco, México state. Getting to the AIFA from the center of Mexico City, the neighborhoods of Condesa, Polanco and Interlomas, and the Mundo E shopping center takes less than an hour, the video said, even without new highway infrastructure in place.

The newspaper El Universal reported that getting to the AIFA from the AICM took 1 hour and 49 minutes on Saturday, but Pastor presented information last week showing that the journey takes just 57 minutes.

This new airport is a complete disaster when it comes to the travel times from the areas where visitors in the city stay. Two to three hours from the historic city center or Polanco are entirely unacceptable.

You would need to leave four to five hours before the scheduled flight time to ensure that you don’t miss a flight. Crazy!

Mexico City is a large urban area and certainly can support several airports. I cannot see any international airline using this new airport voluntarily, and I absolutely won’t unless there are no other options.