Mexico City this week opened a new airport called Felipe Angeles International (read more here) that is very far from the commercial and upscale neighborhoods of the city and is not connected with good public transportation links. 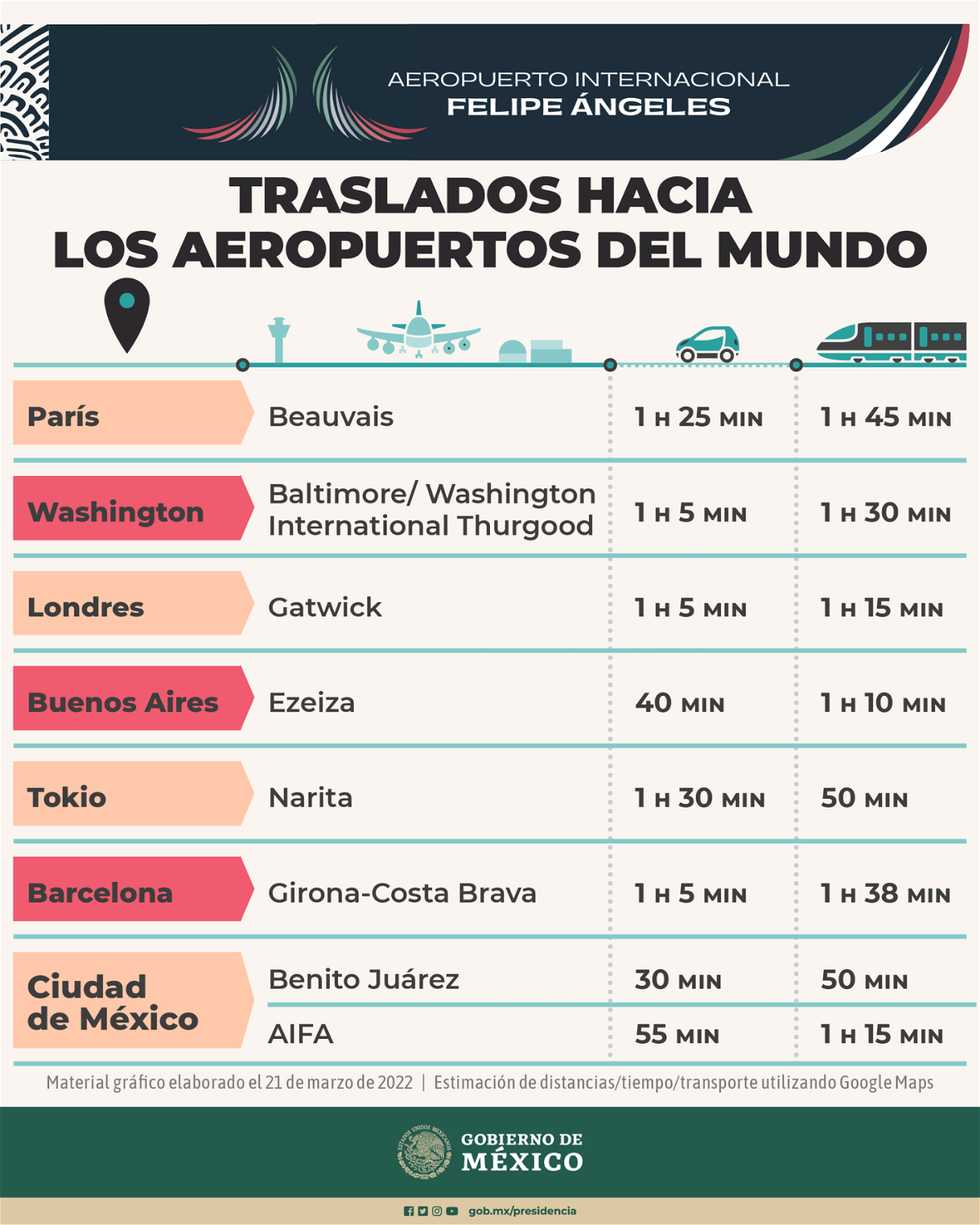 I pointed out on the piece that it can easily take two to three hours, if any traffic, from Polanco or the historic center to the new airport. Mexico’s government has now released a very deceitful comparison of transport times from city to the airport in various cities worldwide.

What is this Paris area airport that I have never heard of? Must be some of those regional airports that discount carriers classify as a city one. Two well-known Paris area airports are CDG and ORY. Google Maps estimates 50 to 55 minutes from Park Hyatt to CDG with some traffic or 40 to 50 minutes to ORY.

This is absolutely a ridiculous comparison. Girona is an entirely different city.  Car from Mandarin Oriental in Barcelona takes 20 minutes to the El Prat (BCN) or 40 minutes by public transportation.

The Felipe Angeles Airport (AIFA – IATA NLU) is far away from the historic center and south of the city with more prosperous neighborhoods. However, the airport is convenient for those living north of the city, and Mexico City is certainly large enough to support more than one airport.

Trying to make a false comparison between transport times to various airports around the world is ridiculous.

It is difficult to see how this AIFA could become an important international gateway due to its location, lack of international and domestic connectivity, and limited public transportation options.