South Korea officially opened for tourism arrivals on April 1, 2022 which is now roughly two weeks ago and as soon as the news broke I decided to plan a trip that includes a long stop in Seoul. 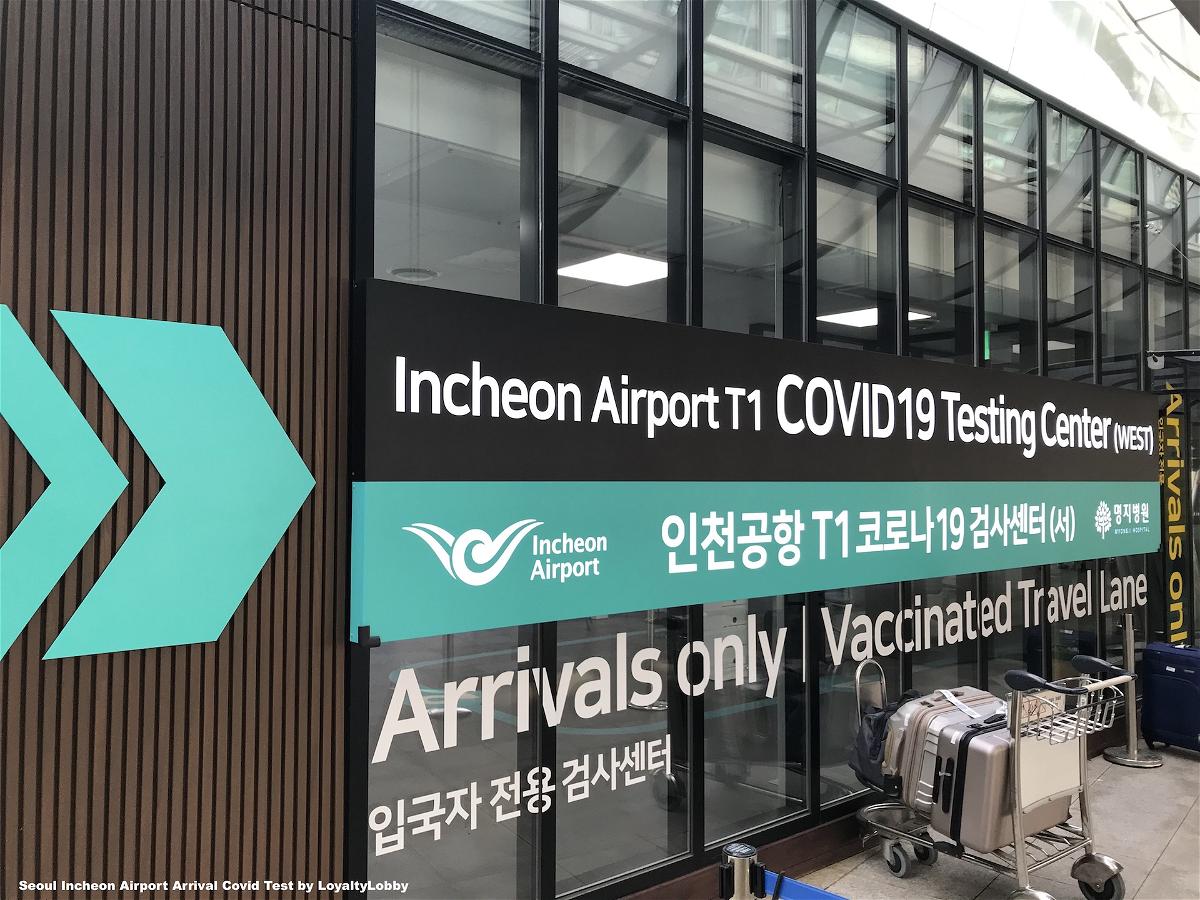 There were quite a few things to prepare before being able to fly to Korea and eventually settle at the hotel after arrival including some rather surprising deficiencies especially when it comes to airport transportation.

I have covered the news about Korea’s reopening frequently as the news began to drizzle out and gathered some information in terms of what is currently required in terms of documentation.

The visa waiver program has been re-established for most eligible countries but you now need to apply for an Electronic Travel Authorization prior to your trip:

This ETA costs ~ US$8 and is valid for two years of multiple-use after approval, similar to the ESTA for the U.S. and the ETA for Canada. Approval of the ETA can take up to 24 hours but I have received mine within 20 minutes.

The next requirement is the Q-Code (issued instantly) which includes uploading data concerning your health history such as symptoms, vaccinations, PCR Test results, and travel history as well as your address in Korea.

You can only finalize the Q Code once you have received the PCR test result taken 48 hours prior to travel but the code is issued automatically. The proof of vaccination uploaded was my CDC paper card issued in the U.S. and the instant approval means this wasn’t manually verified in any way. I was never asked to provide the card at any point upon arrival in Korea or anywhere in Seoul.

It’s imperative that you have every single document / confirmation available in printed form!

I was asked to show these documents several times and a friend who flew a few days earlier and didn’t have it printed had a hell of a time finding a printing service at the airport as Asiana wouldn’t let him check-in without the papers. 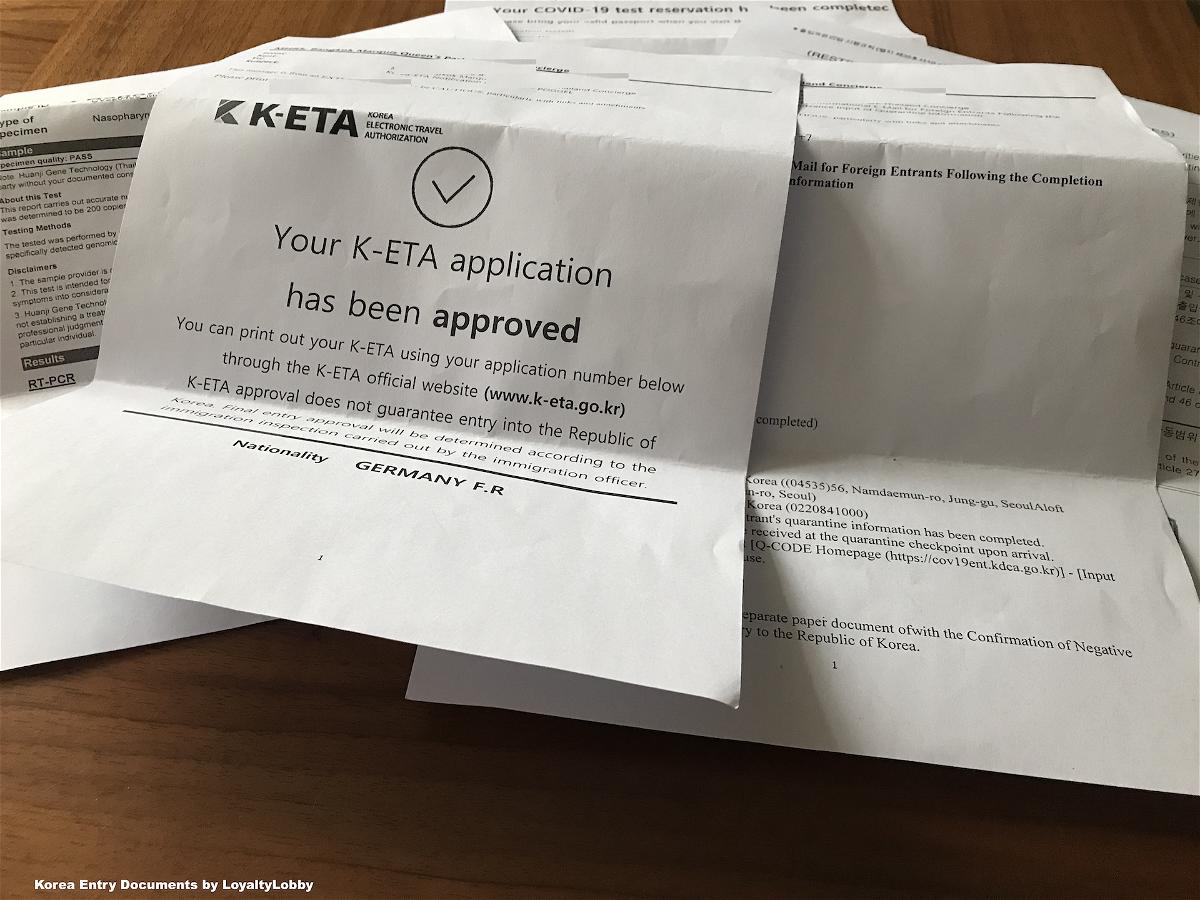 Another step is the required PCR Test upon arrival which you’re obliged to take within 24 hours of arriving in Korea. This isn’t clearly communicated in many sources and I really wonder why they let this fall under the table. You are reminded again that this is necessary when reaching checkpoint 1 (of 3) and they give you this leaflet: 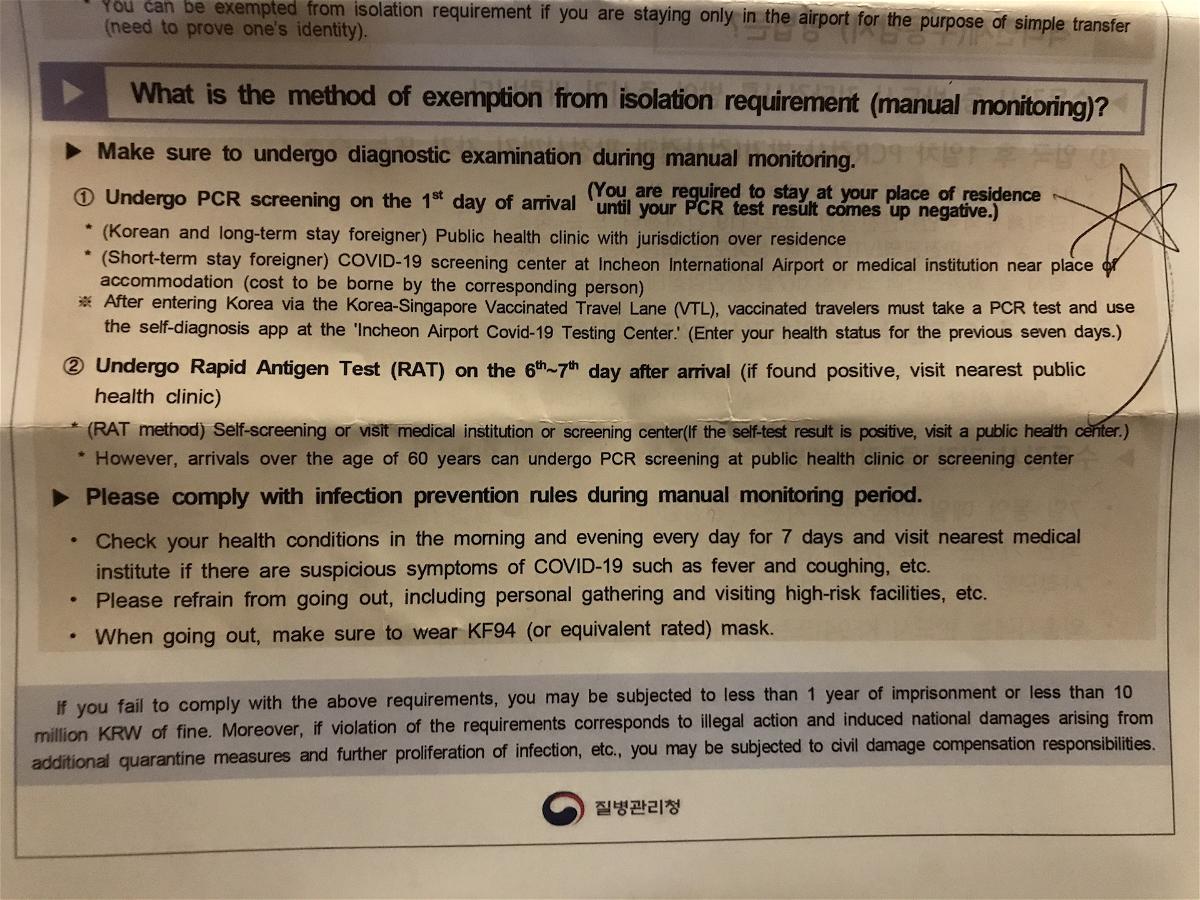 You don’t have to do this immediately but I decided to do so right at Incheon Airport for several reasons. 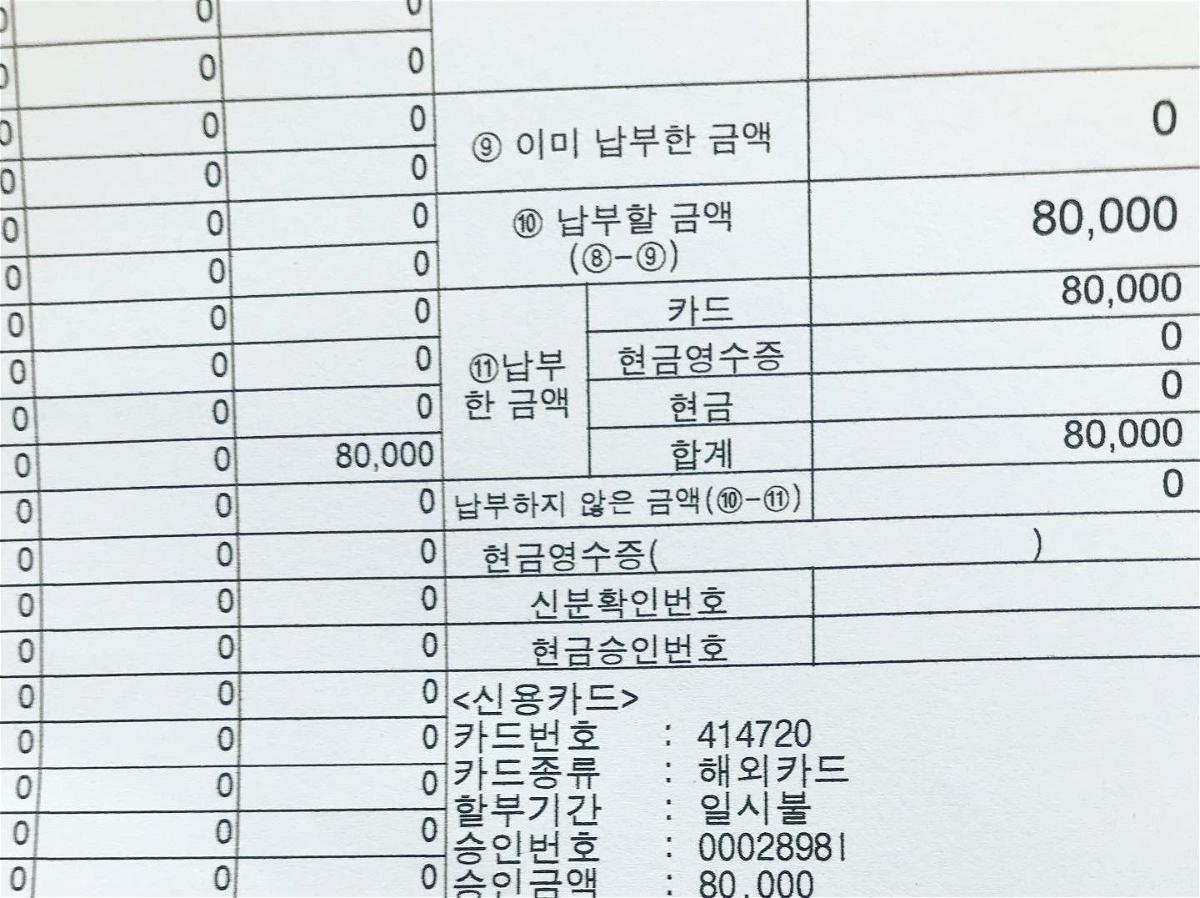 There are two testing centers for arrival, one that’s called EAST (administered by a Lab) and the other that’s called WEST (administered by a local hospital). I chose West because they had an appointment spot for 10:15 open). The WEST center also handles all those Singapore arrivals that come under the Vaccinated Travel Lane which is pretty much identical except that VTL participants don’t need booster shots in order to enter Korea.

International Travelers are apparently eligible to test at the National Tuberculosis Center for 70,000 Won when presenting their passport with the sticker on it, but the location is far out in Seoul and you’d pay a lot in taxi fees to get there. My suggestion: Get it done at Incheon Airport right away! 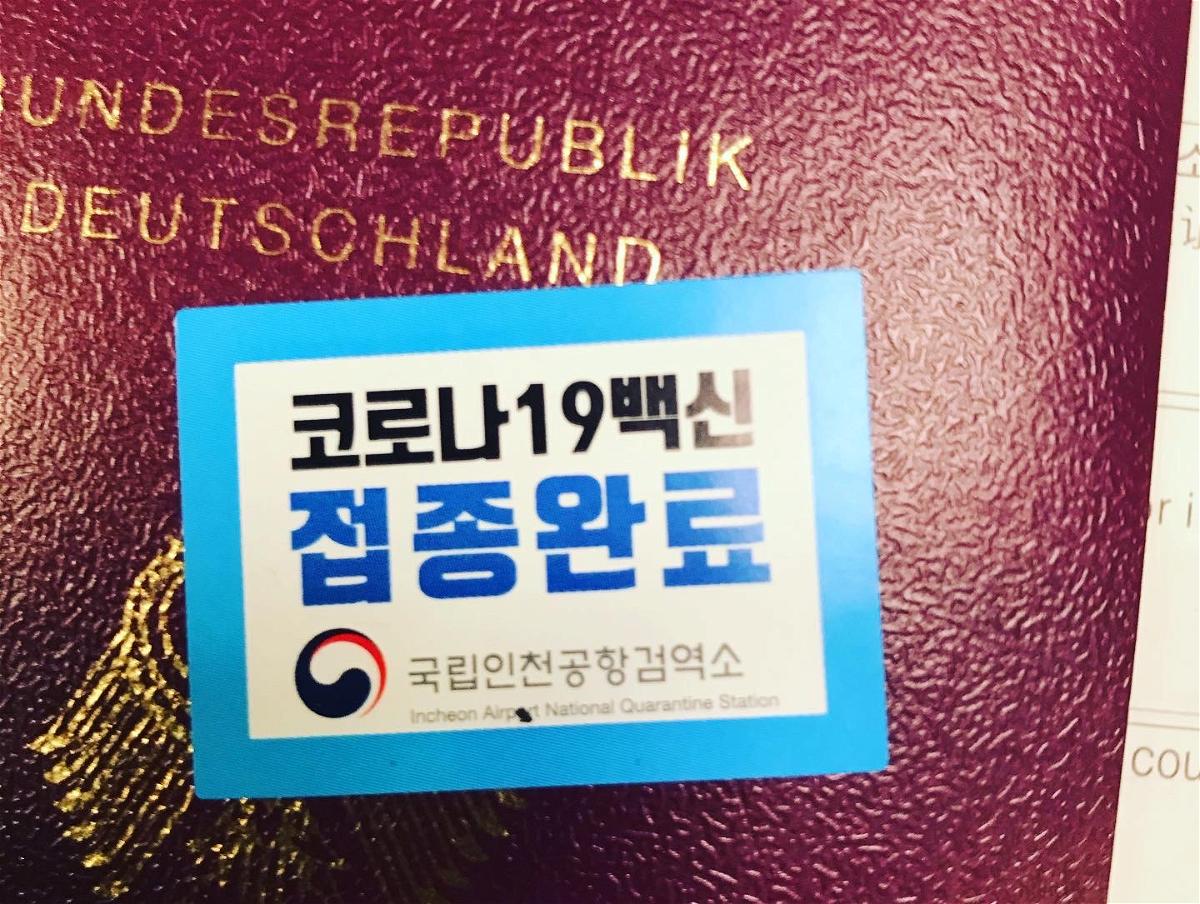 I made a reservation through the Safe2Go Pass application/website for 10:15am and my flight had an arrival time of 9:00am. I was at the test center 20 minutes early but they also accept walk in’s. If you want to make a reservation in advance just like me I suggest to be a bit more generous with the time and allow at least 2 hours between scheduled arrival and the appointment. Making a reservation also means that your data is already in the system and you don’t need to do it manually right there.

I was first off the plane, and spent almost 70 minutes waiting at the immigration counters (3 steps) before going down through baggage claim and exiting into the terminal. I then got tested shortly before 10:00 am and my result arrived in my email roughly 3:30 hrs later: 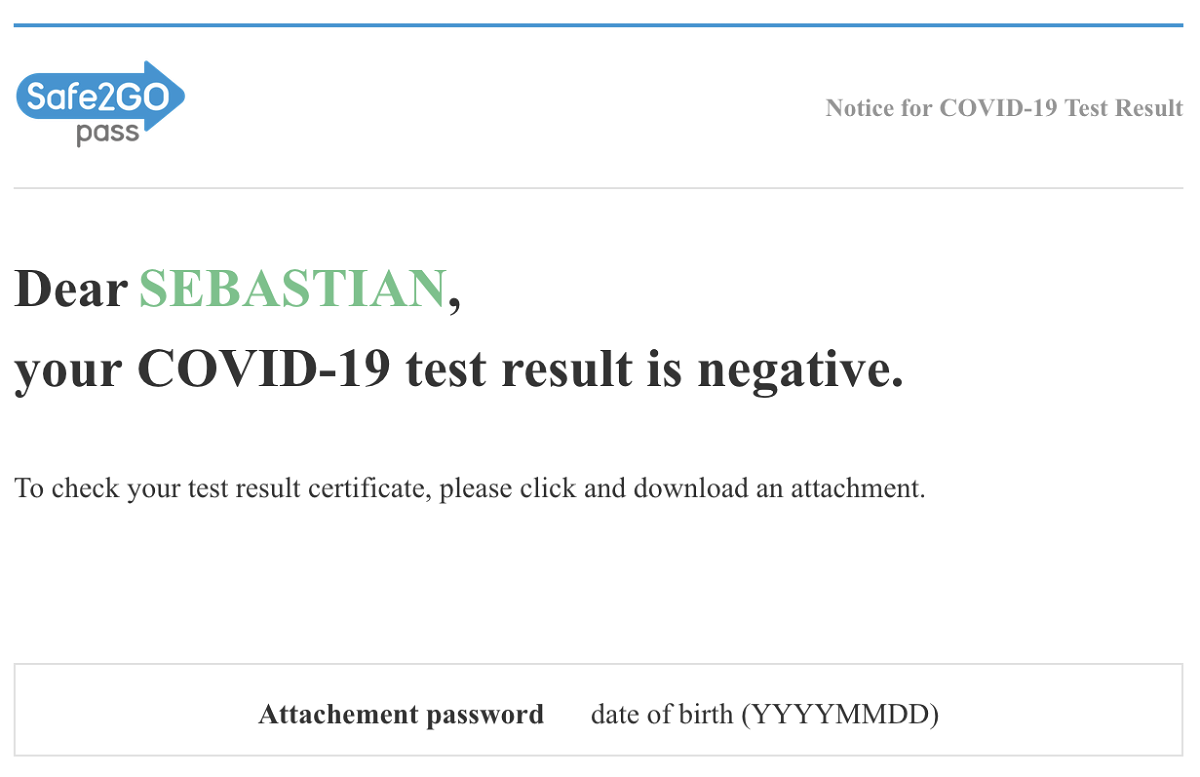 My guess is that this is reported into the database automatically through your passport number as a reference. The self-monitoring application that requires you to submit a daily health questionnaire has no option of attaching a screenshot. 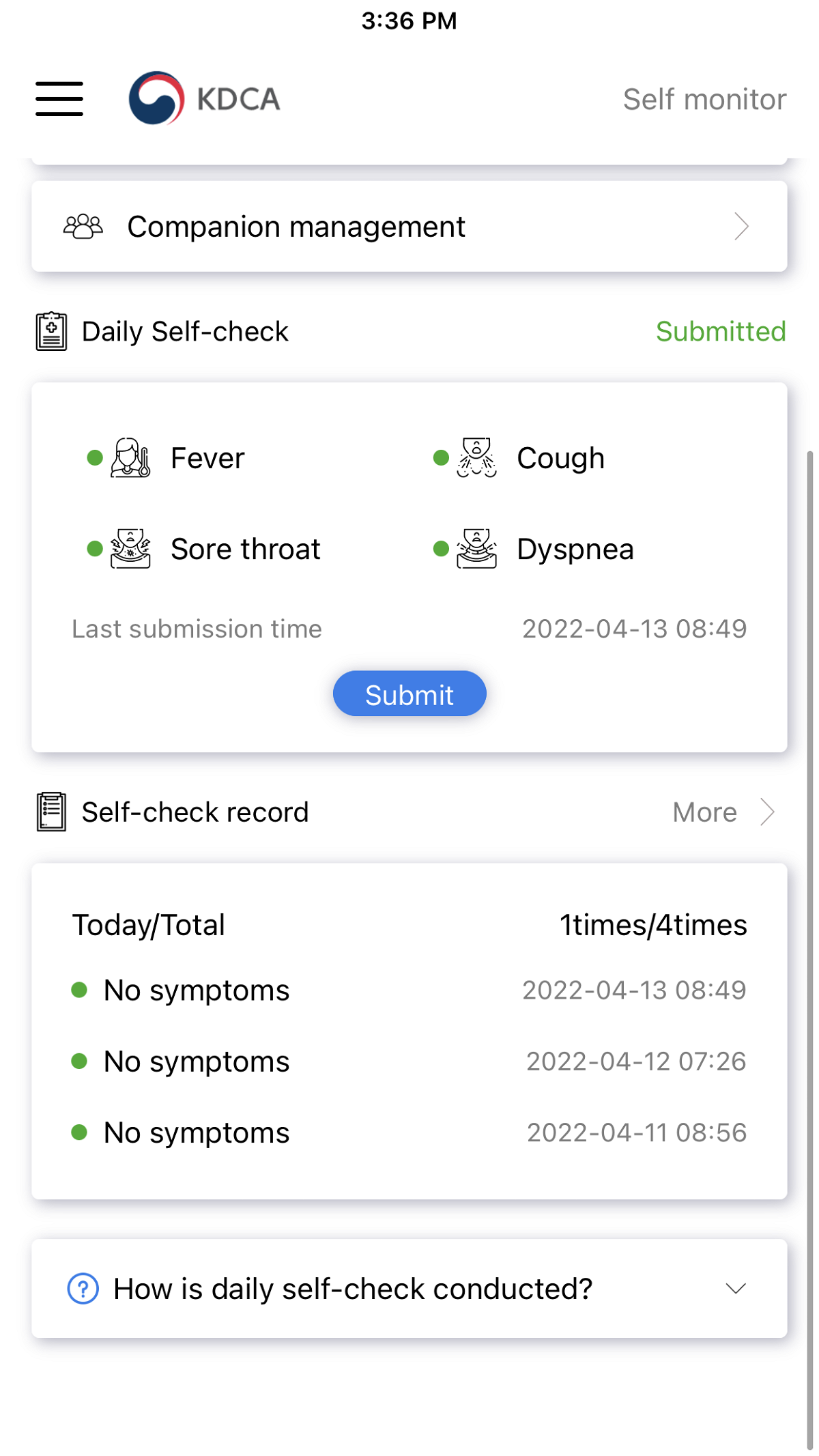 On day 7 of my stay, there is supposedly a self-administered covid test required. I still have zero idea how to report the result of this other than just writing “Test Negative” in the daily comment field. I’m sure if something isn’t right they will contact me somehow.

My impression of the entire process?

Having visited a range of countries post Covid I find the process for Korea is very tedious. The processing at the airport took rather long (much longer than I experienced it both in Bangkok and Phuket) but having all documents properly sorted means most of this time is actually waiting for others to be processed until it’s finally your turn. There weren’t many people ahead of me, just some leftovers from a Singapore Airlines flight and it still took me roughly two hours until I was done with everything.

The two PCR Tests (one before departure and one after arrival) are costly and so far this test done at Incheon was the most aggressively administered test I ever had in the last two years. I had friends who reported the same previously and it was done in such a rough fashion that I even got upset at one point.

I probably wouldn’t do this all the time. I’m glad Korea opened and I had the opportunity to see cherry blossom again this year which was rather beautiful in this warm spring weather so a one-time visit was worth the hassle. 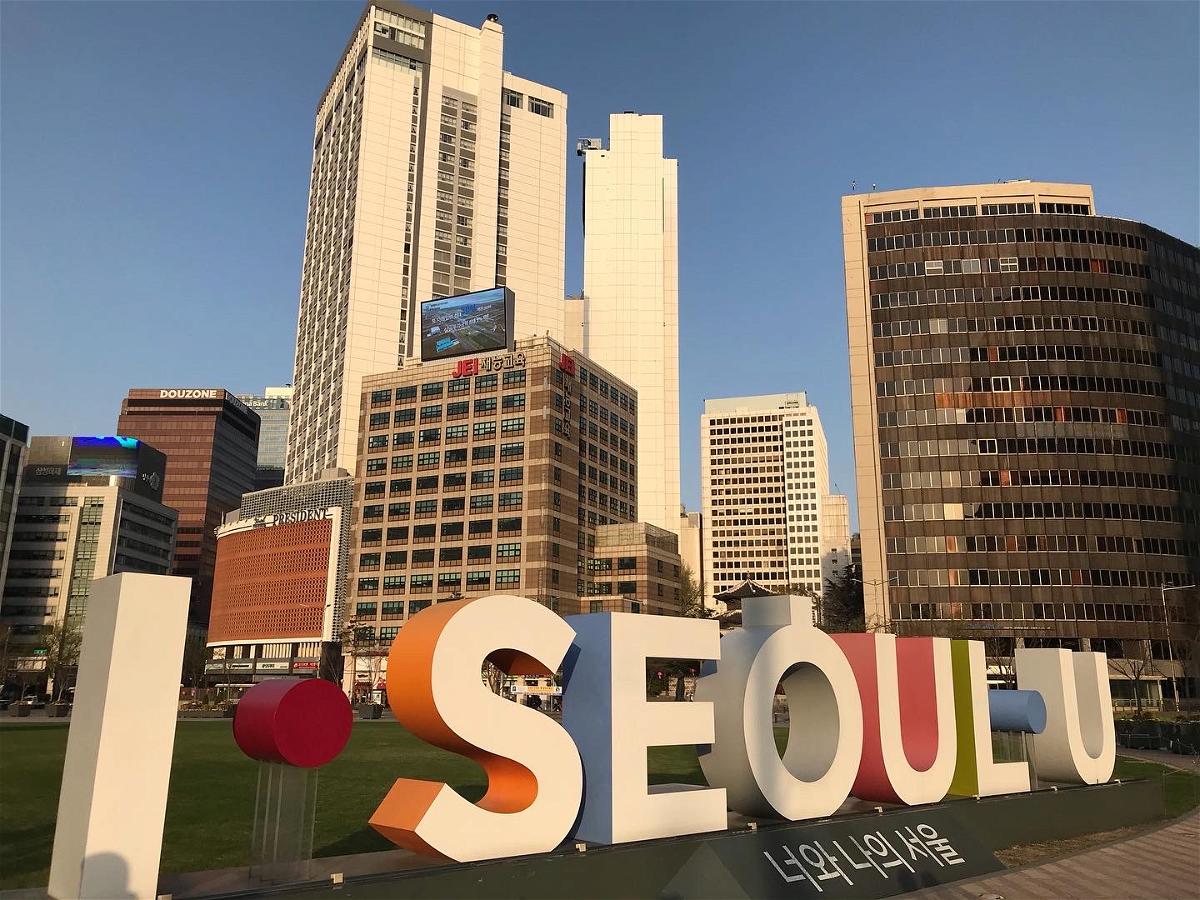 Talking about hassle: There is no public transportation available from Incheon Airport except the very slow AREX train that stops at several stations on the way to Seoul Station. The Express Train isn’t running at all. The KAL Limousine buses are also not operational with the exception of two buses per day (Line 6705 at 13:20h/18:10h to Jamsil/Lotte World).

This lack of sufficient transportation options is completely unacceptable. Are they serious about opening up for tourism or not?

The train ticket for the slow train was very cheap but I would have preferred the Limousine Bus. Luckily I stayed near Seoul Station anyway so it was only a short taxi ride away but if you’re staying further away you either have to change to a subway line or take a cab throughout Seoul.

South Korea has reopened and my arrival experience, although tedious and lengthy, wasn’t horrible. If you have some experience to organize yourself and get the required papers in order then you won’t face any issues.

I think the process at the airport can be a bit more streamlined. They are wasting a lot of time there and the airport (immigration) is a bottleneck. My real pet peeve is the lack of proper transportation between Incheon Airport and Seoul. The subway was cheap and not very busy on a Sunday but I’m missing the nice Limousine bus service. I feel if they are serious about reopening to tourists then there need to be some improvements.