Indonesia long stayed close to international arrivals without a quarantine (on and off). It even tried the Warm Up Vacation concept in Bali, which required foreign visitors to stay in a specific part of select hotels for a few days before being allowed to roam freely on the island.

This is now long gone. Visitors only need to be fully vaccinated and have travel insurance. Indonesia has also reinstated the visa-on-arrival with many nations, and those arriving from ASEAN countries don’t need one.

Not all is good, however, as I experienced on Saturday arriving in Bali from Bangkok. The arrivals process is an utter mess and even worse than I can previously recall.

Checking In For The Flight In Bangkok 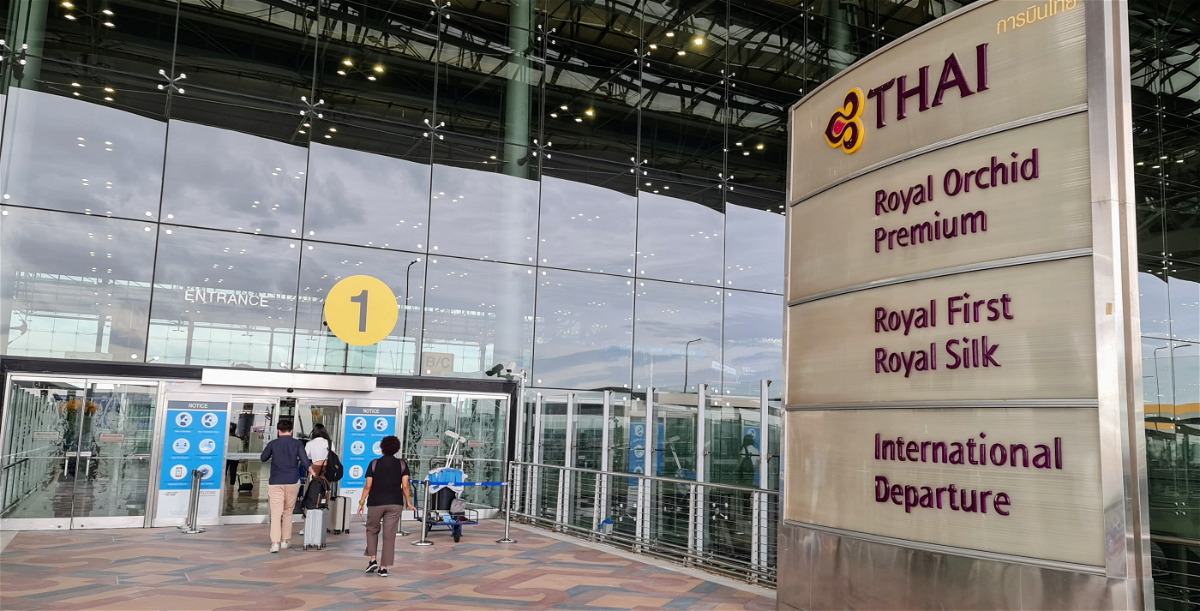 The agent was aware of the dropping of the pre-departure test requirement on the 18th, and I was only asked to show my vaccination record and an onward ticket. My Thai Airways flight was one-way and I will depart on Singapore Airlines next week.

I have the EU vaccination certs on the French COVID app (most straightforward to use), and I merely showed the QR code that indicates that I had had several shots and the date of the most recent one. It took a while for me to open the SQ app and pull up the itinerary.

The Thai Airways flight was almost full, and I hated the ancient 2-2-2 seating in the business class with close to zero privacy.

I must have entered Indonesia more than dozen times over the years, and sometimes the process has been very smooth (no other arrivals at the same time), while other times it has been a complete and utter mess, and mess it was yet again.

I was one of the first passengers from the plane that entered the area where they had several booths to check your vaccination record.

They just had a look at the QR code, asked for my passport, and typed something into their system. 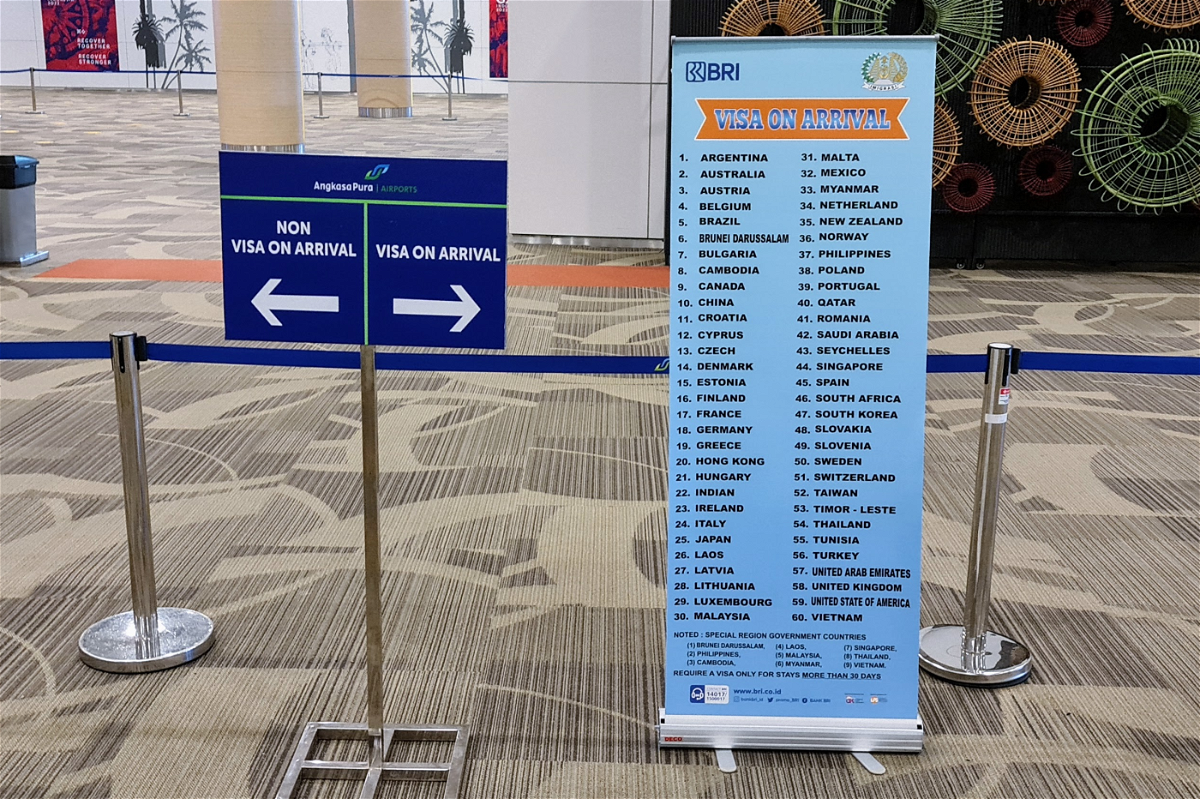 I have previously paid for the visa-on-arrival in Jakarta and Bali. Do you recall when you also had to pay the exit tax in CASH before exit immigration in Indonesian rupiah, and no credit cards were accepted?

There were four/five windows open for the payment, and you could pay in various currencies or credit cards. You need the visa slip for the next step (immigration).

I should have known that something was wrong when I was first approached by a couple of men whispering if I needed “express” service.

The express service is basically a bribe you pay for these “gentlemen” to take you in front of the line. I believe that I have paid it once, and the fee was around $20 but is somewhere around $30 to $40 right now.

There were three/four different lines for Indonesians/VOA and all passports. Then there were two very short lines for diplomats and KITAs holders where they also guided families with small children. 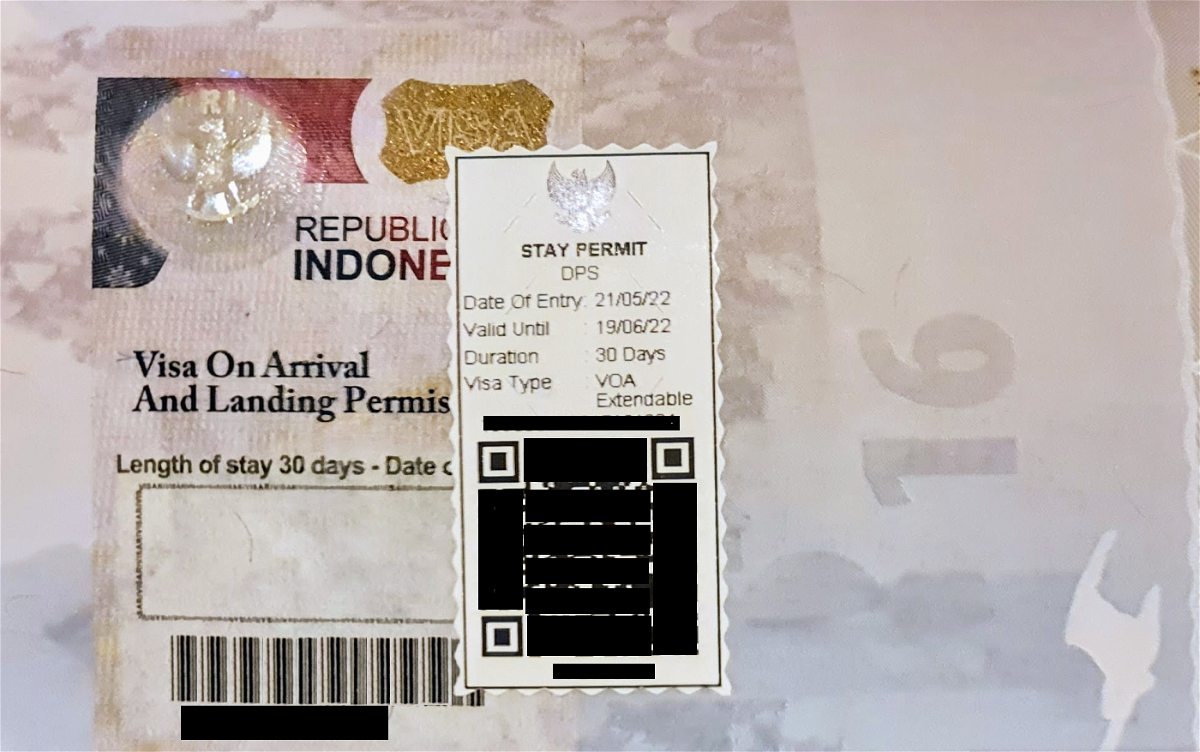 People were lying and sitting on the floor. Several hundred people were in the arrivals hall waiting to be processed, and not all the windows were open.

It took exactly an hour to get through the line. I presented the passport and the VOA slip and was stamped through after two of my fingerprints were recorded.

Then you enter the fourth lane, where a couple of customs officers collect the forms you hopefully had ready.

Note that there is a fee to register for your cell phone’s IMEI number if you plan to stay in Indonesia longer and use a local SIM card. Otherwise, the phone will stop working one day.

Suppose you plan to stay in Indonesia for an extended period (more than 90 days). In that case, you should register the phone’s/laptop’s IMEI number at the customs and pay a fee, or it will stop connecting through local networks using an Indonesian SIM card. This won’t affect those who use roaming services.

There is an exemption of $500 if you register the IMEI within 5 days of arriving in Indonesia. You probably should do it right when arriving in the country and you know, for sure, that your stay will exceed 90 days.

Indonesia often requires all the passengers to X-ray bags. I was waived through probably due to the number of arriving passengers.

There were plenty of hotel representatives and drivers waiting for the guests. I arranged a pick-up using a local ride-hailing app GoJek (and saved a bundle).

Compare This To Entering Vietnam:

My Vietnam May 2022 Entry Experience 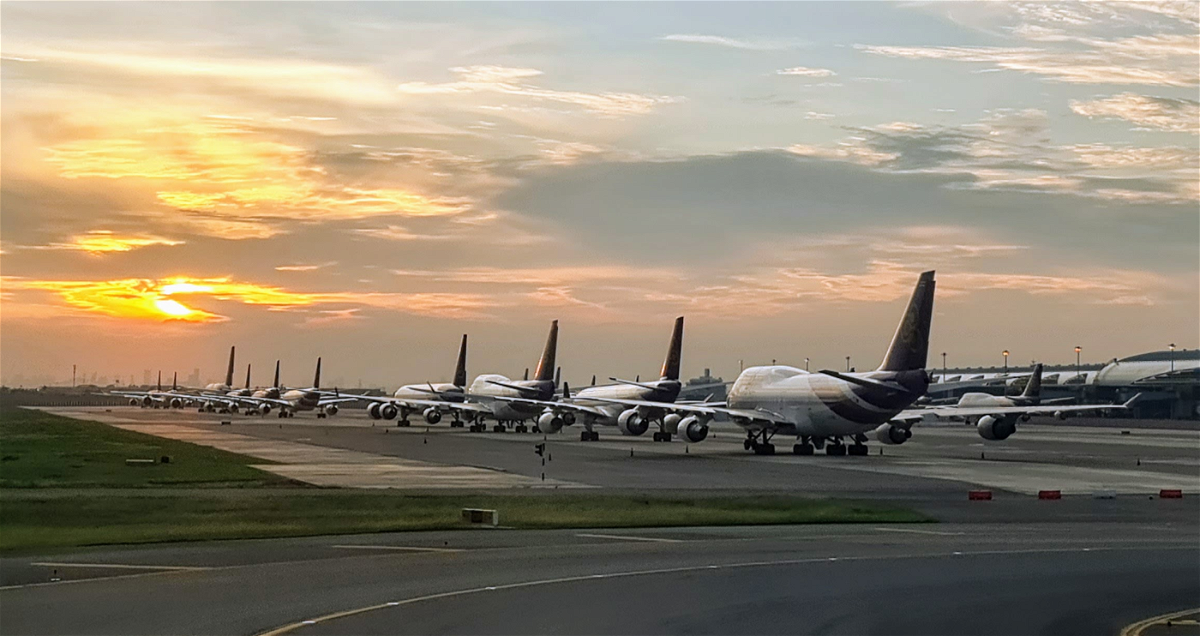 It took 90 minutes from landing to exit the airport, of which I spent an hour in that immigration line.

If there had been a line at the vaccination check and visa-on-arrival counters and one or more international widebody arrivals simultaneously, you could easily spend two to three hours in this COVID incubation hall.

This is not a way to welcome tourists to the Island of the Gods.

The first impression is essential, and dealing with this international arrival mess again when they had no foreign visitors for two years and plenty of time to work out any possible shortcomings is not ok.

You probably should pay for the expedited service if you see the arrivals hall full of people, but I don’t think we should have to pay bribes to have faster immigration access.

I have entered Thailand twice and Vietnam once in the past month or so, and all three instances were smooth and without any delays.

Why can’t Indonesia and Bali get their act together, and why are visitors willing to put up with this arrival hell?