Russia’s war (“special operation”) with Ukraine has now been going on for three months, and finally, IHG has removed hotels in the country from its website, but they are still available on the app. 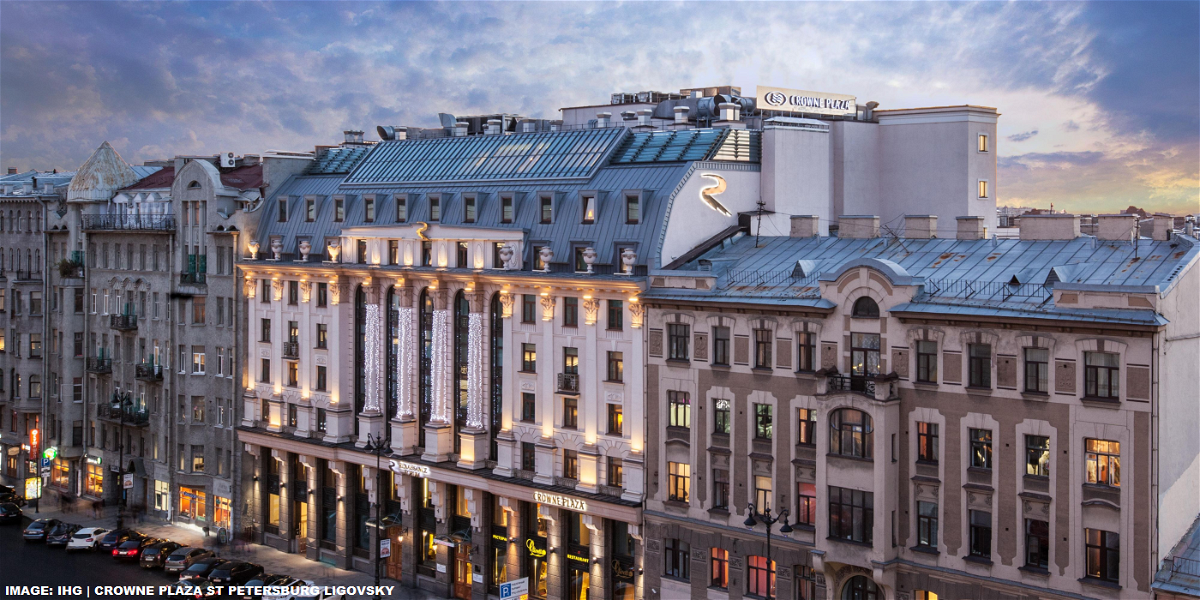 IHG has now removed all of its Russia hotels from the website, but they are still bookable (or at least visible) on the app.

The website only returns a Crowne Plaza that is set to open in August, but there are sixteen options to choose from on the app.

Nothing is coming up on the website but seven hotels on the app.

Despite their promises, it has been a challenging road for hospitality sector businesses (hotels) to exit from Russia.

I guess that they hoped that this war would have been over by now and they could quietly continue expanding their business in Russia and its satellites.

But it is better than never to end the partnerships with these hotels. It is probably an easy decision because there wouldn’t have been any money coming out from these hotels to sweeten the corporate bottom line.