Should A Hotel Be Allowed To Charge Guests For Stained Bedsheets? Case: Aloft Kuala Lumpur

This week I experienced something interesting, when checking in at the Aloft Kuala Lumpur I overheard guests arguing with front desk staff / management over an issue with their room interior as they were checking out. 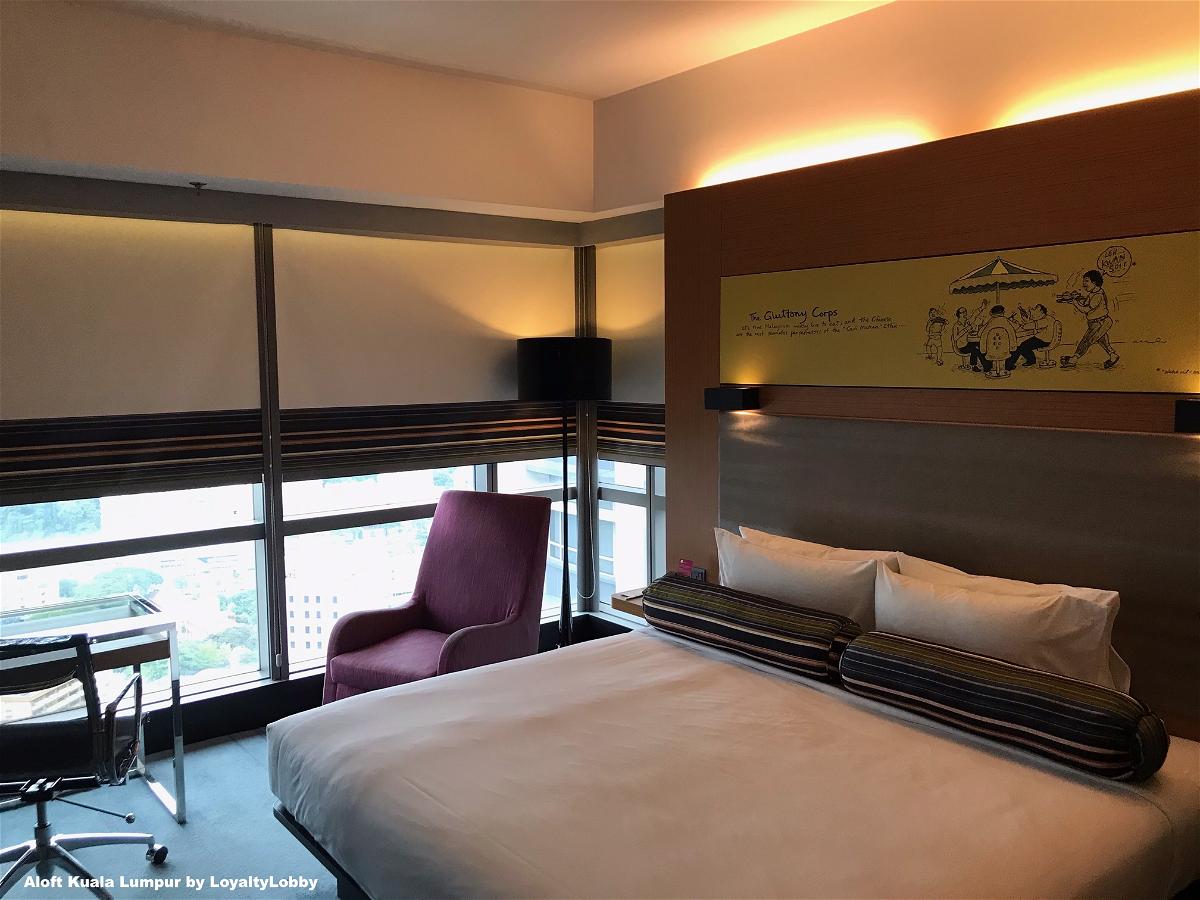 From the discussion, housekeeping has found stains on the bedsheets that appeared to be blood and that causes an automatic charge to the guest for an entire set of (low quality) bed sheets.

I honestly never heard a hotel charging guests for damaged bed sheets unless there was damage above and beyond normal wear and tear that happens every day.

I’ve been staying at this aloft for close to ten years and it was a long-time favorite of mine but something appeared to be off during this stay from the very beginning as the lively atmosphere was gone and almost no staff visible.

But this complaint by another guest was so strange that it prompted me to look at Tripadvisor what the most recent reviews are.

I couldn’t believe my eyes that on the first two pages of reviews there were already THREE reviews of people reporting (with pictures) that the Aloft Kuala Lumpur charged them for bloody bed sheets. 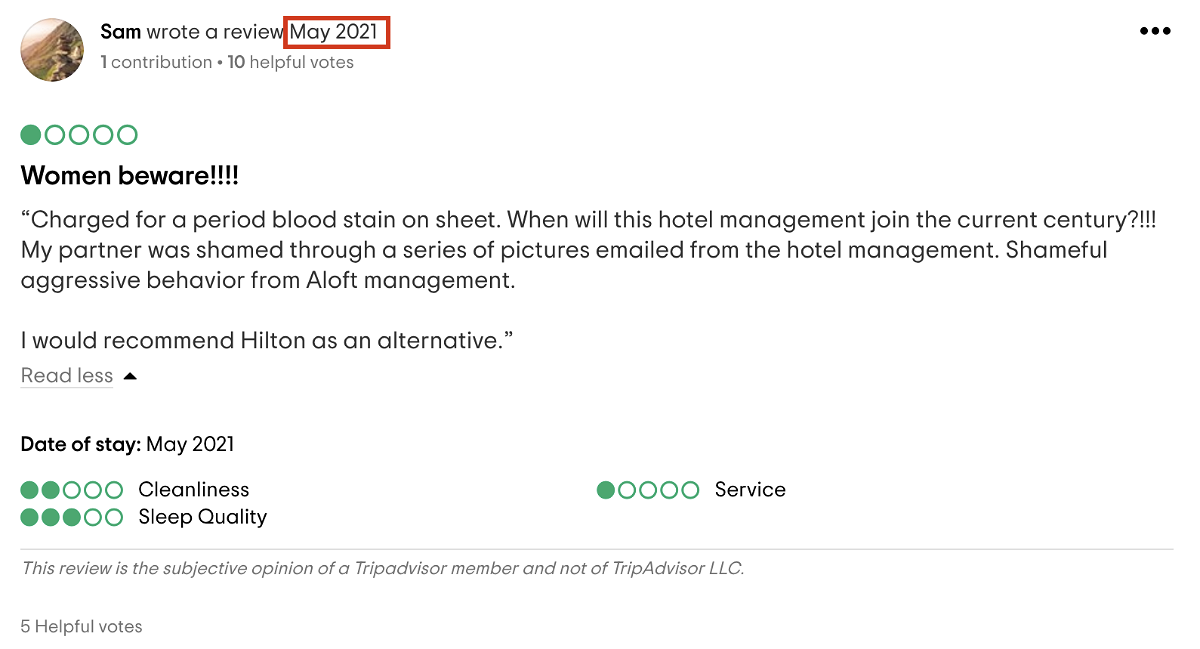 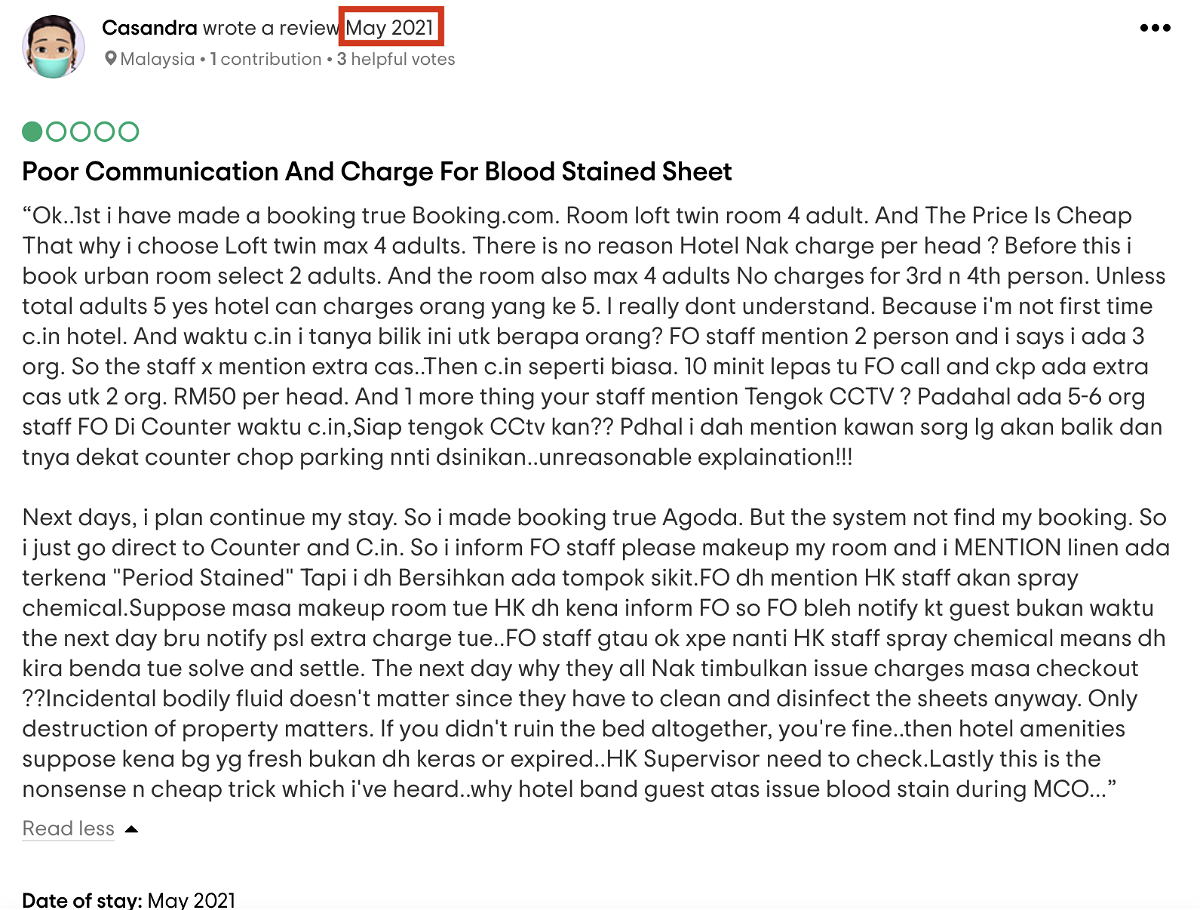 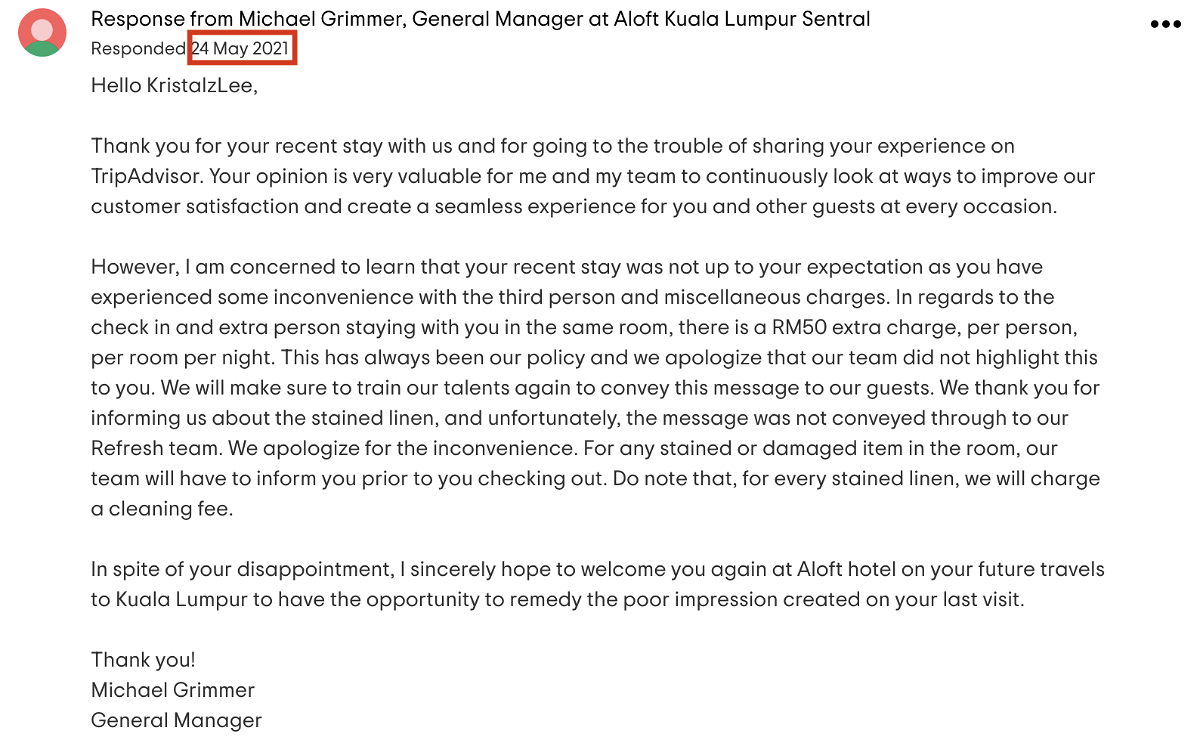 And then another one from February 2022: 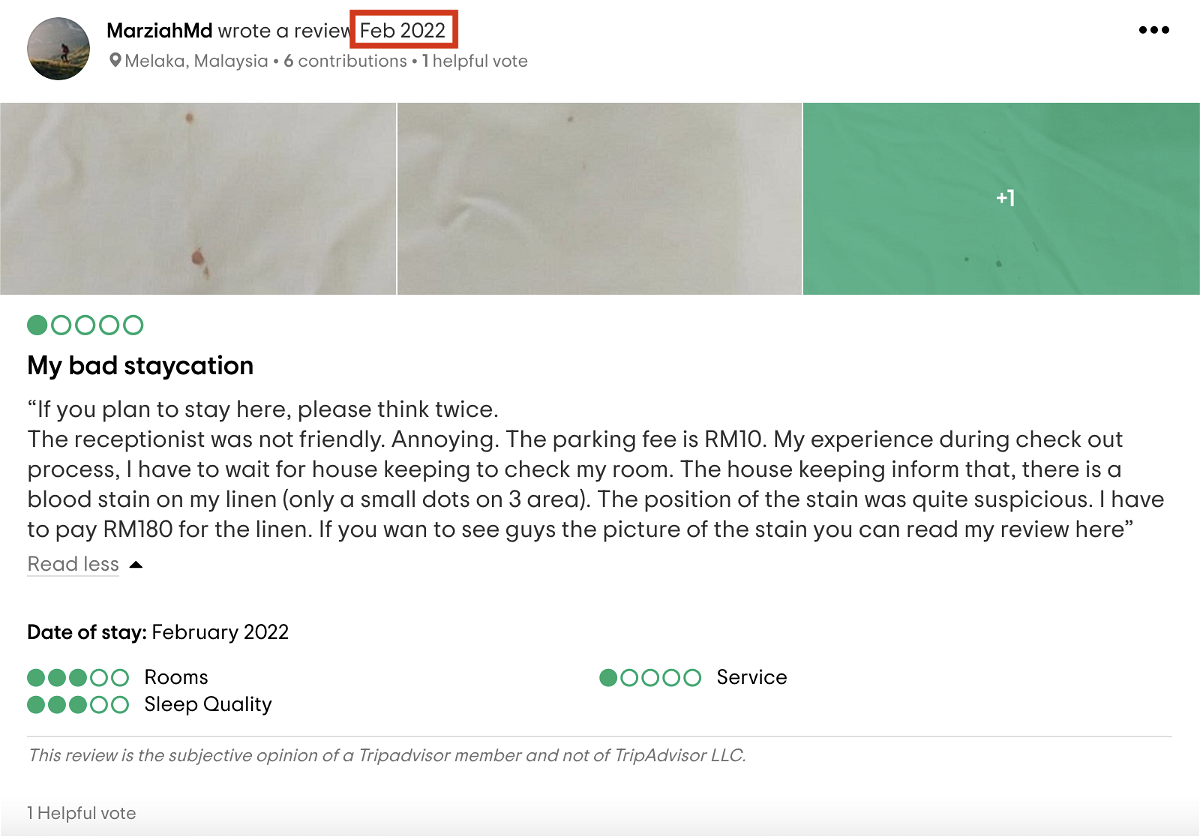 What the heck is going on here? Three reviews of people being charged for stained bedsheets and another such conversation I witnessed in person? Is this some sort of low-key extortion scheme the hotel management is running?

No matter what the reason is for having blood stains on bed sheets, be it from a woman’s menstrual cycle, a small injury or even a mosquito bite – should a hotel be charging guests for something like this at checkout? How do they know it doesn’t wash out? And even if it doesn’t the hotel has hundreds of rooms they sell per day if this happens every now and then that’s simply the cost of doing business.

Assuming tonight during my sleep I bite my lip or have a minor nose bleed am I on the hook for a new bed sheet at the Four Seasons (which would no doubt be a lot more expensive than at the aloft)? Ridiculous.

None of these cases affected me, a reader of ours, or anyone I know. I purely picked up on this by chance and this is just wild. Especially the responses of the General Manager Michael Grimmer (never heard that name before, the two previous GM’s Mr. Gregory and Mr. Rubel were fantastic) are shocking and totally out of touch. We’re not talking about a blood-soaked bed here – it’s a stained sheet!

I’m not sure about the fine print signed upon check-in but I’d definitely investigate it closely. There is no way I’d pay the hotel 180 MYR for a stained bedsheet, if they’d charge me this I would initiate a chargeback with my credit card company and also file a complaint with Marriott Customer Care.

The Aloft Hotel in Kuala Lumpur seems to have picked up a tendency to inspect the guest’s bedsheets diligently and then charge them for stains on bedsheets Guests who sleep in hotel beds are the hotel’s primary business in case the property management hasn’t noticed it yet.

In my opinion, unless damage caused by the guest can clearly be identified as intentional or gross negligence or blood seeped down as far as the mattress itself something like this should not be charged to the guest.

The sums mentioned here are also quite unbelievable. 180 Ringgit for the Linen is 70% of the room charge – for linen that has most likely been used hundreds of times already. This is crazy! Have you heard anything like this before?

Airfare of the Day [Business Class] GULF AIR Singapore to Paris from $1,630 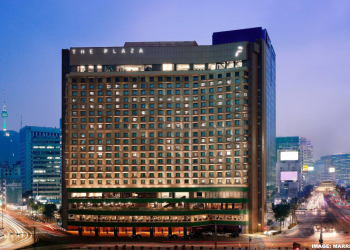 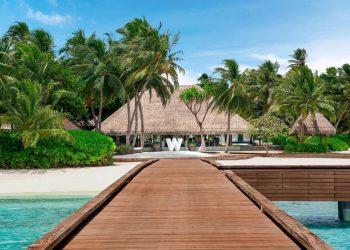 Welcome to our weekly video review on hotel suites and rooms around the world! This week’s edition features the WOW Ocean...