Today’s article should serve as a word of warning for those who are considering booking tickets on Malaysia Airlines and expect to make use of their oneWorld Emerald benefits – there are none! 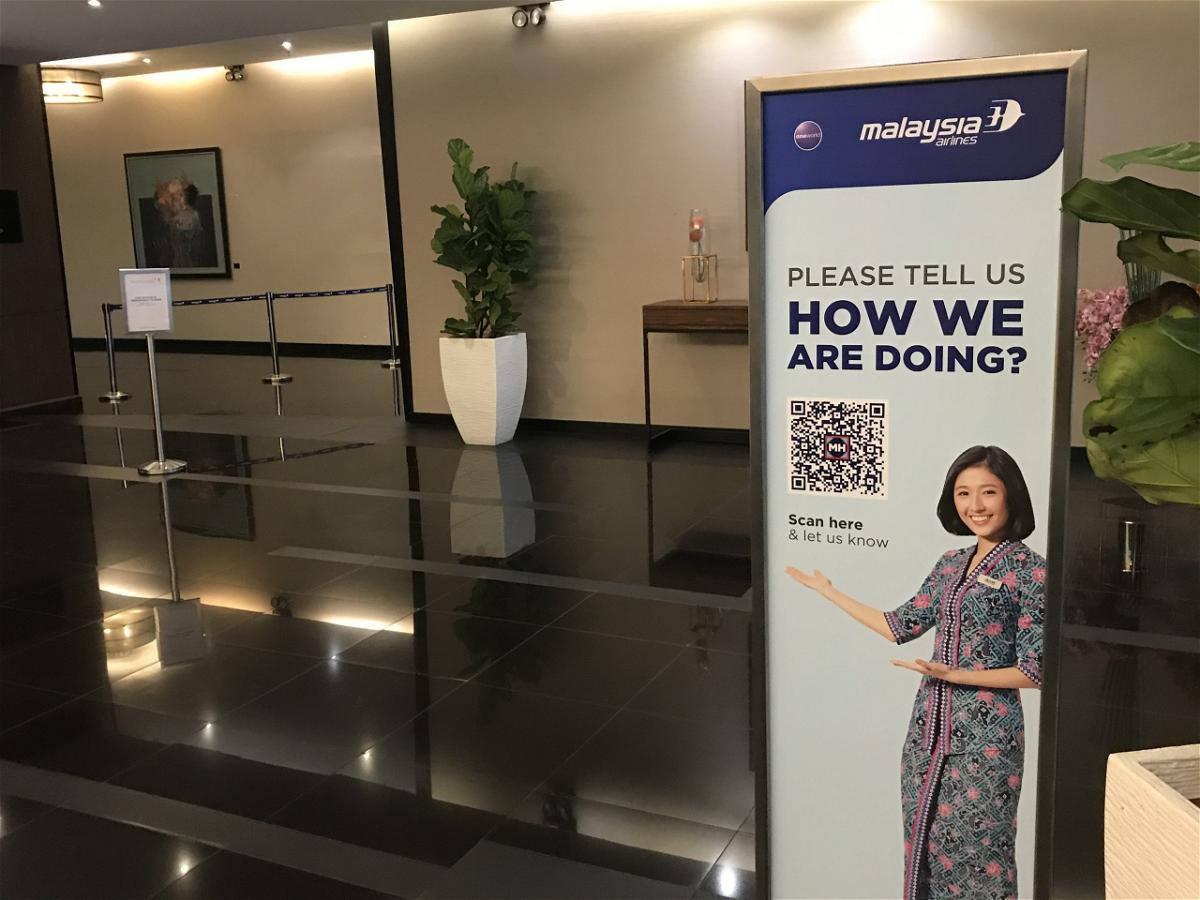 Even though the airline has reopened the Golden Lounge, those benefits that are typically available and most valuable for Emerald members are still unavailable.

One of the issues that are related to this situation is that Malaysia Airlines doesn’t operate its own First Class anymore and only offers the converted Business Suite product on flights to London in the morning.

As such it’s hard to say if we will ever see true First Class services on the ground in Kuala Lumpur again but so far Malaysia Airlines has not officially announced that those are permanently discontinued.

The bad news started when the Emerald check-in area was closed: 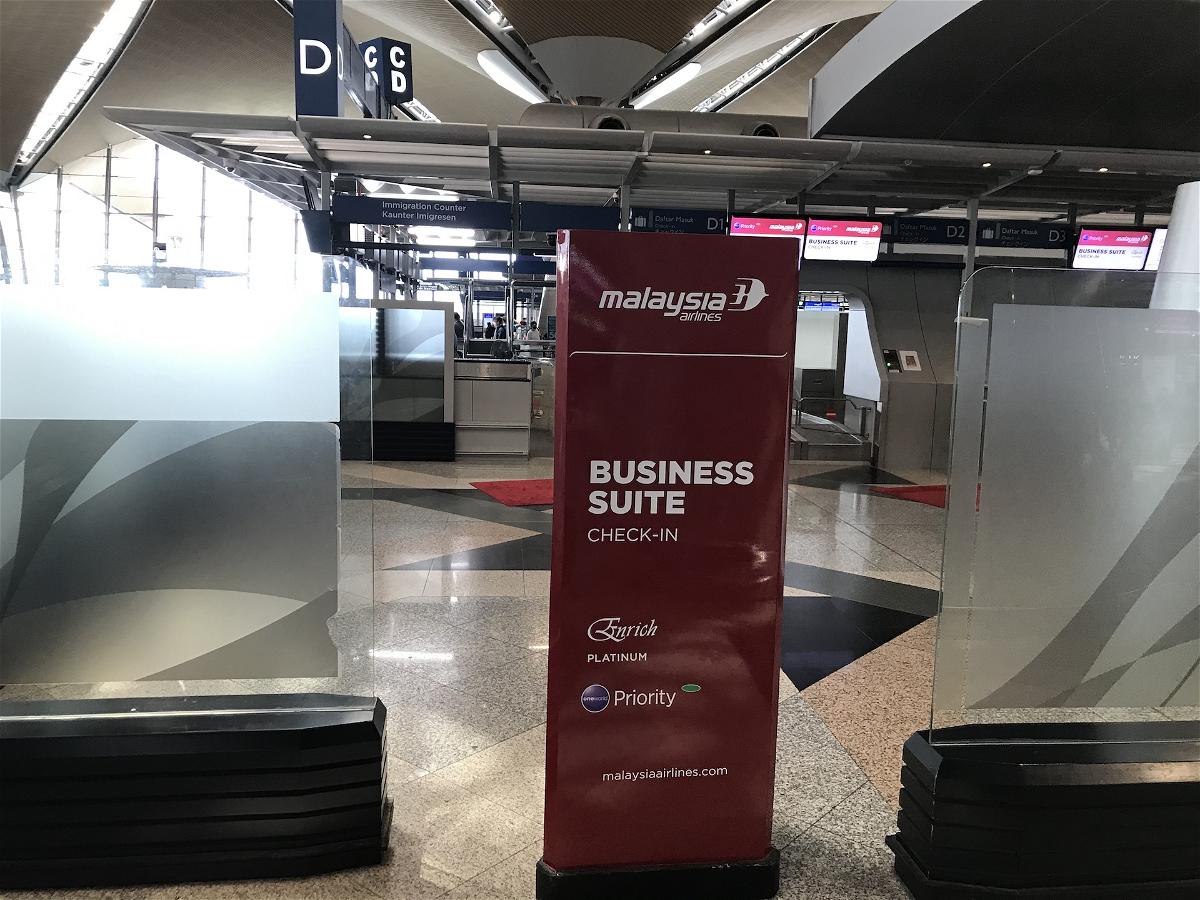 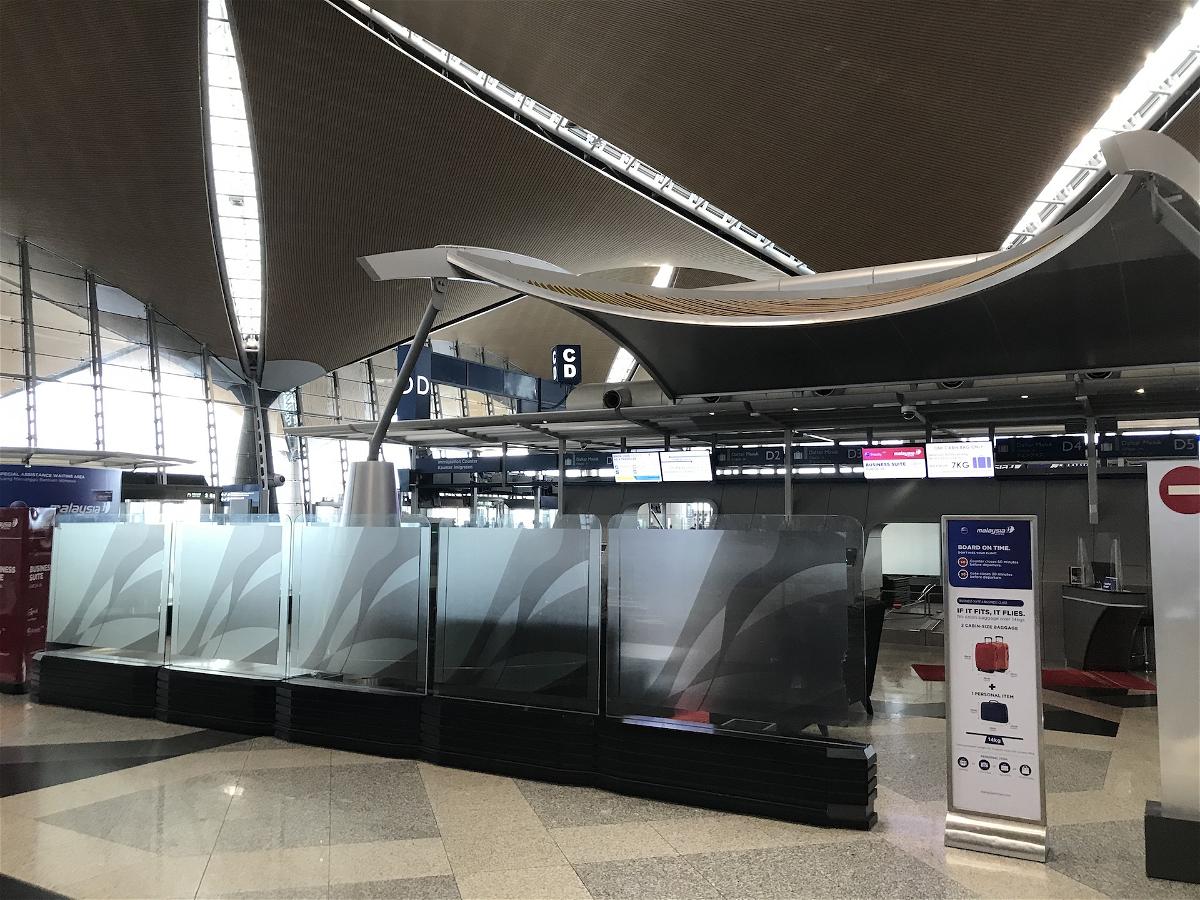 I was told by the staff that this check-in area is now only open for the London flight that actually offers Business Suite. For the rest of the day, all Enrich Platinum and oneWorld Emerald get the middle finger. Is it really that expensive to have at least one staff member stationed here to provide proper services?

Meanwhile, lines were forming at the regular Business Class check-in counters. Not many people but the staff took forever to process the passengers which was probably due to document checks and other problems. Even more reason to provide more staffing. 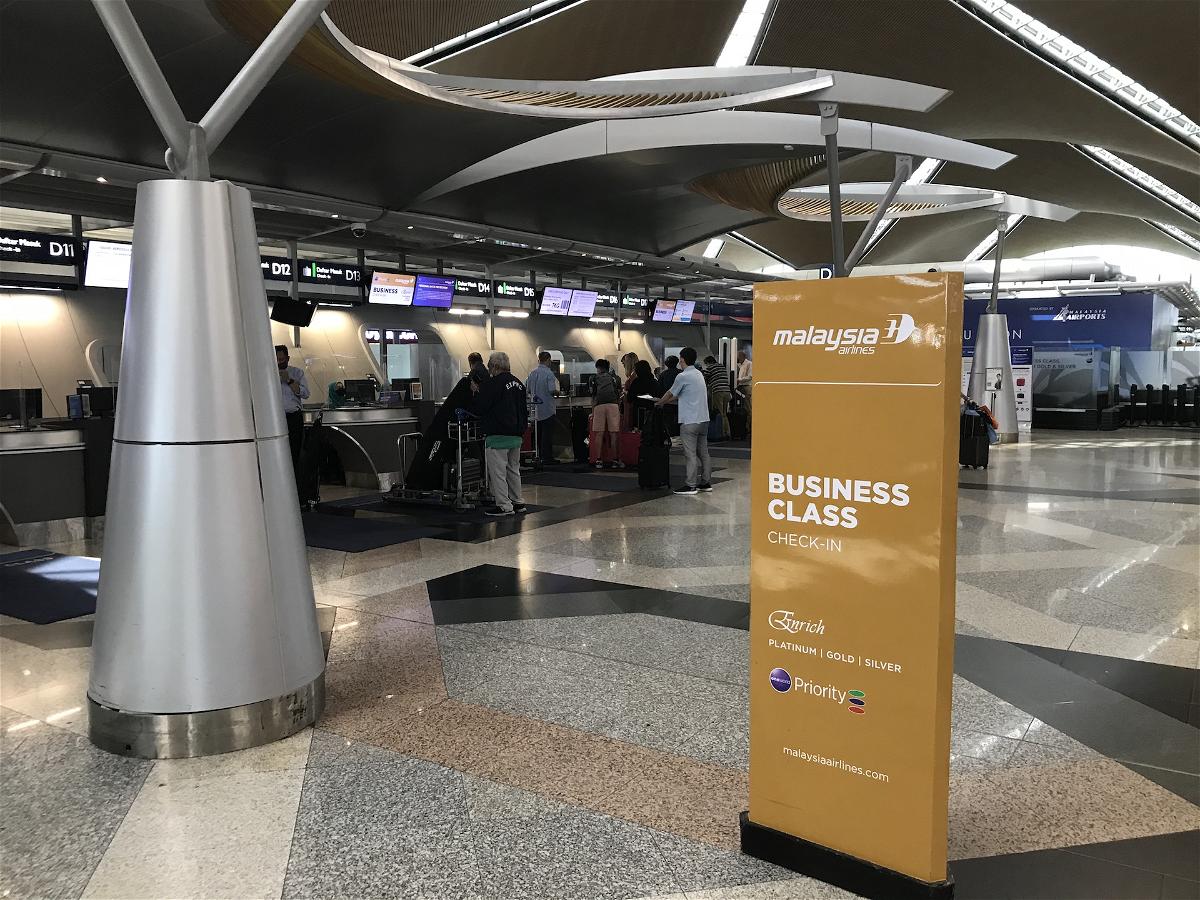 The real issue here is that with oneWorld they allow even Ruby members to check-in at the Business Class counter so now there are FOUR groups checking in there. Last week that wasn’t much of a problem but lines can pick up quickly, not only with MH but other airlines too.

The next stop was the Golden Lounge at the Satellite terminal: 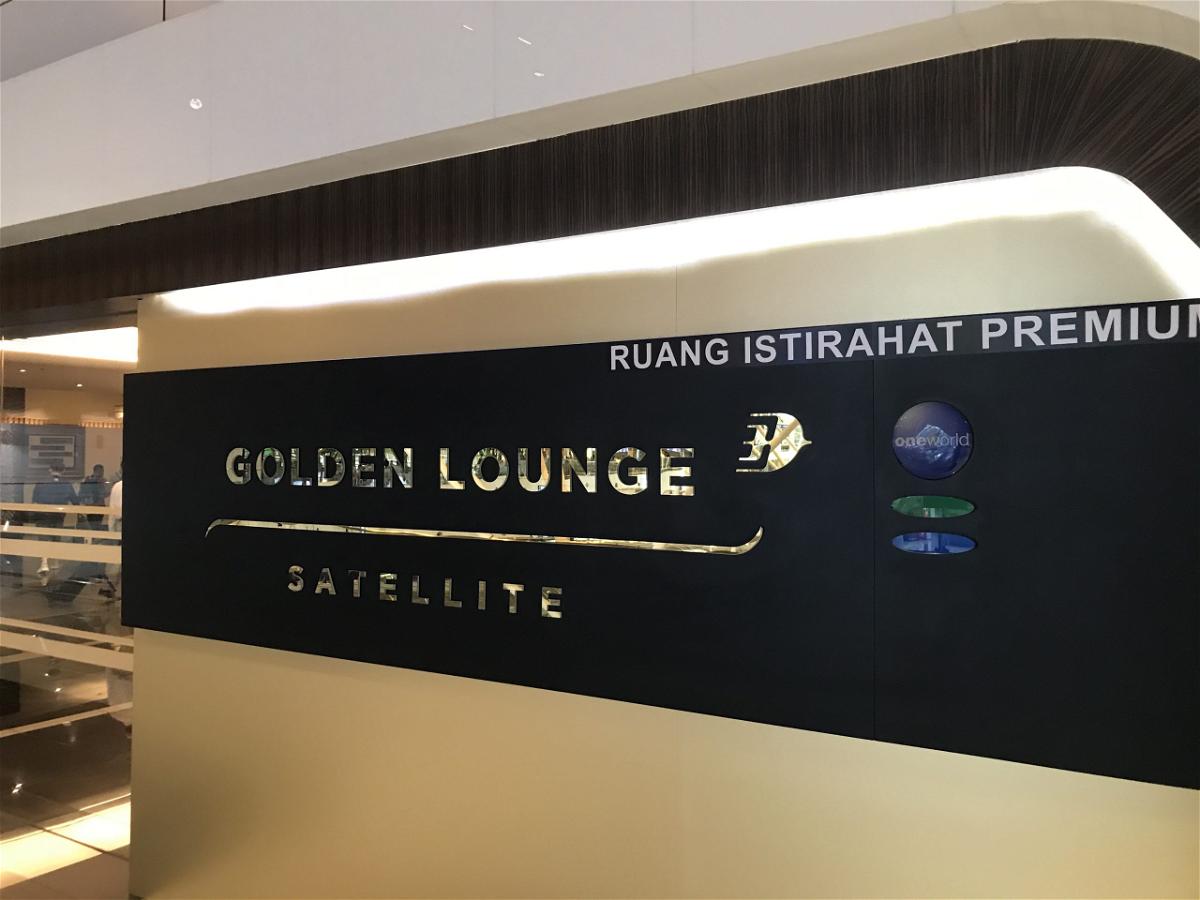 Unfortunately, the next bummer was waiting right here: The First Class / Emerald section was closed off entirely which includes both the sit-down restaurant as well as the lovely quiet seating area itself.

Nobody knew when it would reopen. While the seating area might open up again at some point as the space is already there and doesn’t require much attention, the restaurant is probably something we won’t see again.

Malaysia Airlines long-haul services have been decimated which means fewer customers that are paying big bucks and to provide these goodies to regional flyers in Economy Class or cheap Business Class isn’t exactly cheap. Although this was always a very basic f&b selection that doesn’t cost a fortune to provide plus the staff is cheap in Malaysia. We’re not talking about the Singapore Airlines Private Room here.

You can access Malaysia Airlines website here to see the current opening hours for the airport lounges:

The Golden Lounge Business Class section is very spacious and I like the design as well as the F&B selection there. It’s not horrible having to spend time here, quite the opposite.

Nevertheless, it was a lot quieter over on the First Class side and I hope that in due course MH will at least open that section for seating again.

Malaysia Airlines has done away with all their oneWorld Emerald specific services for the time being, offering only the standard Business Class / oneWorld Sapphire amenities. This includes both the check-in as well as the lounge facilities.

This is an important factor to consider the choice of your airline especially when it comes to the price. Malaysia Airlines used to be cheap in the past but not anymore. Last week the cheapest round trip ex BKK was US$300 in Economy and even more ex Kuala Lumpur in the opposite direction. I’d probably pick Thai Airways or any other carrier in case of a price difference if I have similar benefits there compared to being oneWorld Emerald but only receive Sapphire benefits.

Likewise, it makes no sense anymore to trek over to the satellite terminal if you’re flying from the regional main terminal. Just use the Regional Golden Lounge which offers exactly the same. The train system is only running at half capacity and it takes forever to catch one. 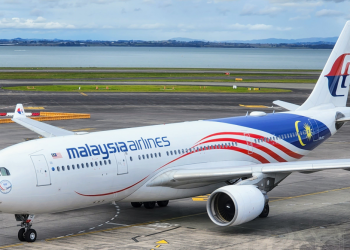 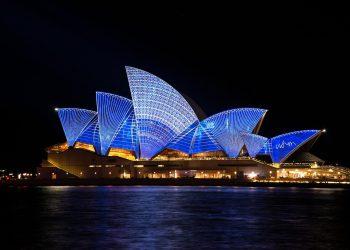 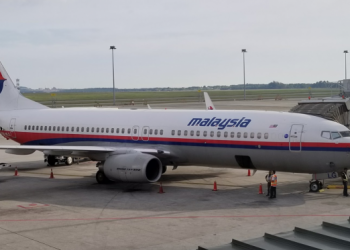