Two years after Thai Airways Royal Orchid Plus started to block their members from using miles to redeem awards on other Star Alliance carriers the practice is still going on and shows no sign of improvement. 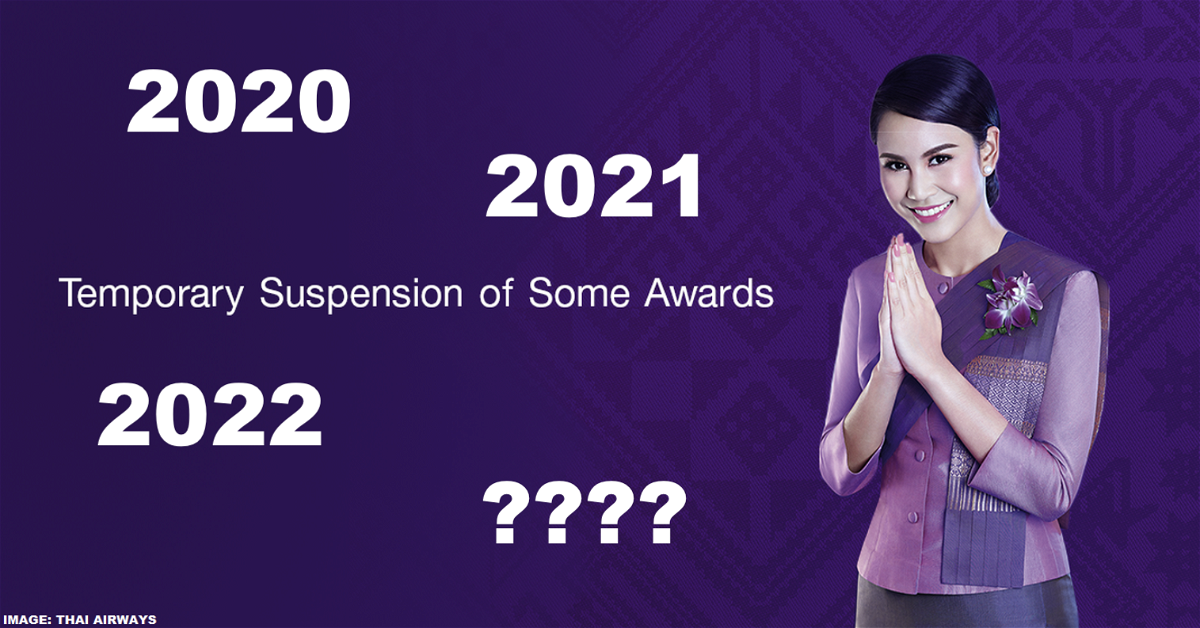 Since June of 2020 most Royal Orchid Plus (ROP) award options, including Star Alliance, hotel, and lifestyle rewards, have been suspended while one can continue redeeming for Thai Airways own flights.

Thai Airways has since filed for reorganization in the Bangkok Bankruptcy Court, a proceeding that is still ongoing and has also prevented the carrier from refunding any previous ticket purchases from the time before the filing.

Some customers were able to recoup their funds through a credit card chargeback if their bank accepted them but many weren’t as lucky or simply didn’t try. At least TG offered vouchers to people who have outstanding refunds and considering that THAI has been operating a bare-bones schedule ever since 2020 (except for a few months where all planes were grounded) this was probably a good way to make some use of the money they owe rather than just forfeiting it altogether.

But what about Thai Royal Orchid plus members, some of which have substantial balances including miles from credit cards that are still being promoted everywhere in Thailand?

The short answer is that these customers are being shafted. The only way to use ROP miles right now is by booking or upgrading THAI flights and not only is their schedule limited but the available award seats (especially in premium cabins) are extremely sparse.

From now on, redemption on all Star Alliance Air Awards, Hotel Awards, and some Lifestyle Awards is temporarily not available until further announcement. We do apologize for the inconvenience that may cause.

Thai Airways flight redemptions remained available within the little network they provide. The downside is that this prevents the ROP member from booking flights to destinations that can’t be directly reached by flying THAI such as North America.

Direct service to the U.S. has ended years ago. Many might remember that THAI used to fly for example to Los Angeles by the way of Seoul and I believe at some point they also served New York. Now, to fly to the U.S. one needs to pair TG with a Star Alliance carrier such as ANA, Asiana, United or Lufthansa which is impossible since ROP turned off the option to redeem on Star Alliance.

Even today, at the end of June 2022 and two years after this first started, the notice on the website still says:

They have a very funny definition of temporary, that’s for sure. A two-year suspension of award redemption while at the same time still allowing miles from other Star Alliance carriers to be collected isn’t temporary. I think Star Alliance should take action here and push TG to either remove this limitation or suspend their membership in Star Alliance.

THAI ROP members residing in Thailand should definitely refrain from crediting any more miles to Royal Orchid Plus until the program is restored to proper conditions. Unless of course, they are happy with being able to only redeem on THAI and a very small network.

This also includes the use of Thai Airways co-branded credit cards. I have already advised many to stop using these cards and switch to a credit card with a different loyalty currency available in Thailand, such as UOB Privimiles.

Thai Airways loyalty program Royal Orchid Plus is still not allowing its members to redeem miles on other Star Alliance partners and this is now going on for over two years. A totally untenable situation that shouldn’t be tolerated by Star Alliance much longer. If THAI wants to keep reaping the benefits of being a member while not extending the same courtesy to their own frequent flyers then they have to step back.

Nobody knows when THAI ROP will finally return to letting people book/upgrade Star Alliance flights with their miles and until then the program isn’t really a good option to credit miles to. Quite a horrible one actually.