American Express is making some extremely negative changes, eliminating the very worthwhile and popular $300 Marriott hotel credit from the Bonvoy Brilliant Card effective September 22, 2022 and turning it into a monthly dining credit. 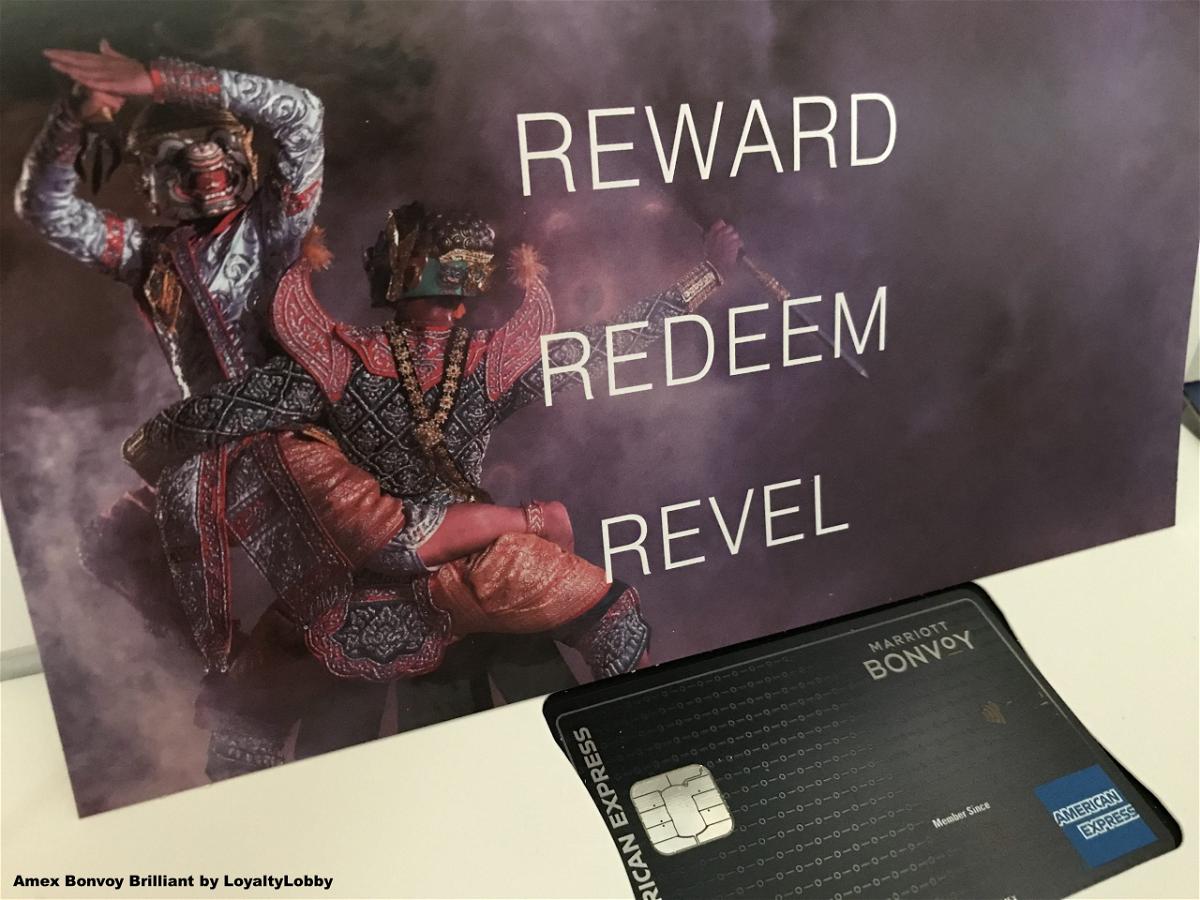 The Bonvoy Brilliant card is a premium version of their co-branded Marriott card portfolio which includes the Standard Amex Bonvoy Card at $95 annual fee (no longer open for new applications), the Brilliant card itself at $450 annual fee as well as the Bonvoy Business for $125 per year.

I’m a big fan of hotel credit cards as they usually pay for themselves even in the most basic version as there is an annual stay certificate that yields way more than the annual fee in value when used properly.

Before it was the Bonvoy card I carried the SPG Amex for 10+ years and it was later changed into the Bonvoy Amex with the $95 fee per year including a free night certificate (up to 35k points) on each anniversary as well as 15 qualifying nights deposited into the account each January. The card was a no-brainer.

Then the Marriott Bonvoy Brilliant came onto the scene and while it’s $450 per year it also comes with a free night worth up to 50k – suitable for much better hotels – a Priority Pass Select and most importantly a US$300 credit per year that can be used for any Marriott purchase even when not staying at the hotel.

I upgraded my card to the Brilliant last year and it was definitely worthwhile plus I like the physical card much better than the flimsy plastic card style of the basic version. Price-wise it’s a wash. The basic card was already $95 so if you consider the $300 credit that is basically as good as cash and the higher value stay certificate then it’s exactly even. I don’t put any value on the Priority Pass for me personally since I have three of them now.

Now Doctor of Credit realized that the Brilliant’s annual $300 Marriott credit is going away in September based on an Amex advert for the card: 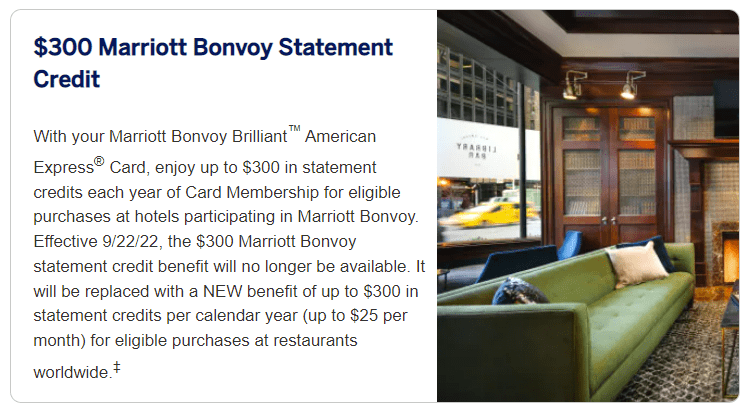 Rather than giving members a lump sum of $300 that can be used up in one go to a $25 per month restaurant credit that would be valid worldwide at all merchants that code as restaurants.

Great, so now we have yet another credit that comes in small increments. This is really a downer and of course, it’s clear why American Express is doing this change – they are trying to reduce the number of credits that are actually being used.

Increasing the breakage of credits means more profits for Amex and it’s pretty clear that someone who spends $450 on a Marriott credit card would use 100% of the credits at Marriott hotels throughout the year. With the $25 per month at restaurants, people might use it or they might not, depending on if they remember to use this card at dining merchants on a regular basis.

The whole variety of credits is one of the reasons why I canceled my U.S. based Amex Platinum card. While it’s possible to get good value, running after all these credits to use them up became a headache I no longer wanted to deal with so I rather keep my ICC issued Amex charge card for the time being.

The Amex Bonvoy Brilliant Card will no longer feature the annual $300 Marriott Hotel credit for card accounts opened or renewed effective September 22nd, 2022 and beyond. Existing credits will of course remain valid so you can still upgrade or sign up for this card.

At the end of the day, it’s not difficult to get the same value even after the change but I prefer to not have to think of all these credits across several cards and the fact that this could be used in one go when paying a big bill at Marriott was extremely attractive to me. That’s now gone.

You could maximize this change by signing up for the card now or short before 9/22/22), get the $300 Marriott credit, and then also receive almost a year’s worth of the monthly $25 dining credit. For existing cardholders who just renewed (like me in mid-May) this is actually quite lucrative as well. We get both the Marriott credit and starting in September the dining credit will be applied.