There is not much need for cash in many European countries, like Spain, where I just spent a week. Only one merchant had a sign-up that they didn’t take cards.

The situation in Portugal, however, is much different and card acceptance is not as widespread (perhaps tax avoidance is), and I had to go and get some cash from an ATM.

There are EURONET ATMs all over Southern Europe that you should avoid, and I decided to go inside a bank to get money from an ATM (hopefully no card skimmers attached).

You have to pay attention to the options at many bank ATMs, too, because it appears that they have got into the came trying to mislead consumers 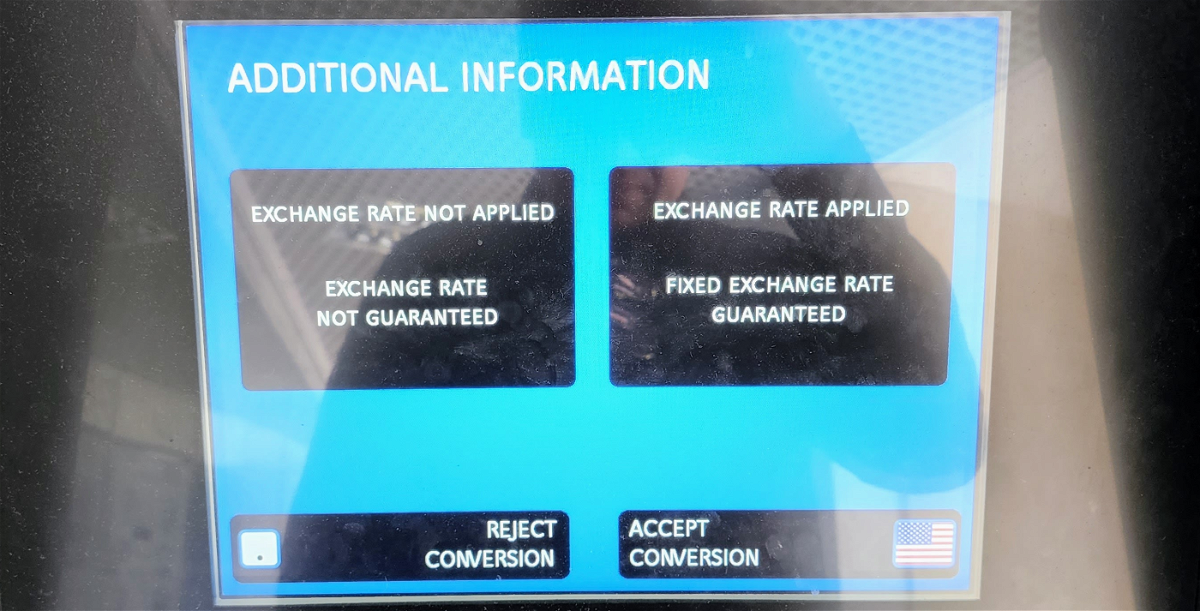 Then you need to hit reject again. I guess that some may think that if you hit REJECT, you don’t get any cash-out, but you do.

And there were no fees associated with this ATM that the bank I use would have refunded anyway.

You need to keep hitting the red button to decline currency conversion scams with many merchants too: 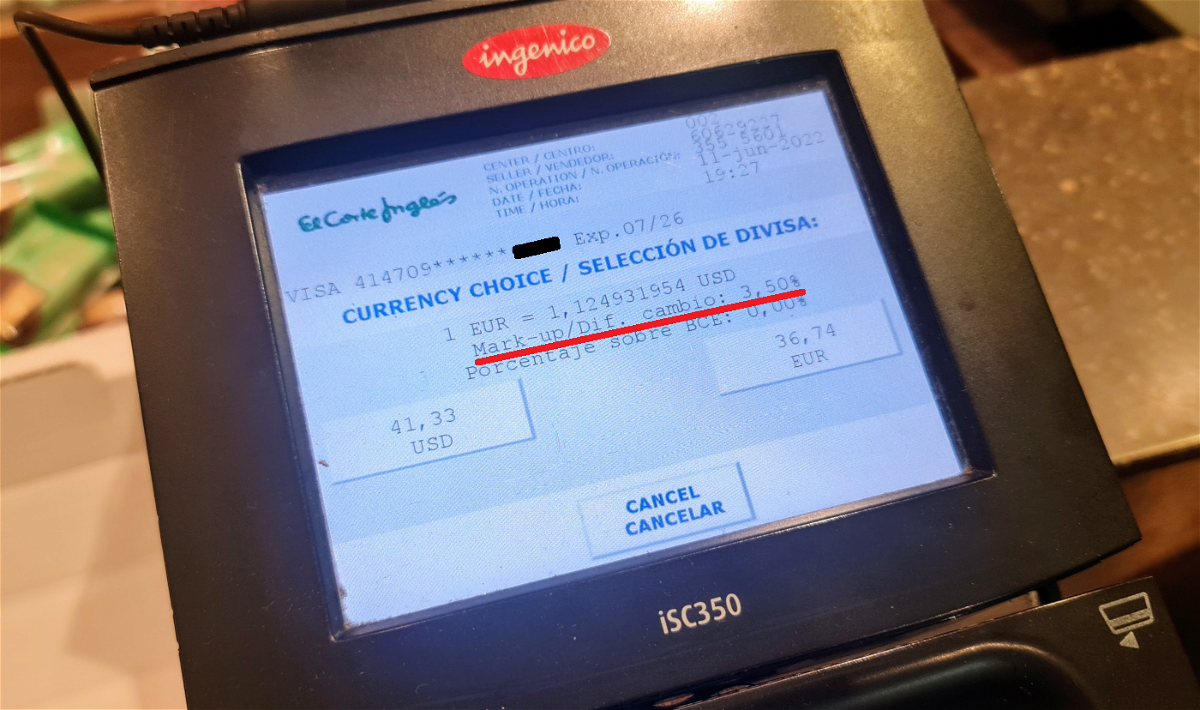 Remember Always Choose The Currency Of The Country You Are In

It is just crazy how high these scam fees have gotten? I guess there is always a small percentage of the population that is so math-challenged that they accept the conversion and pay a high price for it.

I wish that networks would ban this behavior.