Citizens of APEC member countries have the option of applying for a special travel document called the APEC Business Travel Card, which gives them immigration privileges when traveling within the community. 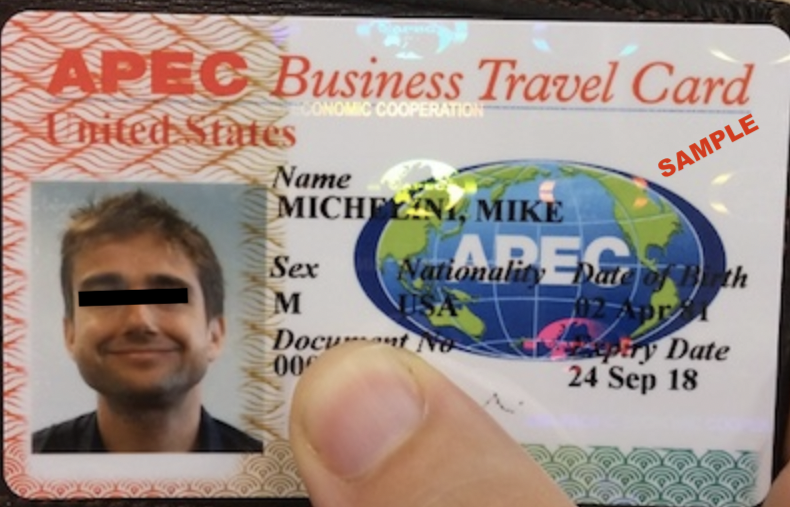 The issued cards typically carry endorsements for individual countries on the reverse that specify where the cardholder is entitled to preferred immigration treatment (countries have to vet each applicant’s application individually).

It’s often not well known that U.S. and Canadian citizens can also apply for this card which is rather useful even when a visa is not required to visit most of the APEC countries due to visa waiver agreements for Americans and Canadians.

The main benefit for them is, that they can use fast-track lines when traveling to participating APEC countries.

For interested U.S. citizens, it is possible to apply for this card if they are Global Entry members in good standing. Canadians are required to hold a valid NEXUS membership in good standing.

Both the U.S. as well as Canada have the easiest approval process of all APEC members as there are no hard requirements, while other countries do require references and valid reasons for carrying the card during the application process.

Neither Canada or the U.S. is not a full participant of the ABTC scheme in the sense that the card carries annotations for visa waivers,  however card members of other nationalities are eligible to receive preferred appointments for Canadian or U.S. visa applications.

This renders the Canada/U.S. issued cards pretty much into an express lane / fast track card for immigration checkpoints.

For Canada you can find the information and details about the application process here.

All Canadian citizens must be NEXUS members before applying for an ABTC.

The non-refundable fee is US$70.

The ABTC is valid for five years, unless the member’s passport and/or NEXUS card expires. In addition, ABTC membership is invalid if NEXUS membership is revoked.

Applications and renewals are coordinated through the U.S. Trusted Traveler Programs (TTP) System. Once your application is approved, you will be asked to visit an Enrolment Centre to finalize your enrolment and provide a digitized signature. You will then receive your card by mail.

Canadian ABTC members use designated APEC lines when travelling to participating APEC countries and also benefit from Trusted Traveller kiosks when returning to Canada. They must still present all required documents such as passports, visas and permits when using their ABTC.

As far as requirements are concerned, it only lists the NEXUS membership. Once you have that, you can pretty much just say “I want it” and pay $70 in order to process the application and receive the card. The only tricky part could be to get an appointment at the same office where you apply for Global Entry/Nexus, which might take several months to secure.

You can find further information about the U.S. version of the ABTC here.

If you are a U.S. citizen, an active member of a CBP Trusted Traveler Program (NEXUS, Global Entry, or SENTRI), and a bona fide businessperson who is engaged in the trade of goods, the provision of services or the conduct of investment activities within the APEC region, you can apply for ABTC.

Start by logging in to the TTP website. Then from the Dashboard, go to the Program Memberships section and click on the Apply for APEC Business Travel Card button.

Note: An ABTC expires in five years or when the passport associated to the ABTC application expires, whichever is sooner. The expiration date will be printed on the card.

The application fee for the U.S. APEC Business Travel Card is $70.

The U.S. lists certain provisions as a requirement to apply for the card. Holding membership in one of the TTPs as well as being a business person who’s conducting business in the Asia Pacific region. I know several members who are U.S. citizens and all of them said they haven’t been hard pressed about this. They simply said “I have things coming up for work in xyz and will take quite a few trips there” which was sufficient even IF asked. 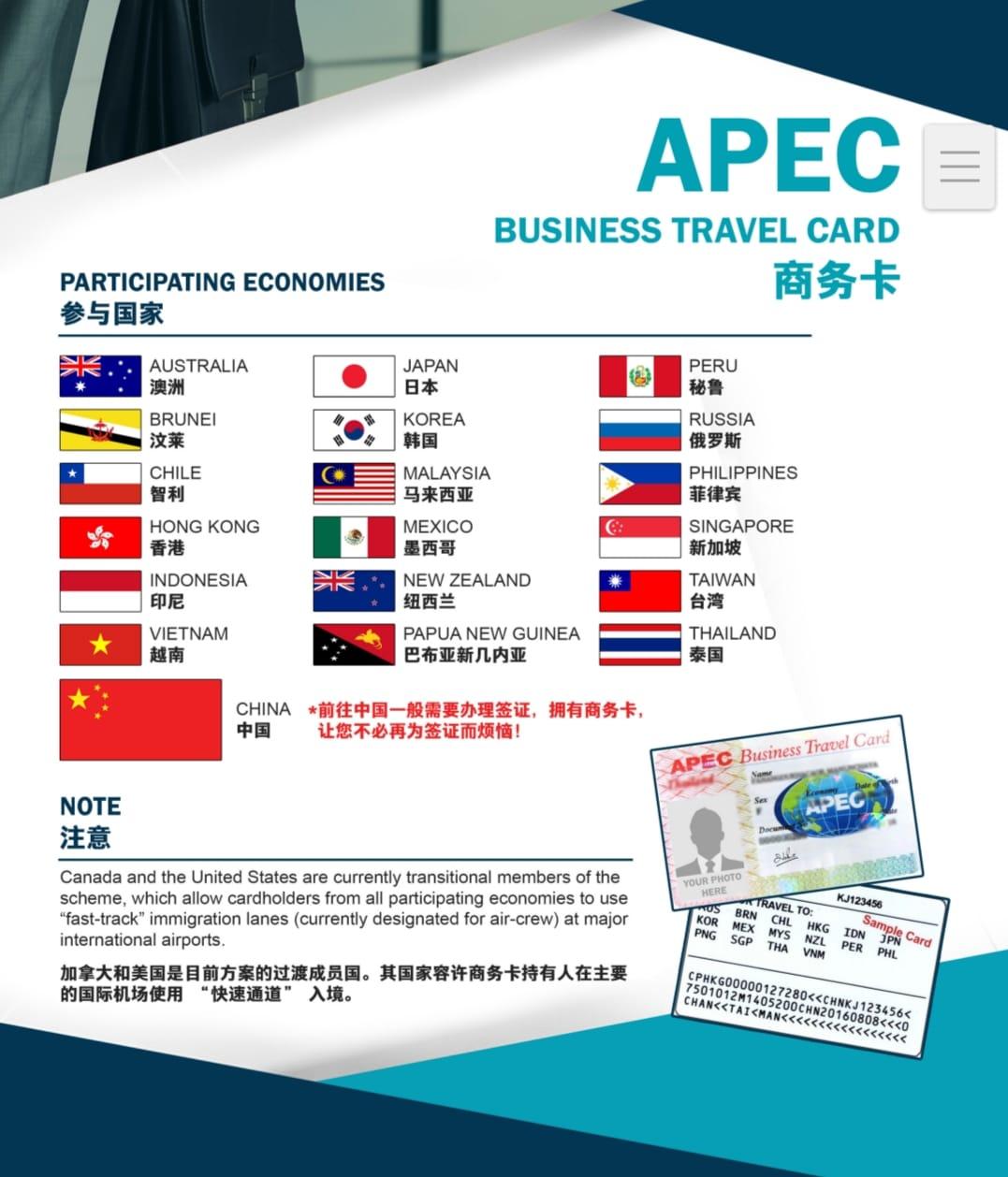 Even though the benefits for Canadian and U.S. citizens are limited, the other 19 members have a more useful benefit as the waiver for visa requirements is a valuable tool, especially for business travelers. As I mentioned above, each country defines its eligibility criteria individually, and my friends who carry the card reported a vastly different process from country to country.

My Singaporean and Japanese friends said it was easy to receive the card while others from Malaysia and Thailand said it was a disaster to finally get it approved. In certain countries, I’d also guess it depends a little on the connections someone has with the government, such as working for a state enterprise.

Sometimes Immigration queues can be very long, and having the option of skipping that line is a great benefit, certainly worth the cost of $70 over a couple of years. If you consider the savings in time and money for visa processing, the value of the card is a no-brainer for anyone who meets the eligibility criteria for the ABTC.

Our LoyaltyLobby team member Adam has the card issued in Canada, and it has helped him clear immigration much faster when going to Bali and Malaysia, for example, where the priority lanes can make a huge difference, especially the mess that Denpasar usually is. At times immigration officers are confused about the Canadian/U.S. versions as they don’t list any countries on the reverse due to the fact that there aren’t any visa pre-clearance agreements. This however doesn’t impede the member’s ability to use fast track lanes.

Maybe some of our readers who carry the card can report their experience with it in the comments.