Today we have another story straight from Bizarroland as multiple media outlets have reported that an American tourist has been arrested in the Vatican and handed over to Italian police after destroying artifacts. 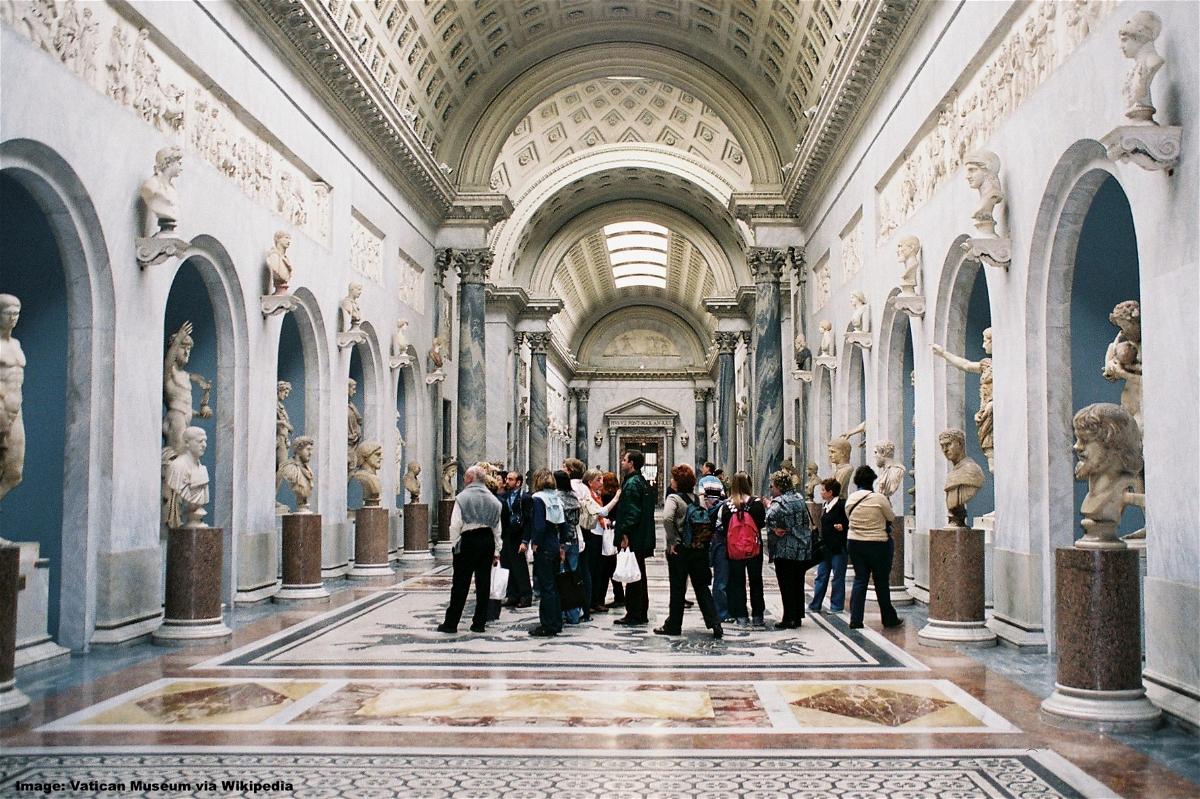 The tourists who visited the Vatican with the expectation that he could meet Pope Francis because irate when he was eventually told that wasn’t possible (surprise!), and he then went on a rampage.

Traveling to Italy and expecting to randomly pop in on the pontiff is like going on a White House tour and taking it for granted to quickly have a chat with the President in the Oval Office.

As CNN reported, this tourist won’t be getting any high-profile audiences anytime soon.

Just when you thought the summer of tourists behaving badly was over, another person on vacation wrecks another priceless artifact.

This time it’s the turn of an American tourist who smashed no fewer than two ancient Roman sculptures into pieces at the Vatican on Wednesday.

The episode took place in the Museo Chiaramonti, part of the Vatican Museums, around lunchtime. The space holds around 1,000 works of ancient statuary, and describes itself as “one of the finest collections of Roman portraits” in the world.

Two of those portraits are now facing an uncertain future after the tourist knocked over one in anger, then toppled another as he fled the scene.

The man had demanded to see the pope, according to newspaper Il Messaggero. When he was told he couldn’t, he allegedly hurled one Roman bust to the floor. As he ran off, with staff in pursuit, he knocked down another. …

“The busts were affixed to shelves with a nail but if you pull them down with force they will come off,” he said. “He pulled down one and then the other and the guards came immediately and stopped him and consigned him to the Vatican police who brought him in for questioning. Around 5:30 p.m. he was handed over to the Italian authorities.

“The 2 busts have been damaged but not particularly badly. One lost part of a nose and an ear, the head of the other came off the pedestal.” …

Tourists can easily reach out to historical artifacts such as sculptures and paintings when visiting the Vatican, as most of them aren’t secured in any special way, simply because the possibility of someone suddenly lunging out and throwing one of the masterpieces to the ground is so remote.

Apparently, this is short-sighted, as this incident proves, even though securing all the artwork inside a giant complex like this is pretty much impossible. You’ll never be able to fully protect against any and all opportunities for vandalism or theft and this goes for the vatican as much as any other museum or public space with valuable items.

The chance of a random (crazy) person suddenly lashing out is always there, but thankfully it’s the absolute exception. Such individuals still remain a security risk that, as a last resort, only trained guards can stop, just like in this case. After the first statue fell victim to the guy, he was immediately pursued by guards and during that stage, a second item was damaged before the offender was eventually tackled.

I guess we can be quite happy that it’s not allowed to randomly own and carry guns in Italy or who knows what else this person would have been capable of. He has been arrested and handed over to the authorities in Italy, that are responsible for prosecution and who also have jurisdiction over the Vatican City.

An American tourist who was visiting Italy made a brief stop at the Vatican where he bought a ticket for a sightseeing tour during which he incorrectly expected that he’d be able to see Pope Francis. When it became clear to him that he won’t be granted a visit to the holy father, he went berserk, throwing valuable statues on the ground and then running away from security forces. He was apprehended shortly after.

The artifacts in question are currently being evaluated and restored, but obviously, the damage has been done. In a recent article that I read about air rage and other security threats posed by travelers, I started pondering quite a bit over the question of what kind of behavior should preclude someone from being allowed to travel.

Only China has something called the “Travel Blacklist” for people who have been in the news for all the wrong reasons but I don’t really want to advocate for a social credit system in the western hemisphere. Still, if someone is unstable like this then he should not be allowed to travel again or at least be forced to undergo some mandatory psychiatric evaluation.