Hilton announced that its 265-room Hilton Hanoi Opera will go through a complete renovation and will become a 187-key Waldorf Astoria by 2025,

Hilton Hanoi Opera (opened in 1999) should not be confused with the infamous “Hanoi Hilton” prison where many POWs were held during the Vietnam War. 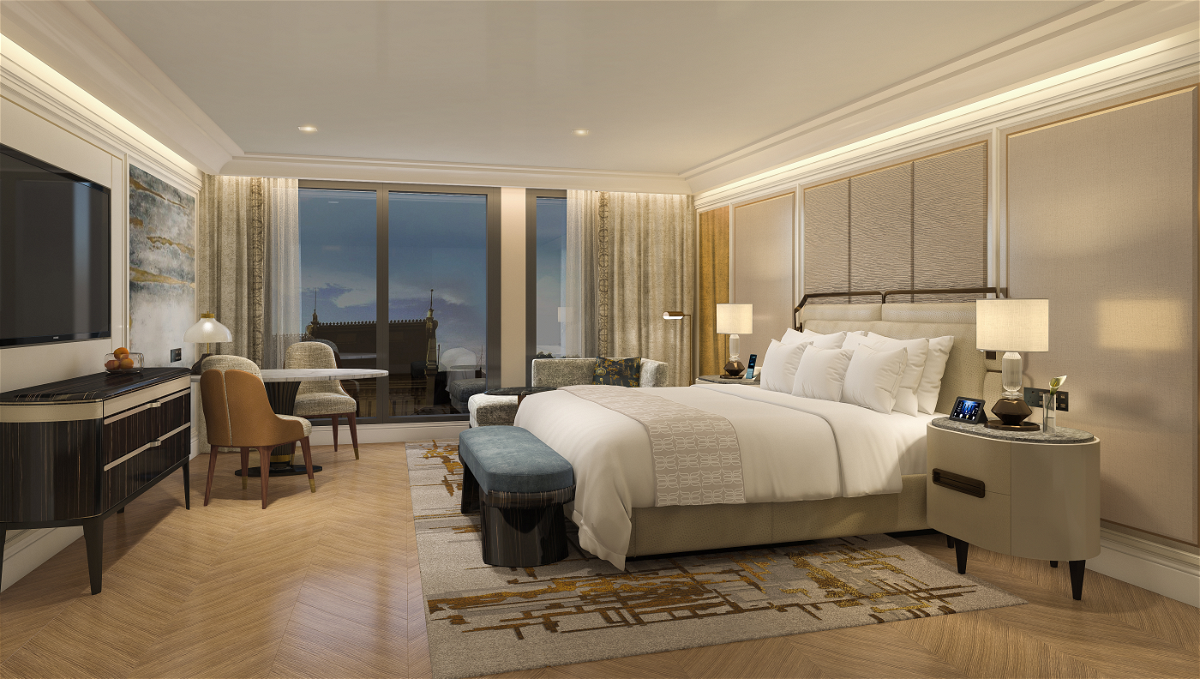 This latest signing continues the brand’s entry into the world’s most sought‑after destinations, and signals optimism in the future of luxury travel

MCLEAN, Va. – Waldorf Astoria Hotels & Resorts, Hilton’s (NYSE: HLT) iconic luxury hotel brand, today announced its entry into Vietnam with the signing of Waldorf Astoria Hanoi. The hotel, owned by BRG Group and managed by Hilton, continues the brand’s entry into the world’s most sought-after destinations such as Sydney, Tokyo, Jakarta, and Kuala Lumpur. Scheduled to open in 2025, Waldorf Astoria Hanoi will join Hilton’s pipeline of nine other hotels and resorts that will open in Vietnam in the coming years.

Nestled in the city’s beautiful and historic city centre, the upcoming Waldorf Astoria Hanoi is a conversion of the current Hilton Hanoi Opera and will feature fully reimagined accommodations across each of its 187 rooms and suites, after extensive renovations are complete.

“Hilton is committed to being everywhere our guests want to be for any stay occasion. The introduction of Waldorf Astoria Hanoi, with our longstanding partner BRG Group, will offer travelers a superior luxury option in one of Asia Pacific’s most sought-after destinations,” said Kevin Jacobs, chief financial officer and president, global development, Hilton.

“As one of the world’s top travel spots, Vietnam has received numerous international accolades and was recently crowned as Asia’s Leading Destination. Through our partnership with Hilton, we are confident Waldorf Astoria Hanoi will play a major part in accelerating Vietnam’s image as one of Asia’s most dynamic destinations for luxury travelers, bolstering the appeal and growth of the country’s luxury tourism sector,” said Nguyen Thi Nga, chairman, BRG Group.

Waldorf Astoria Hanoi is a short walking distance from the city’s famous Old Quarter and Hoan Kiem Lake. It is also within close proximity to Hanoi’s major commercial buildings, and a convenient 27 kilometers, or 40 minutes by car, from Noi Bai International Airport. Located near major tourist attractions in the bustling capital, including the National Museum of Vietnamese History, Ba Dinh Square and Trang Tien Plaza, the hotel is ideal for travelers looking to immerse themselves in the city’s timeless charm and rich history.

“Each Waldorf Astoria property in our global portfolio represents an icon of accentuated, world-class luxury with distinctive and tasteful experiences synonymous with our brand,” said Dino Michael, senior vice president and global head, luxury brands, Hilton. “The opening of the Waldorf Astoria Hanoi in 2025 will be that and more, as well as another distinguished addition to our ever-expanding portfolio in the world’s most desired destinations.

Waldorf Astoria Hotels & Resorts operates six hotels in China, Thailand and the Maldives, and will more than double its presence in Asia Pacific over the next five years.

I stayed at this hotel once back in 2017, and I remember that I had a suite. I went through videos uploaded on YouTube, but I didn’t take one at this hotel for some reason.

It is due for a complete refresh, as it already was in 2017. I am glad that the owner has decided to put up a significant amount of capital and bring it up to the Waldorf Astoria standard.