IHG One Rewards has launched a million points giveaway for members with a registered address in four countries.

All you need to do is register (no stays required), and IHG will choose one member in each country who will receive a million points.

Your IHG One Rewards account must be in one of the following countries to be eligible:

IHG is displaying this offer for all members who access their website or app in any of these countries, but the registration won’t be successful unless your account is registered in one of them.

3. Eligibility: The Promotion is open to IHG One Rewards members aged eighteen (18) or over at the time of entry who are legally residing in the United Arab Emirates, Saudi Arabia, Qatar and India and who register for the Promotion at ihg.com/Sweepstakes during the Promotion Period. Employees, officers and directors of the Sponsor and its various subsidiaries and/or affiliates (collectively “Sponsor Parties”), and their immediate families (parents, children, siblings, spouses) or members of the same household (whether related or not) of such employees, officers and directors are not eligible to enter. The Giveaway is void where prohibited by law, regulation, statute, or other appropriate authority, and is subject to all applicable national, state and local laws.

• Each prize will be awarded to one IHG One Rewards member in each country: the United Arab Emirates, Saudi Arabia, Qatar and India

The odds of winning depend on the number of eligible entries received in each country during the Promotion Period.

5. Prize Restrictions: Prizes are non-transferable and no cash redemption or substitution is permitted. In the case of unavailability of prize, the Sponsor reserves the right to substitute a prize of equal or greater value. If for any reason the prize cannot be used, the prize will be forfeited and the Sponsor will have no further obligation to winner.  Prize may not be used in conjunction with any other discount or promotion.

6. Agreement to Official Rules: By participating in the Promotion, entrant fully and unconditionally agrees to and accepts these Official Rules, Prize Restrictions and the decisions of the Sponsor, which are final and binding in all matters related to the Promotion.

Winner Selection: Potential winners must comply with all terms and conditions of these Official Rules. Winning is contingent upon fulfilling all requirements. Winners will be selected at random by Sponsor who will carry out four (4) separate draws of eligible entrants from each country with all four draws scheduled to be conducted on 30 November 2022. The date for the prize drawing is subject to change but will not be any later than 30 days from the initially scheduled date stated. Winners will be contacted by email within five (5) days of the draw taking place and prizes will be deposited in their IHG One Rewards accounts within 3-5 working days of the winner announcement. Instructions for claiming their prize will be included in the notification email. For each prize drawing, there will be one (1) prize winner selected and there is a limit of one (1) prize per entrant. If a selected prize winner cannot be contacted or does not respond within ten (10) days of the initial email notification, or is found to be ineligible or to have violated these Official Rules, or does not provide any required information or forms, or declines or returns the prize for any reason, such selected prize winner shall be deemed disqualified from receiving, or having any right to receive, the prize (or any other prize) at any time, and Sponsor may, but is not obligated to, pursue the selection of an alternate winner using a new random drawing and following the same procedure as described in these Official Rules. All potential winners are subject to verification by the Sponsor, whose decisions are final and binding in all matters related to the promotion. An entrant/ participant is not a winner of any prize, even if the drawing should so indicate, unless and until the entrant’s eligibility, and the potential winning criteria, have been verified and the entrant has been notified that verification is complete. The sponsor will not accept screen shots or other evidence of winning in lieu of its validation process. When applicable, any registration that occurs after the end of the Promotion Period is void and will not be honoured. Sponsor is not responsible for the inaccuracy of, or any change to, a participant’s email address.

8. Release: You hereby release and discharge Sponsor Parties their employees, agents, licensees, successors and assigns from any and all claims, liabilities, demands or causes of actions that it may have or may from now on for libel, defamation, invasion of privacy or right of publicity, infringement of copyright or trademark, or violation of any other right arising out of or relating to any utilization of the rights granted under this agreement. You enter into this agreement voluntarily, without coercion or duress.

9. Limitations of liability, disclaimers/release: Participant acknowledges and agrees that: sponsor parties expressly disclaim any and all warranties of any kind (whether express, implied, statutory or otherwise), including but not limited to, implied warranties of merchantability, fitness for a particular purpose, and non-infringement. Sponsor parties shall not be liable or responsible for those guarantees or warranties made or offered by advertisers, partners, manufacturers or suppliers, including those related to the prize. Under no circumstances shall the sponsor parties be held responsible or liable for your use of the information and/or products provided and/or made available through the promotion or for errors or anomalies resulting in the unintended or erroneous participation, award of prize or other benefits under these official rules. Sponsor parties offer no assurances, guarantees or warranties that the promotion or related websites will be uninterrupted or error-free and do not guarantee the accuracy or reliability of any information obtained through the promotion. Sponsor parties will not be liable, and are not responsible, for damages of any kind related to your participation in or inability to participate in the promotion, whether the damages are direct, indirect, incidental, special or consequential. By entering the promotion and/or accepting a prize, you agree that the sponsor parties shall not be liable for, and will be held harmless by you against, any liability for any damage, injury or loss to person (including death) or property related in whole or in part, directly or indirectly, to acceptance, possession, use or misuse of prize, participation in any prize- related activity, use by a sponsor party of any entry, participation in the promotion, or any other claim or cause of action you may have against a sponsor party. Some states do not allow the limitation or exclusion of liability for incidental or consequential damages, so the above limitations or exclusions may not apply to you in whole or in part.

10. Conditions: All local, national, state, and other taxes are the sole responsibility of the winner. By participating, entrants, and winner agree to release and hold harmless the Sponsor Parties and their respective successors and assigns from any and all liability, for loss, harm, damage, injury, cost or expense whatsoever including without limitation, property damage, personal injury and/or death which may occur in connection with, preparation for, travel to, or participation in Promotion, or possession, acceptance and/or use or misuse of prize or participation in any Promotion-related activity and for any claims based on publicity rights, defamation or invasion of privacy and merchandise delivery. Sponsor Parties are not responsible if Promotion cannot take place or if any prize cannot be awarded due to travel cancellations, delays or interruptions due to acts of God, acts of war, natural disasters, weather or acts of terrorism. Participants who do not comply with these Official Rules, attempt to interfere with this Promotion or act in an inappropriate or disruptive manner in any way shall be disqualified. There is no purchase necessary to participate. A purchase does not increase odds of winning.  All information submitted to Sponsor as part of the Promotion will be treated in accordance with the Sponsor privacy policy, available at https://www.ihg.com/content/gb/en/customer-care/privacy_statement. Personal information will be used to: (a) contact potential winner; (b) if an entrant elects to receive additional information to send additional information to that entrant; and (c) to identify an entrant as a winner, via publication of no more than the winner’s name and country of residence.

12. Disputes: Sponsor Parties reserve the right to make all decisions in its sole discretion arising out of or relating to the Promotion, and the decisions by Sponsor Parties are final and binding on all matters relating to the Promotion. In doing so, you agree that: (a) any and all disputes, claims and causes of action arising out of, or connected with the Promotion or any prize awarded shall be resolved individually, without resort to any form of class action, and exclusively by the DIFC Court in the United Arab Emirates (b) any and all claims, judgments, and awards shall be limited to actual out-of-pocket costs incurred, including costs associated with entering the Promotion, but in no event attorneys’ fees; and (c) notwithstanding the foregoing, you waive the right to claim any damages whatsoever, including, but not limited to, punitive, consequential, direct, or indirect damages. All issues and questions concerning the construction, validity, interpretation and enforceability of these Official Rules, your rights and obligations, or the rights and obligations of Sponsor Parties in connection with the Promotion, shall be governed by, and construed in accordance with, the DIFC law in DIFC Courts in the United Arab Emirates, without giving effect to any choice of law or conflict of law rules which would cause the application of other laws of any jurisdiction. By participating in the Promotion, you agree that DIFC Law in DIFC Courts will be the exclusive forum for any formal dispute resolution.

13. Contact: Holiday Inns Middle East Limited, 2201 Festival Office Tower, Dubai Festival City, Dubai, United Arab Emirates, PO Box 58191 for the name of the winner, or to submit any other questions or comments relating to the Promotion. 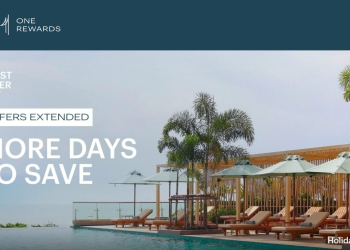 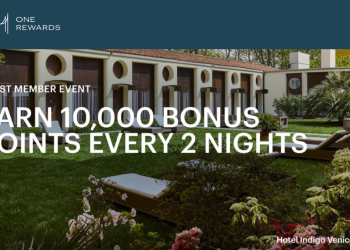 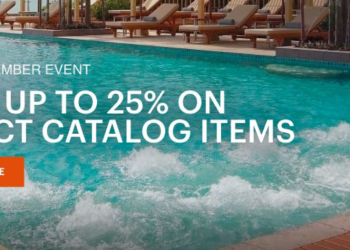