Cathay Pacific is making a positive change to their London Heathrow route as effective December 5th they are going to deploy First Class to the popular city pair once again. 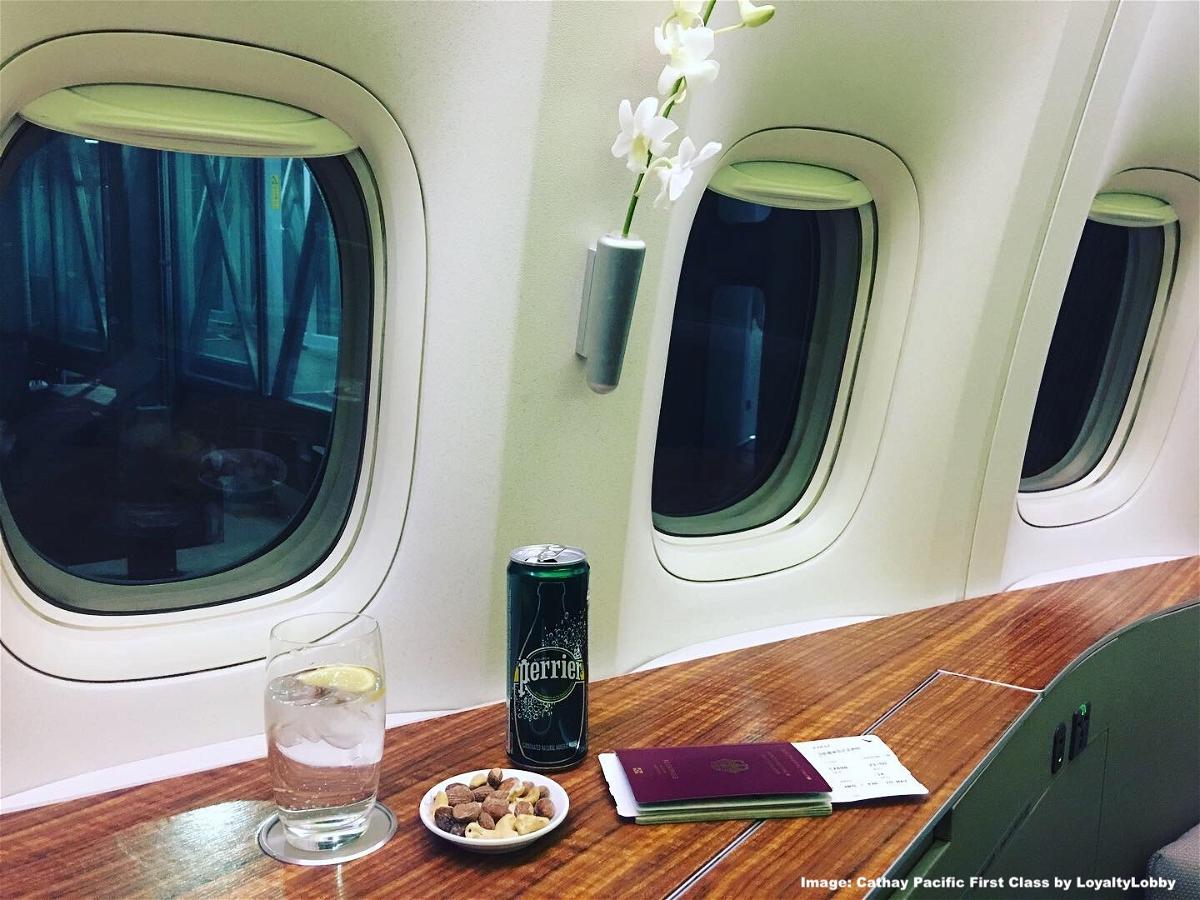 Cathay is currently operating their Boeing 77W aircraft as usual, but for most of the routes, the First Class cabin hasn’t been sold as such and has either been closed entirely or seats sold as Business Class.

Hong Kong to London is one of the most profitable and most frequented long-haul city pairs in the world, yet despite having up to five daily rotations First Class has so far not been available.

This is going to change from December 5th: 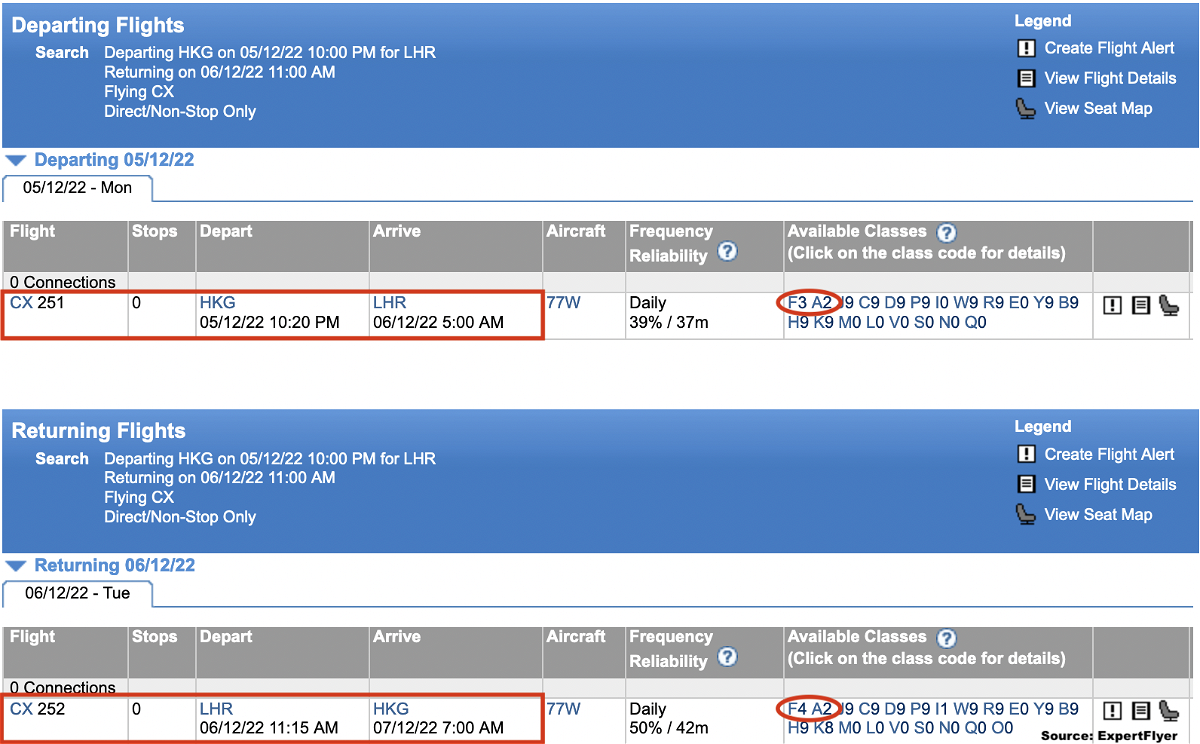 The flights that are going to feature First Class are

All other Cathay Pacific flights are Business Class only as their highest class of service sold and operated. What I realized is that most of the other B77W operated flights do have an inventory code for First Class (F/A) but it has been zeroed out.

As the Executive Traveler writes in an exclusive interview with Cathay Pacific’s Chairman and CEO the schedule will indeed be boosted throughout November/December:

“London Heathrow will also see a substantial increase in passenger flights in November and December” notes Cathay Pacific’s Chief Customer and Commercial Officer Ronald Lam, adding that “on certain days in December we will be operating four flights a day.”

Cathay has a lot of reasons to be confident with this city pair. British Airways operates very irregularly and if they do it’s a 787-900. Virgin Atlantic has just announced that they won’t serve Hong Kong anymore.

All the more reason for Cathay to finally get back to business and start making some money again. 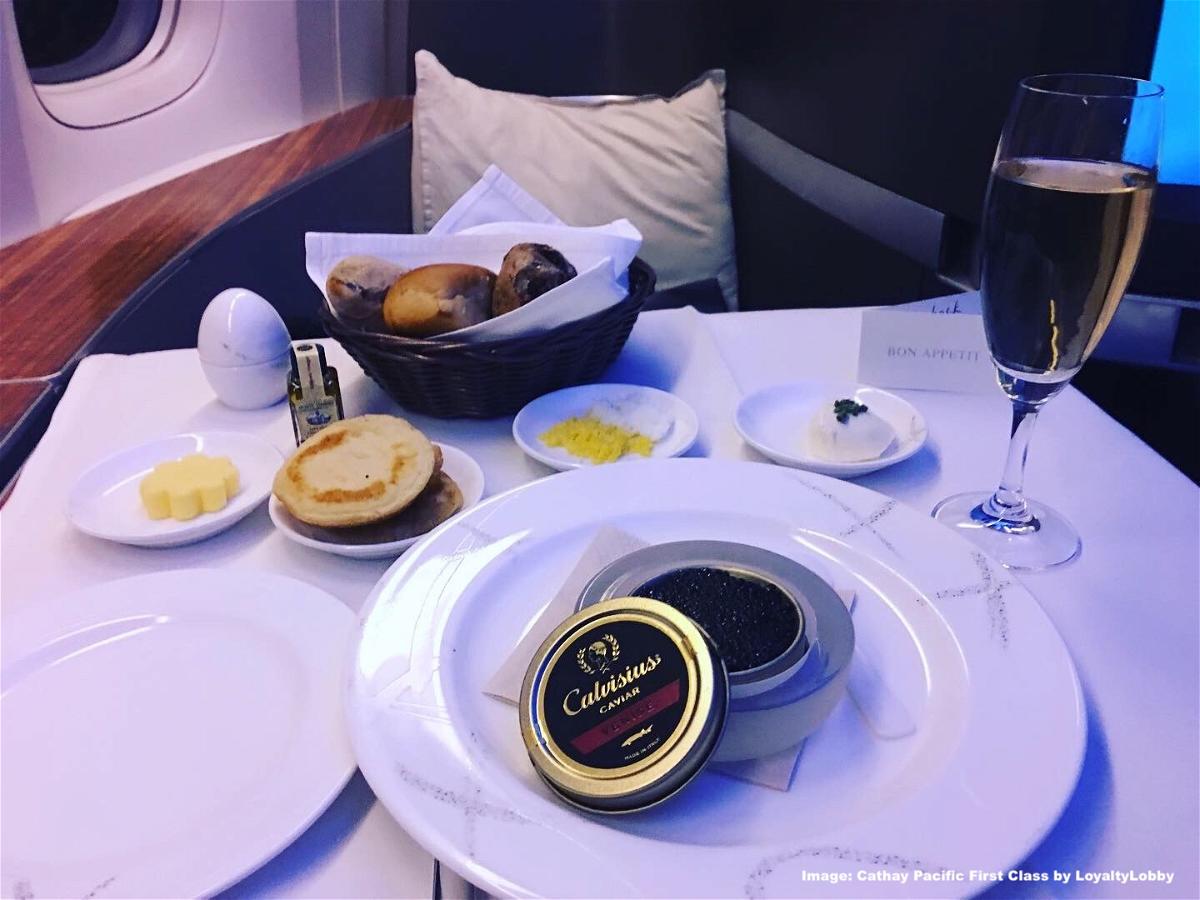 I really miss flying Cathay Pacific First Class but considering the transit experience in Hong Kong is so hideous at the moment I’m not tempted to deal with it unless absolutely necessary.

Actually, flying to Hong Kong and dealing with their insane control measures isn’t something I’m willing to deal with either as much as I’d love to go back to HK and visit some friends. As such, the CX product is likely off the list for some time to come as far as my personal travel is concerned.

For anyone who is interested, John did a test run earlier this month:

And here his experience with the lounges at HKIA:

It paints an overall pretty grim picture unless you’re departing from HK. Hong Kong Airport is partitioned into zones where transit pax can and can not enter. Yes – they’re still doing that in 2022.

Cathay Pacific is using Terminal 3 at London-Heathrow and the carrier operated its own, lovely lounge at T3 which is now open once again.

In six weeks from now starting December 5th there will be First Class service on the Hong Kong-London route once more, at least for those who are keen on flying Cathay Pacific.

The airline has loaded inventory for its CX251/CX252 rotation and said flights can be purchased effective immediately both with cash and through miles if award inventory is available.

Despite all this, I wonder how much longer Cathay Pacific can hang on and survive as they had pretty much zero business for the past 2.5 years. It’s a very sad story what happened to this carrier which I used to fly on almost weekly in the late 2000s. 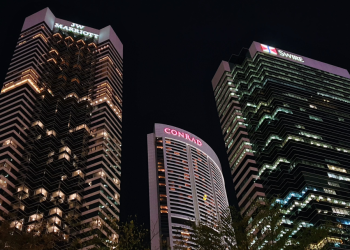 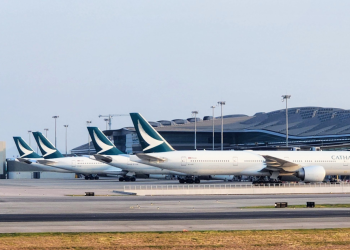 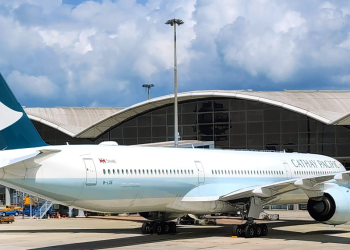