Marriott today announced that it had reached an agreement with a Mexican hotelier Hoteles City Express to acquire them for $100M. The deal is expected to close by the end of the first half of 2023.

You can access Marriott here and City Express Hotels here.

Marriott poised to become the largest hotel company in the Caribbean and Latin America, expanding its presence significantly in secondary and tertiary markets in the region

The portfolio is currently comprised of 152 hotels, including 17,356 rooms across 75 cities in Mexico and three additional countries in Latin America. Upon closing of the transaction, the brand and hotel portfolio will become part of Marriott’s franchise system. Marriott will also acquire the franchise rights to five under-construction projects in the pipeline, representing an additional 676 rooms. Marriott expects to update the brand name with its signature “by Marriott” endorsement.

Under the terms of the agreement, Marriott will pay $100 million for Hoteles City’s brand portfolio (City Express, City Express Plus, City Express Suites, City Express Junior, and City Centro), associated trademarks, domains and related intellectual property, the City Premios loyalty program, and other assets and liabilities related to the brand. Stabilized franchise fees are anticipated to be approximately $10 million for the existing portfolio.

As the largest hospitality company in the world, Marriott has a proven track record of growing regional brands by utilizing its global development engine as well as its extensive programs and revenue systems, such as the award-winning Marriott Bonvoy® loyalty platform and innovative digital travel programs including Marriott.com and the Marriott Bonvoy mobile app. The transaction is expected to make Marriott the largest hotel company in the Caribbean and Latin America (“CALA”), increasing its presence in the region by 45 percent, to 486 properties across 37 countries. Given the high-growth nature of the affordable midscale segment, the company sees a meaningful opportunity to further expand the City Express by Marriott brand in the CALA region, as well as in other locations.

“This transaction with Hoteles City Express is a strategic win for Marriott and our customers, associates and owners and franchisees,” said Anthony Capuano, Chief Executive Officer, Marriott International. “We’re excited to enter a new lodging category – the popular affordable midscale segment where we see significant potential. With City Express by Marriott, we will be providing our customers with more choice through a new, approachable, moderate-priced offering, increasing opportunity for owners and franchisees as well as associates.”

Hoteles City Express is a Mexico-based company founded in 2002 by Luis Barrios. The company’s brand portfolio provides customers a range of mid-scale properties that include urban, suburban, and extended stay offerings in Mexico, Costa Rica, Colombia, and Chile. With exceptional brand recognition among Latin American travelers, the brand has been awarded the prestigious designation of “Marca Notoria” in Mexico for its hospitality sector leadership and brand recognition.

“When we started thinking about City Express, we were convinced that a modern, efficient, and affordable brand would be very attractive to the local traveler. After our first 20 years, we are very excited and honored to work alongside Marriott, a company we’ve always admired, to take the brand to the next level,” said Luis Barrios, CEO of Hoteles City. “After having the opportunity to work with the Marriott team, we confirmed that we share common cultural values and a similar approach to hospitality.”

“Our goal is to be everywhere our guests want us to be, with the right property in the right location and at the right price point,” said Brian King, President, Caribbean and Latin America, Marriott International. “This transaction with Hoteles City Express will expand our ability to do exactly that – initially in CALA, with opportunity around the world. We can’t wait to welcome City Express’s customers and continue the tradition of high-quality hotels and authentic hospitality established by Luis Barrios and his team.”

The closing of the transaction is subject to various customary conditions, including the approval by COFECE. Marriott expects the transaction could close between the end of 2022 and the first half of 2023.

Not sure if Marriott needed another brand or five that appear mainly cater really low-end market that would have been a better fit for Choice Hotels or Wyndham?

These City Express boxes remind me of ibis hotels that you often see in South America (windows look like they could be prisons).

Let’s see what benefits Marriott Bonvoy members will earn at these hotels once the deal closes and they are integrated into the program (likely in 2024). I wouldn’t be surprised if the point earnings are reduced at this brand. 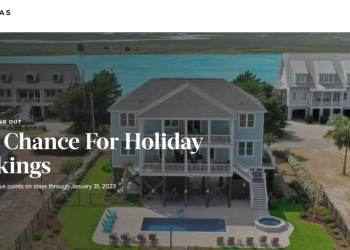 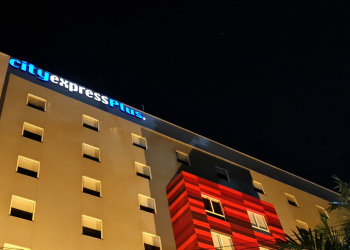