As one of the biggest players in the U.S. credit card market, JPMorgan Chase has just opened the first of their own airport lounges, and the first location is (surprisingly) Hong Kong International Airport. 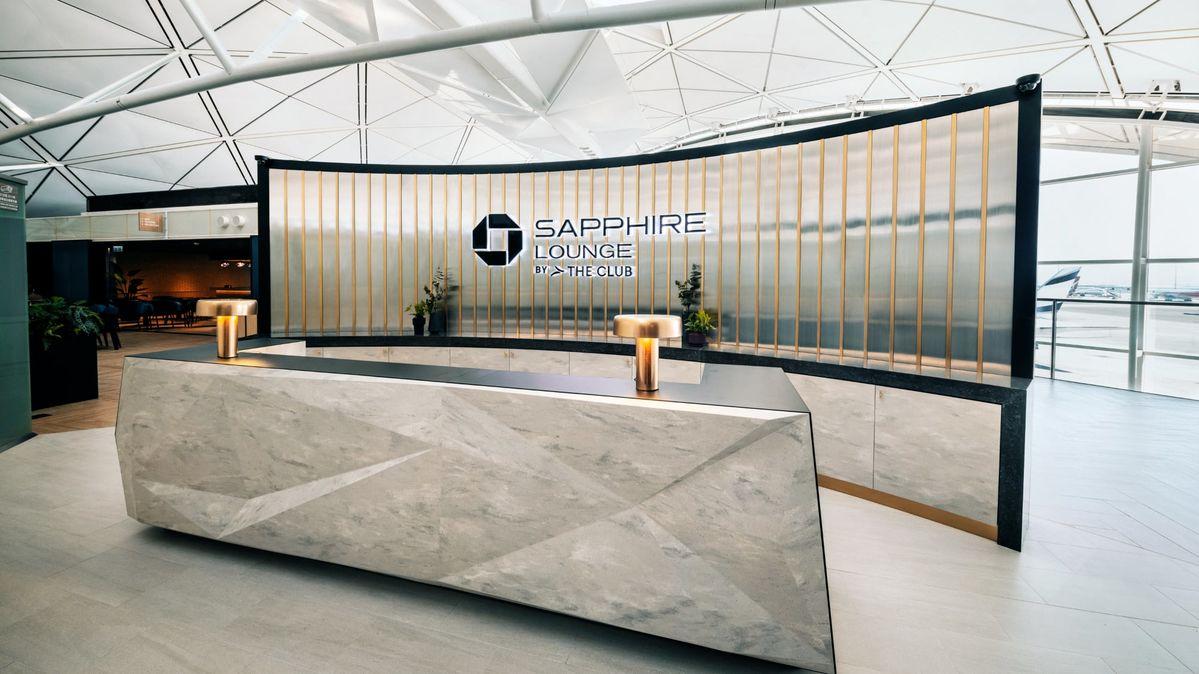 This is a clear response to American Express and their popular Centurion Lounges and a similar market entry by Capital One for members of their premium cards with Sapphire Lounges managed by The Club.

Since Chase increased the annual fee of their card by $100 to $550 two years ago, customers have voiced that the price is too expensive, considering it’s close to the Amex Platinum, which offers the Centurion Lounges (although I beg to differ as I consider the CSR superior these days).

This Sapphire Lounge is a facelift of the already existent The Club lounge, which is located on the mezzanine of Hong Kong International Airport’s Terminal 1, nearby Gate 40.

Currently, HKIA is partitioned into different zones, and this Lounge is located in the ORANGE zone, accessible to all passengers (transit and originating) except for destinations in mainland China. This is rather positive considering that for example, Cathay Pacific’s The Wing is only available to passengers originating in Hong Kong.

The Sapphire Lounge is also accessible via Priority Pass and it’s already listed on their website: 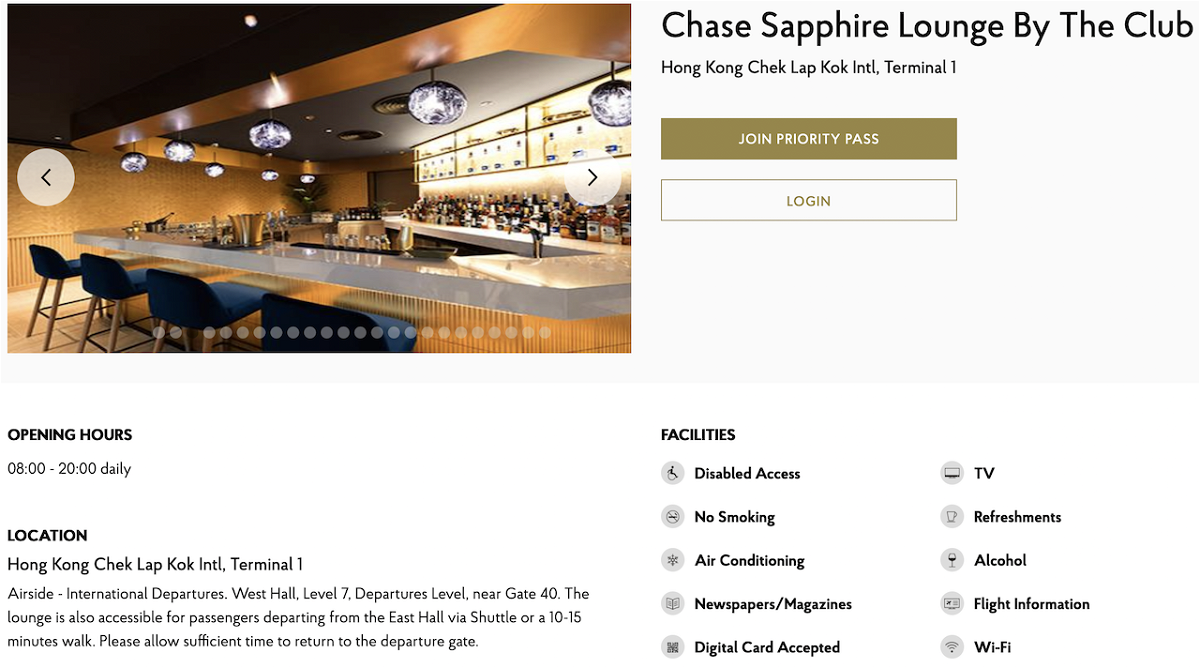 This could be a way for Chase to position themselves and their Sapphire Reserve cards to be considered more premium and to shed the reputation of being an expensive card without its own lounges.

There are two factors, however, that currently leave it in the air what these lounges are actually going to be. For one, they’re called Sapphire Lounges (sounds like a Gentleman’s Club), but I’m pretty sure they won’t let any Sapphire card member in.

Here are some impressions from the new Hong Kong lounge: 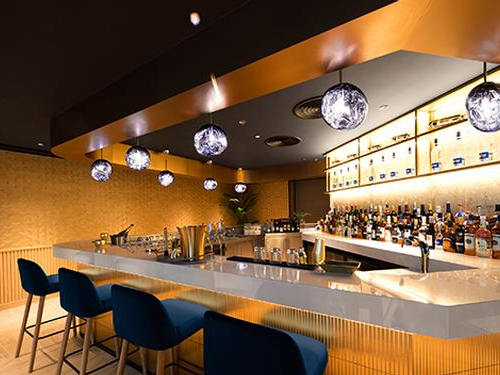 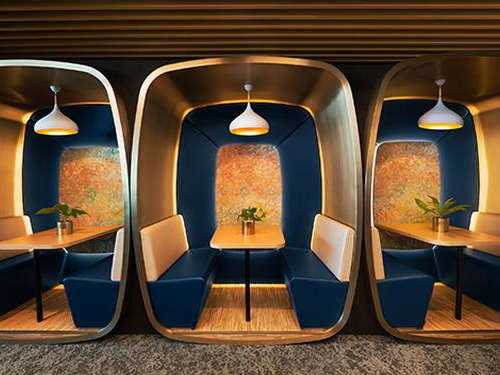 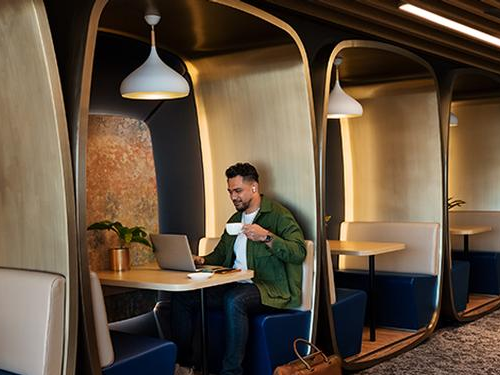 The other thing is that all of these facilities (not only the lounge in Hong Kong) are branded “by The Club“. The Club is an airport lounge operator with quite a few locations throughout the U.S. by Airport Dimensions, a Collinson company.

So far, The Club has been a run-of-the-mill Priority Pass and contract lounge, nothing wrong with that but I found most of them to be rather uninspiring. If they get a facelift now this could definitely change the lounge landscape significantly. 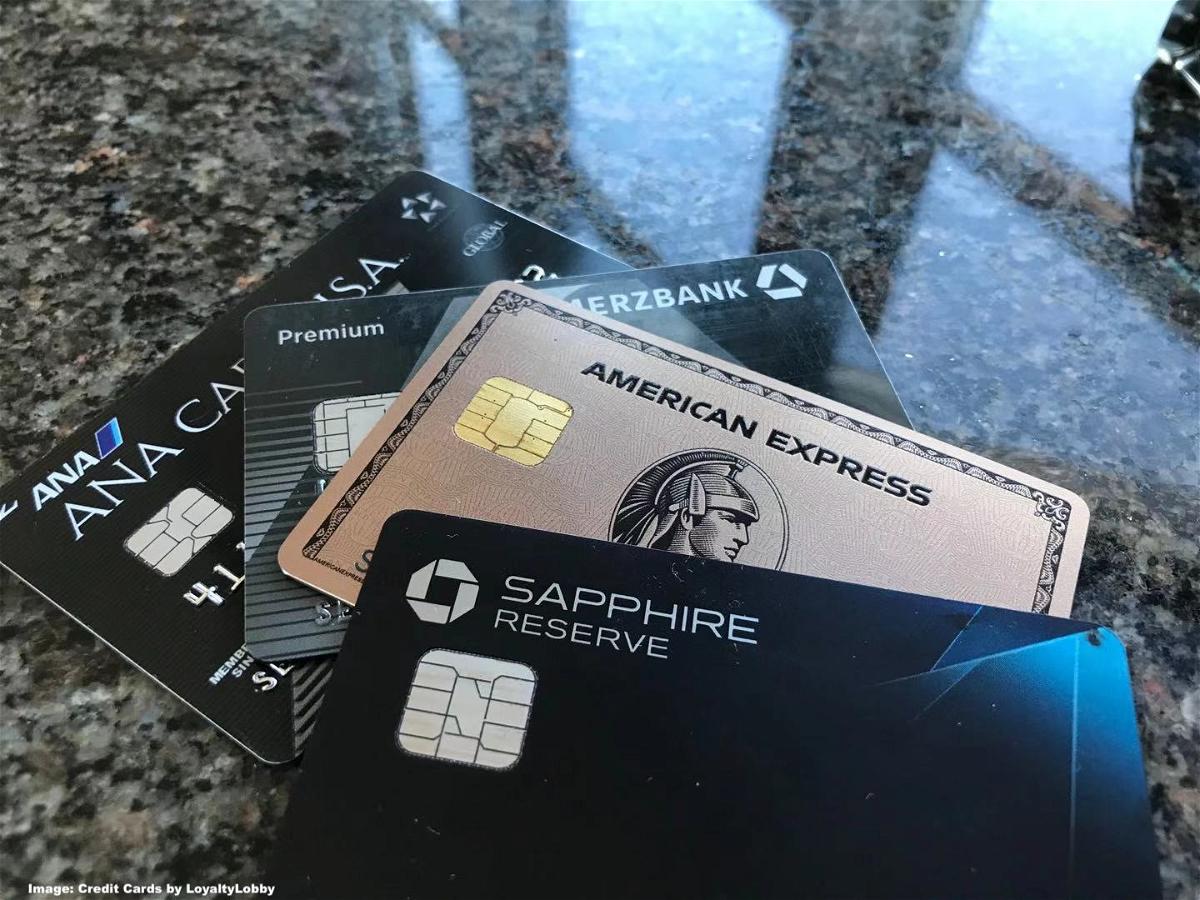 All Chase Sapphire Reserve cardholders currently have a full membership with Priority Pass which also includes the use of “Airport Experiences” such as restaurants (Amex has excluded those). I can’t see the PP membership benefit going away, as it became pretty much standard for all premium cards.

Chase has opened its first Sapphire Lounge at Hong Kong International Airport, Terminal 1. For North American customers (naturally the largest base for CSR cardholders) locations such Boston-Logan airport and subsequently other U.S. airport locations are going to follow soon.

If they plan to go against Amex Centurion Lounges, the bar is pretty high and the normal standard of The Club isn’t going to cut it. I’m looking forward to hearing more about this project and the U.S. locations in the coming year. 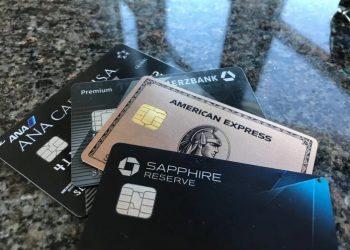 Today I'd like to highlight a problem that especially frequent travelers, unfortunately, have to deal with every now and then... 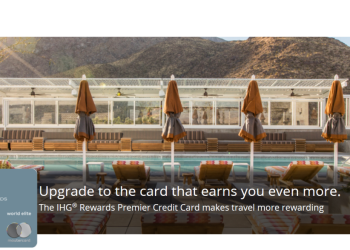 IHG had a significant hack in early September that completely took their systems down for two days, and it has... 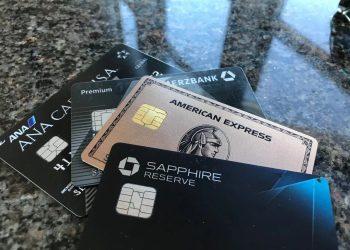 There are good news for Chase Sapphire Reserve cardholders as Chase and Lyft have rekindled their partnership and added a...