Today we want to look at a matter that a lot of inexperienced travelers fall victim to when booking with obscure OTA websites that suggest incorrect ticket inclusions when booking a flight.

I first noticed something is wrong with this particular site when a friend booked a flight from Thailand to Europe and after the purchase had a bunch of (paid) extras attached she didn’t know about.

Coincidentally the same site (KIWI) popped up on Kayak when I booked a last-minute one-way from Bangkok to Seoul this week, and I decided to check it out in detail.

Whenever I search for the route from Bangkok to Seoul, KIWI consistently shows the lowest prices as they seem to have access to certain consolidator fares, which isn’t unusual for Thailand departures: 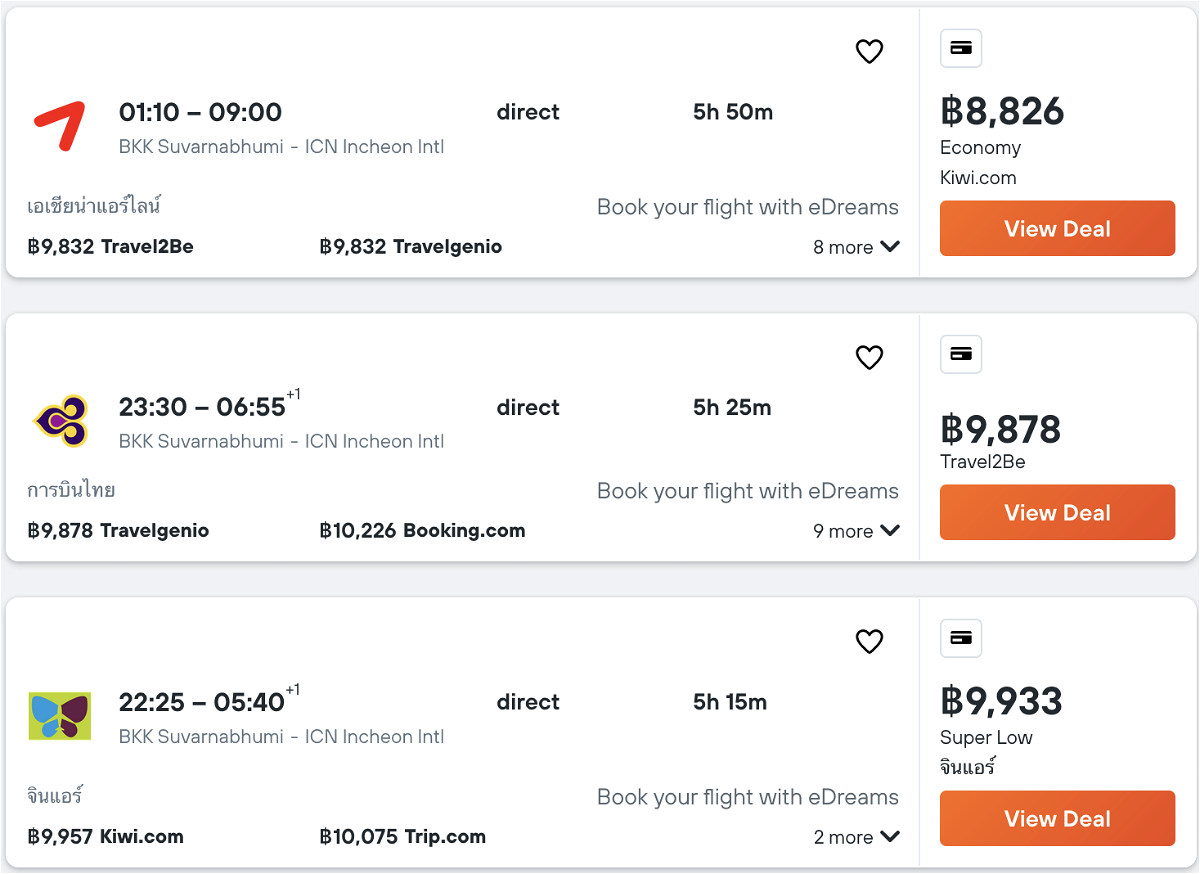 When you pull up the fare, the site tries to sell you a bunch of additions such as insurance, flexibility, premium customer care and also baggage.

While I think that the way they push some of these additions on customers are borderline (you actively have to deselect them) it becomes really shady as far as baggage is concerned.

Keep in mind this is a flight with Asiana – they don’t sell fares that don’t include baggage!

Here is how it shows up initially: 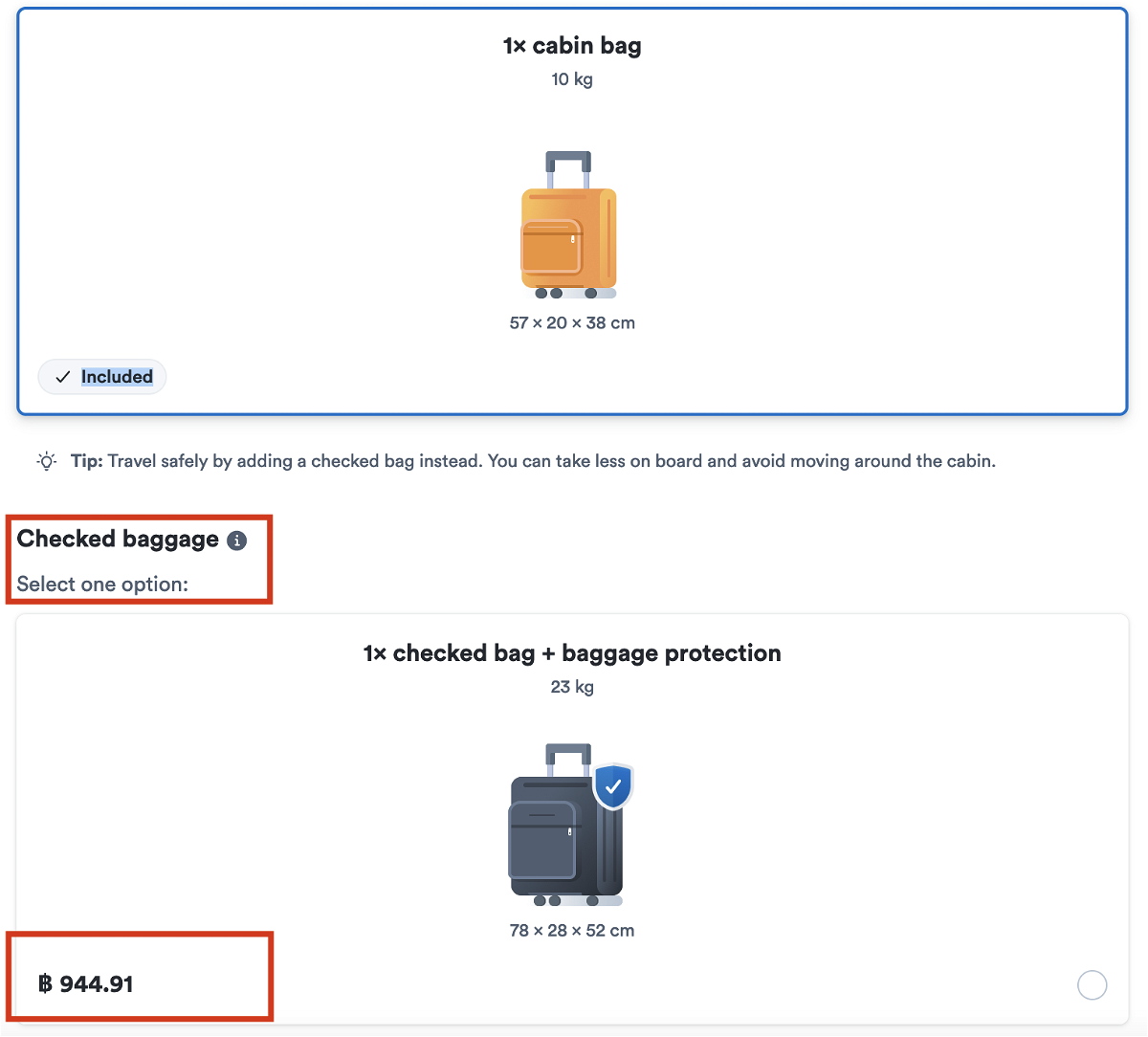 One gets the impression that this particular fare will only include a bag if you pay the extra 944 Baht fee.

When you click on the small question mark it reveals this explanation: 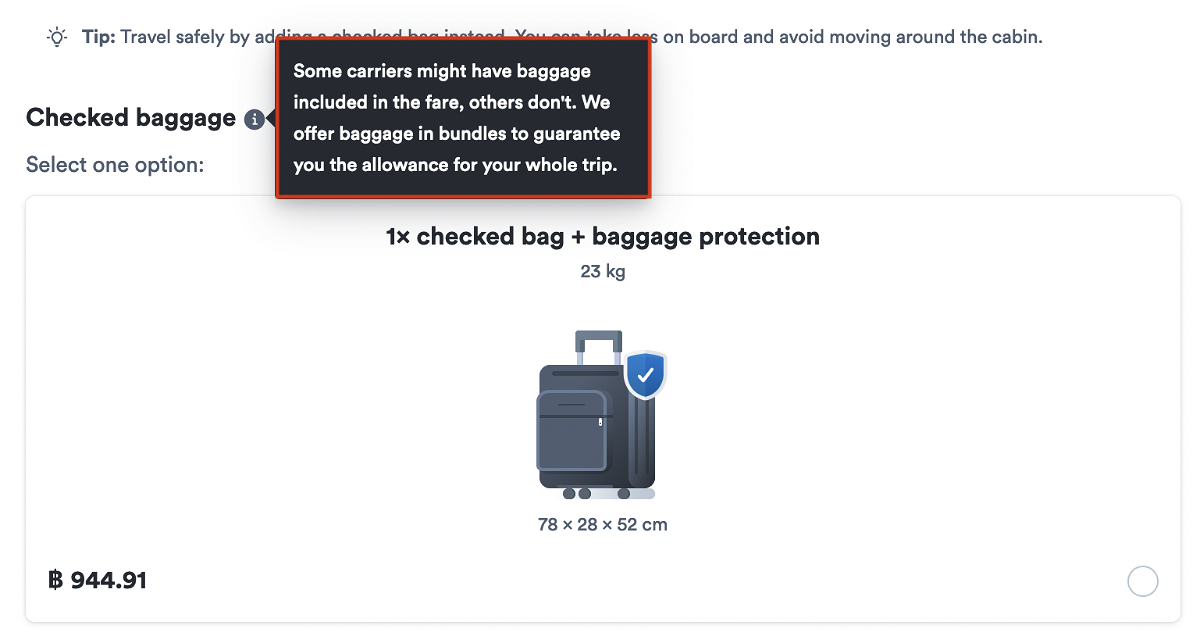 This doesn’t make any sense for the customer. KIWI doesn’t reveal if your fare includes baggage and instead pushes a $30 baggage bundle onto the passenger ‘just in case”.

When you look at the ticket on the Asiana website after issuance, it reveals that bags are included: 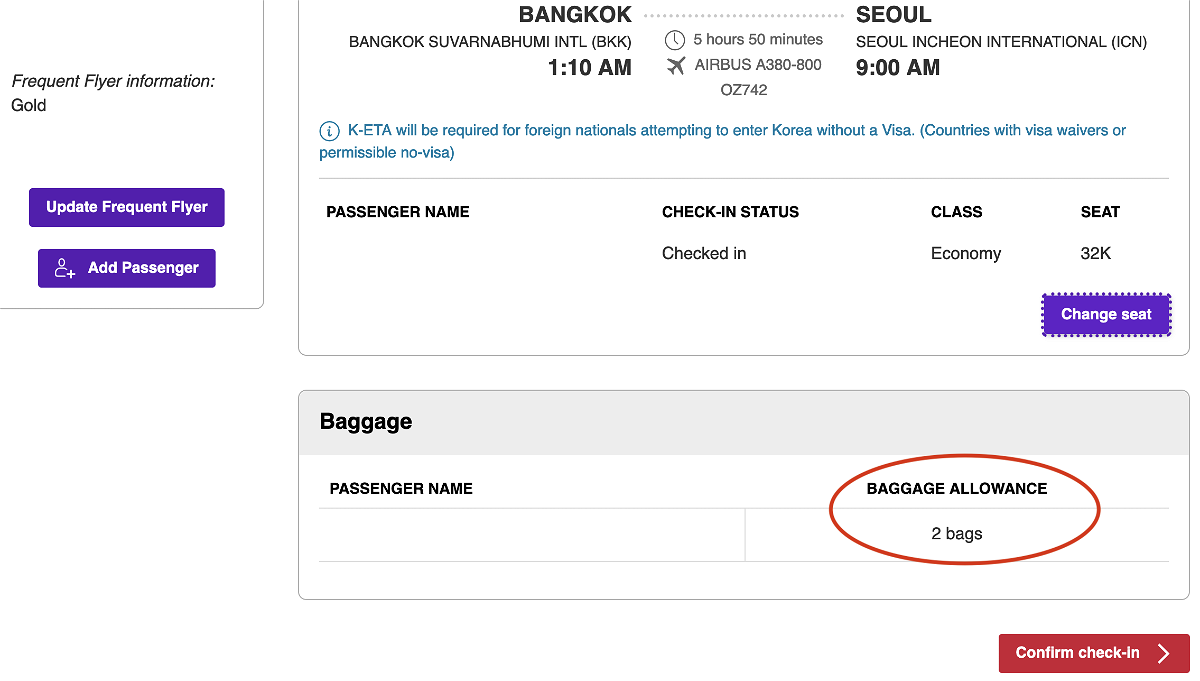 Obviously, I didn’t purchase baggage, considering I’m Star Alliance Gold and knew better than to fall for this scam, let alone that I’m not planning to check in a bag this time.

Customers booking through questionable ATO’s and other booking sites should always be wary of things that might be tagged onto their purchase. I’d also be careful about how payment is rendered and how fast tickets are issued. In many cases, it’s not instant and can take up to a day. I often has ATO’s also cancel my tickets saying the cheap fare is magically not available anymore, but they can offer a higher one.

It’s pretty clear that baggage with this KIWI ticket purchase is included either way, and passengers who had purchased the $30 option would have gotten nothing of value for their purchase.

I think the way they skirt around this and not make it a complete scam is that KIWI adds baggage insurance by Blue Ribbon so they can say the OTA provides something of value. Otherwise, I could see there being a legitimate basis for chargebacks, and the airlines might also take them on.

Airfare of the Day -Business Class- BRITISH AIRWAYS Boston to London from $2,254