It was quite interesting when I arrived in South Korea this weekend as not only was I extremely lucky with all lines being totally empty for once, but it also surprised me when the customs officer affixed a physical entry record to my passport again. 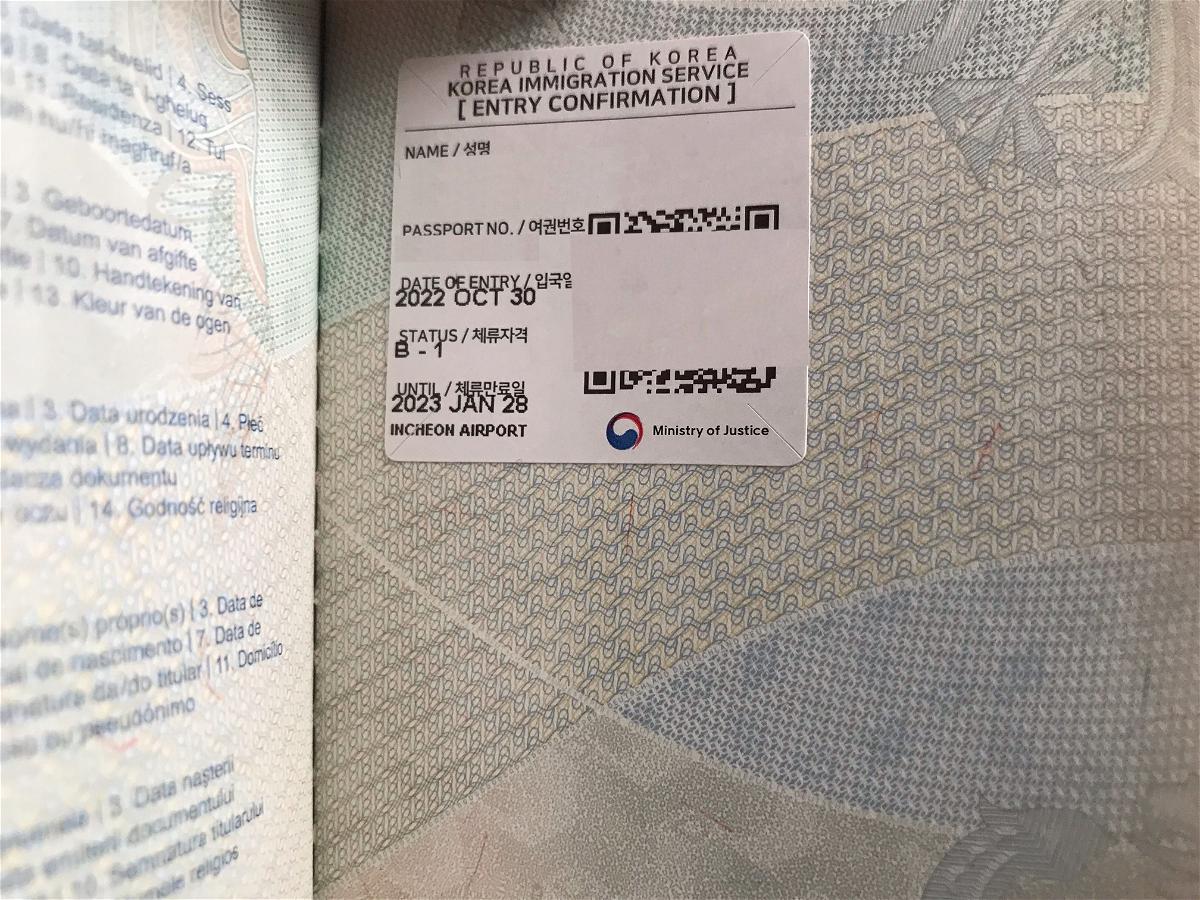 South Korea was one of the countries that previously stopped stamping passports and instead gave you a printed slip as an entry record, but this change which happened in 2018, lasted only three years.

The last time I visited Korea in April, I still got the printed receipt and that was the end of it, so I wouldn’t have expected that they changed policy and started stamping (stickering) passports again.

Here is my article from 2018 when they first stopped the stamping:

Reducing stamps makes life easier for frequent travelers as a large number of stamps mean renewing the passport more quickly, but it also takes away another novelty factor of traveling.

I’m always a little sad when yet another country eliminates passport stamps because a plainly printed arrival record leaves pretty much no memory as far as travel documents go. I’m one of these weird people that keep their passports after they have been renewed and invalidated.

I was actually successful in requesting an exit stamp back in April just to see if it’s available:

Travelers who enter a checkpoint where stamps are no longer given automatically might have the option of requesting one from the customs officer, be it for novelty or specific reasons.

There are sometimes good reasons for having a stamp in the passport as visual proof of when you have entered and left a country, and many places eliminating stamps doesn’t make it easier to reconcile your travel in some cases.

Some countries such as Thailand still use stamps (oh god, Thailand LOVES stamps for everything. The mere the merrier) while others, like Japan have been using printed stickers for a long time. Personally, I don’t mind either as long as I get something. But there are also countries with notoriously large stamps, such as Malaysia or especially Brazil. If you’re a frequent visitor there then you better get a larger passport or renew frequently.

If you’re a part-time resident in a foreign country, there might also be a practical aspect to having proof of actually staying abroad for 180+ days for purposes of tax liabilities. I have run into a situation where I was asked by tax authorities to provide such proof, and a copy of the passport stamps was satisfactory.

When entering certain countries, you will find that they no longer provide entry/exit stamps and we have reported about some of them here on LoyaltyLobby over the years. While this has mostly presented an annoyance based on novelty factors such as simply missing the stamps in some cases there are very practical reasons why stamps do indeed make sense.

I for one am quite happy that Korea started to attach little entry stickers again. Not that I was ever asked for it when I checked in at a hotel but having all your entry/exit records handy without keeping an extra side collection of receipts is just so much more practical.

Passport Stamps have - sadly - become increasingly rare these days as many countries have stopped stamping passports and instead...