A 31-year-old female U.S. citizen arriving at Munich Airport in Germany this week was stopped by German Federal Police as she tried to smuggle a handgun into the country. 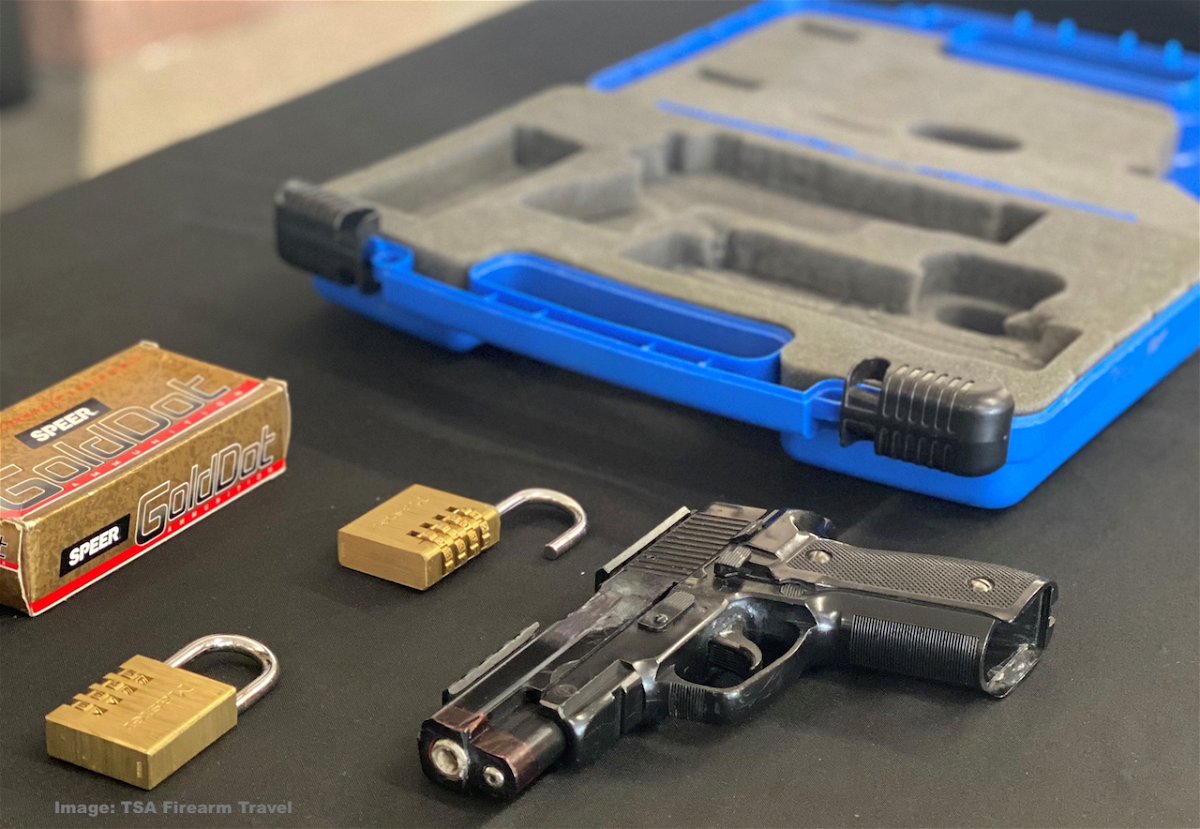 The firearm was checked in properly with the airline using a safe travel case and proper declaration, though that doesn’t entitle the owner to take a gun into another country with strict laws.

According to various  news reports in Germany the passenger stated she was carrying the gun for self-defense, not as part of a sporting event or the like.

A 31-year-old had the gun in her luggage when she arrived from America. According to her own statements, she wanted to defend herself against possible dangers, a police spokesman said on Friday.

She brought the gun in a gun case. The attempted smuggling was blown up in mid-October when customs officers accidentally pulled the 31-year-old out for a check. The police seized the weapon and are now investigating the violation of the weapons law.

I’m pretty certain this “check” wasn’t random but that customs already knew that a gun was checked in and arrived as part of checked baggage at the baggage claim.

It goes without saying that it’s illegal to bring a firearm into Germany for purposes of self-defense. Under certain conditions, athletes might be able to bring their gun or rifle for sporting competitions, but that requires a lot of documentation.

A few years ago, another woman traveling to Japan on Delta Air Lines took her handgun with her but that was in her carryon baggage, and TSA didn’t even catch it upon departure:

She was subsequently denied entry to Japan and returned to the U.S. after realizing her mistake and she notified authorities upon arrival.

Passengers departing from the U.S. can officially check in a firearm with their airline but have to follow strict regulations as outlined on the TSA website.

TSA and airport officials want travelers to know that firearms can be transported on a commercial aircraft only if they are unloaded, packed in a locked, hard-sided case and placed in checked baggage. Ammunition should be placed in its original packaging. Any type of replica firearm or firearm parts are also prohibited in carry-on baggage and must be transported in checked luggage.

At the airport during the check-in process, a passenger needs to go to the airline ticket counter to declare the firearm, ammunition and any firearm parts. Prior to traveling, passengers are encouraged to check gun laws and regulations at their destination to ensure they are in compliance with local and state laws. TSA also recommends travelers check with their airline prior to their flight to ensure they comply with any airline-specific requirements.

TSA has additional traveler information specifically related to the transportation of firearms and ammunition.

Passengers still have to abide by the customs laws and gun laws of their destination so just because you can check something in with your airline as it happened in this case doesn’t mean you can legally enter your destination with it.

A female U.S. passenger traveling to Munich, Germany was stopped by federal police at customs when she attempted to go through with her handgun travel case without declaring the item (not that it would have mattered, it’s illegal to carry such a firearm in Germany).

The gun was confiscated, and the police are now investigating the matter as a crime as the traveler is in violation of Germany’s firearm and customs laws. According to the article she wasn’t detained pending the outcome of this investigation. Though I’m sure her passport is flagged (or withheld) and she won’t be able to just leave the Schengen zone.

Airfare of the Day -QSuites- QATAR AIRWAYS Jakarta to New York from $2,636