An Iranian refugee whose real name was Mehran Karimi Nasseri but who came to be known to the world by his adopted name “Sir Alfred” has passed away this weekend at the same place that played such a pivotal role in his life since 1988, the departure halls of Paris Charles de Gaulle Airport. 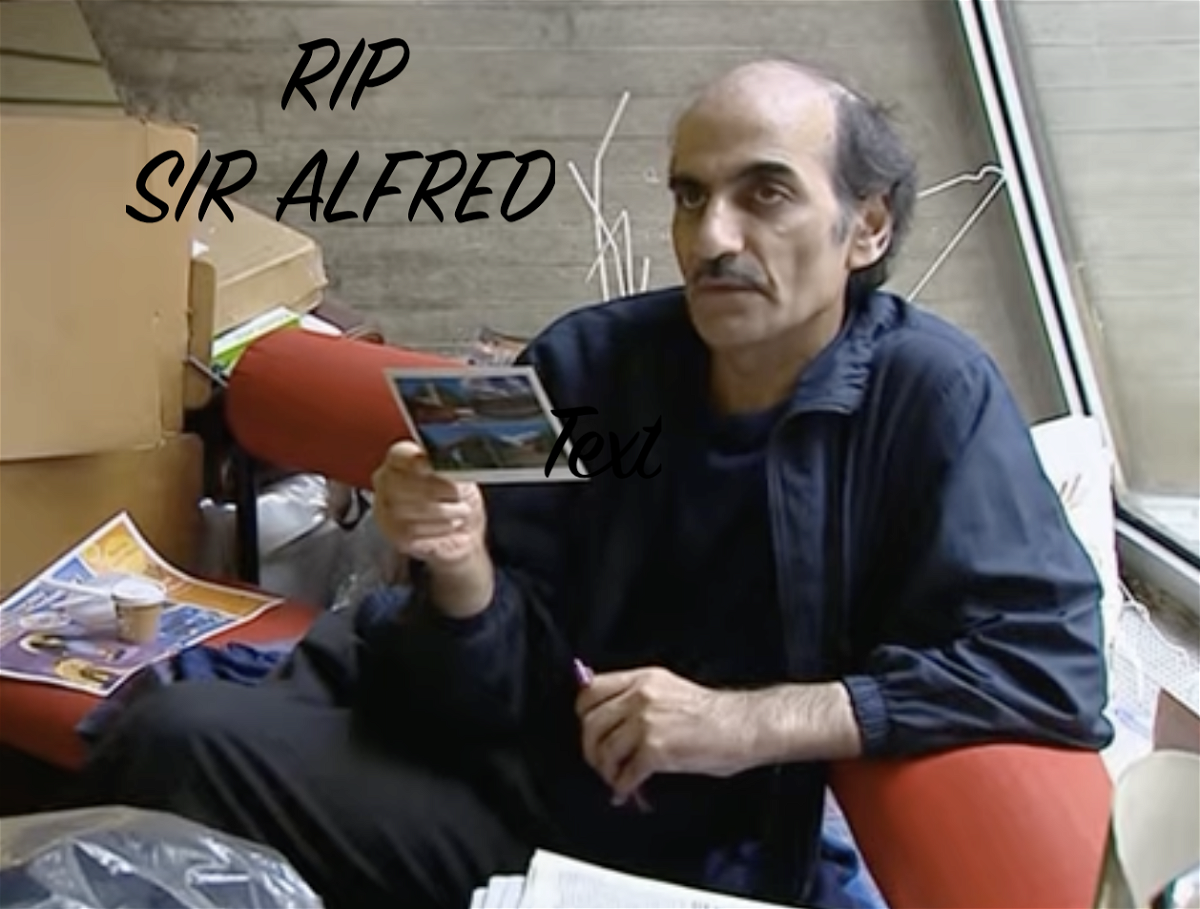 Mr. Nasseri or “Air Alfred” arrived in 1988 at Paris Airport as a transit passenger to the UK where he was eventually denied entry and returned to Paris, followed by him living in the CDG transit area for 18 years which later inspired the Hollywood movie “The Terminal”.

The story of Sir Alfred is a mixture of sadness, mystery, and fascination to me as I remember first hearing about the man when I was a young child and over the years this turned into an occasional documentary or news report, eventually culminating in the famous Steven Spielberg movie that was in many ways based on the life story of Nasseri and for which he actually received a payment.

Here is a report from France24 about his passing:

CNN writes that Nasseri who got residence papers as a refugee in France back in 2006 had recently returned to Charles de Gaulle Airport following a stay at a nursing facility.

Mehran Karimi Nasseri, the man who had lived inside the Paris-Charles de Gaulle airport for years and inspired Steven Spielberg’s 2004 film “The Terminal”, died Saturday at the same airport.

Nasseri was pronounced dead by the airport medical team at Terminal 2F and had died of natural causes, a spokesperson for the airport told CNN.

Nasseri, an Iranian refugee, was en route to England via Belgium and France in 1988 when he lost his papers and could not board a flight nor leave the airport and was stuck in limbo until 2006.

He had “returned to live as a homeless person in the public area of the airport since mid-September, after a stay in a nursing home,” the spokesperson said.

The spokesperson added that Nasseri was an “iconic character” at the airport and that the “whole airport community was attached to him, and our staff looked after him as much as possible during many years, even if we would have preferred him to find a real shelter.” …

It’s notable that the deceased was 76 years old so by that’s definitely a high age for a male who hasn’t lived the most comfortable or healthy life although he received medical treatment during his time at CDG and according to news reports he lived almost exclusively off McDonald’s meals as that was one of the restaurants in the transit area.

Nasseri also kept a bank account at the post office inside the same terminal where he deposited money from donations or media appearances as well as a sizeable US$250,000 check from Steven Spielberg’s production company.

Despite offers from welfare officials and lawyers that tried to help him obtain refugee status in France he refused to leave the airport for many years as the documents provided to him carried his real name but not “Sir Alfred”. This was in the late 1990s and since then he was simply “stuck” voluntarily at the airport.

Eventually, he had to be taken to an outside hospital due to a medical emergency in 2006 and has since lived in various areas of Paris and its suburbs. With his savings eventually depleted, he was reportedly destitute, homeless, and still stateless at the time of his death last week. I’m surprised that media reports and Wikipedia still refer to him as stateless despite him having lived in France officially since 2006. He would have most likely been long eligible for naturalization though he probably didn’t care.

This documentary gives a more comprehensive look at his life:

There are certain parallels between “Sir Alfred” and the character Tom Hanks played in “The Terminal” but of course, real life is most often too mundane for Hollywood so they took the skeleton story and filled it with a fictitious body.

While the movie which showcased New York City JFK had many flaws such as featuring a non-existent transit area and other things that couldn’t have happened in real life, Nassiri’s life at Paris Airport where there are transit areas was in fact much more simple and as I said, mundane. Watch one of the documentaries, it’s fascinating and disturbing.

The man who inspired The Terminal movie, a man who was commonly known as “Sir Alfred” for the better part of two decades while living at Paris Charles de Gaulle Airport just passed away, following a heart attack. He had returned to the airport as a homeless person after being a refugee in France for the last 16 years.

In the end, no matter how illustrious his life story sounds, it’s one filled with human tragedy and suffering. At the end of his time and being homeless again, he probably sought to spend his last years at the place that gave him comfort in the past – Terminal 2F of Charles de Gaulle where he suffered a heart attack on November 12th and passed away. RIP Sir Alfred!